Sporting KC spends the day at the Kansas City Zoo 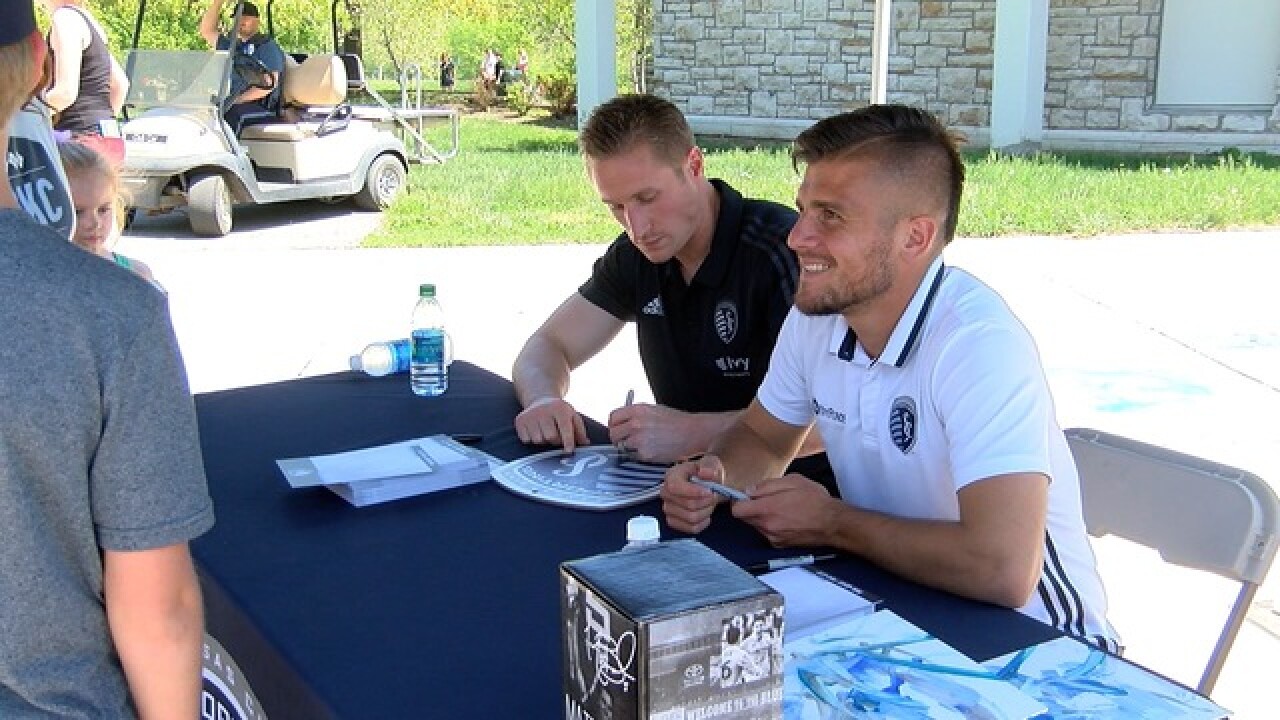 Copyright 2018 Scripps Media, Inc. All rights reserved. This material may not be published, broadcast, rewritten, or redistributed.
<p>Sporting KC Goalkeeper Tim Melia (left) and Forward Diego Rubio (right) sign autographs for fans at the Sporting KC Day at the Zoo.</p> 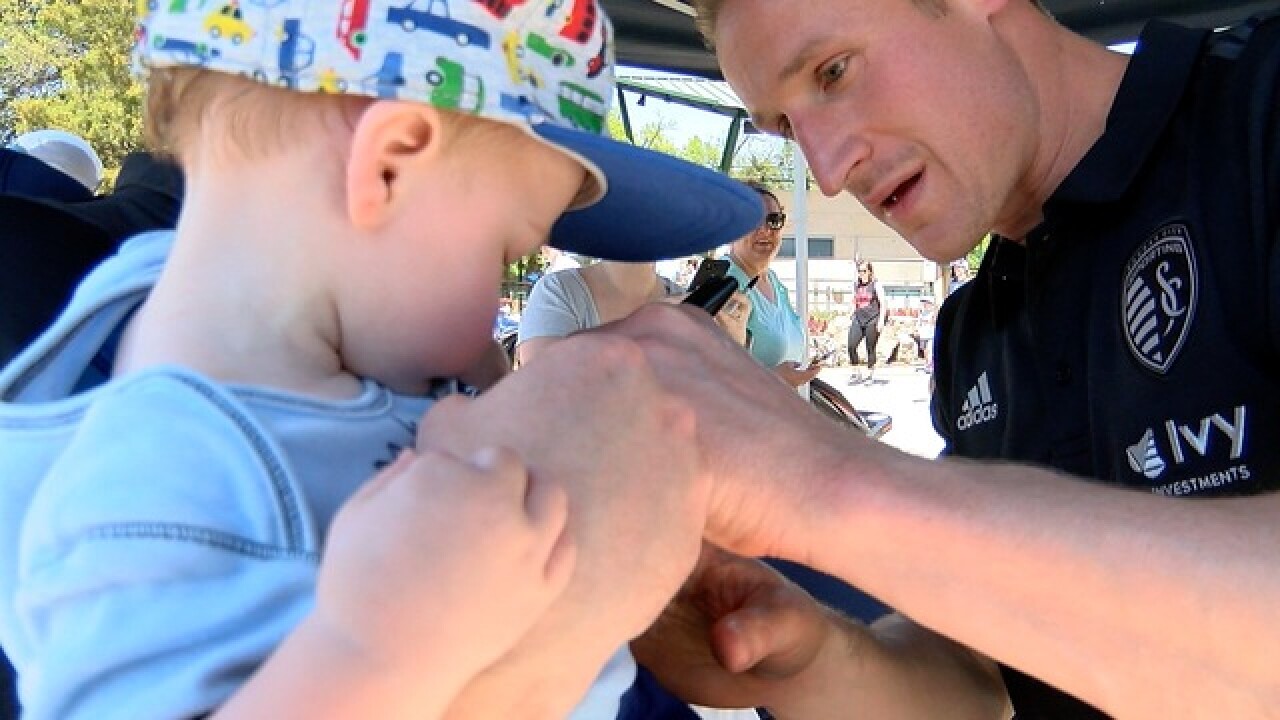 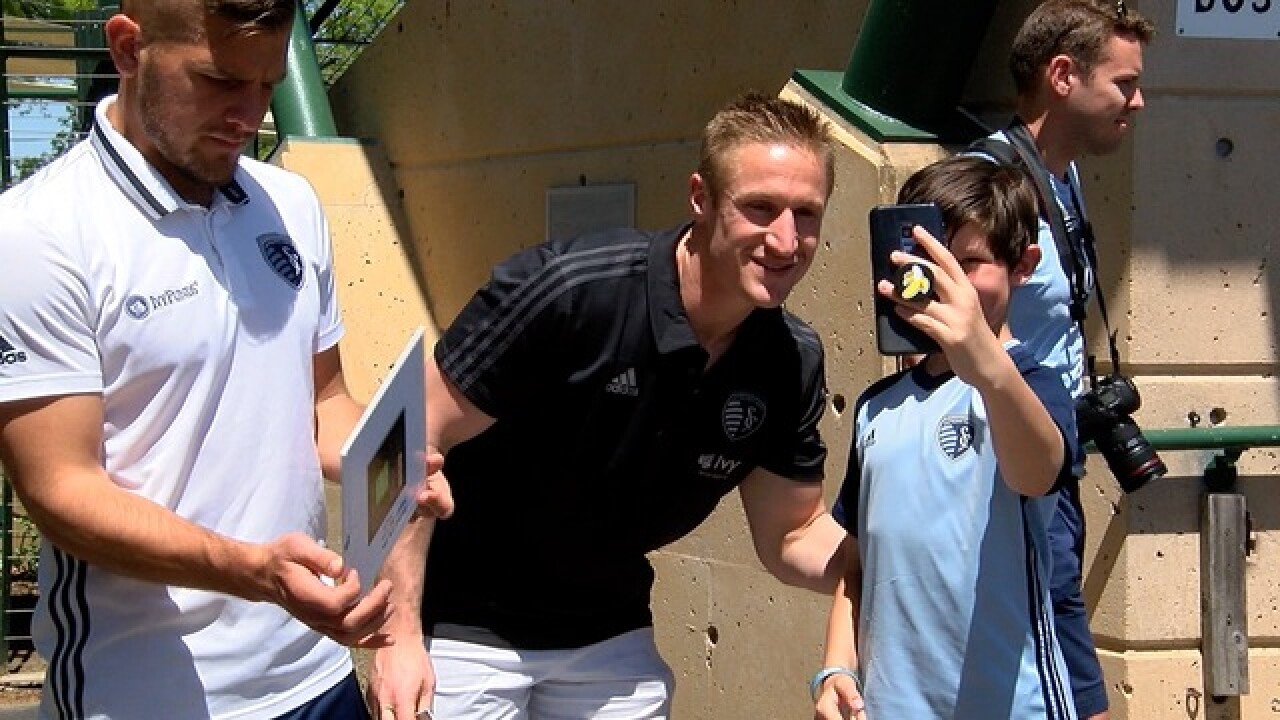 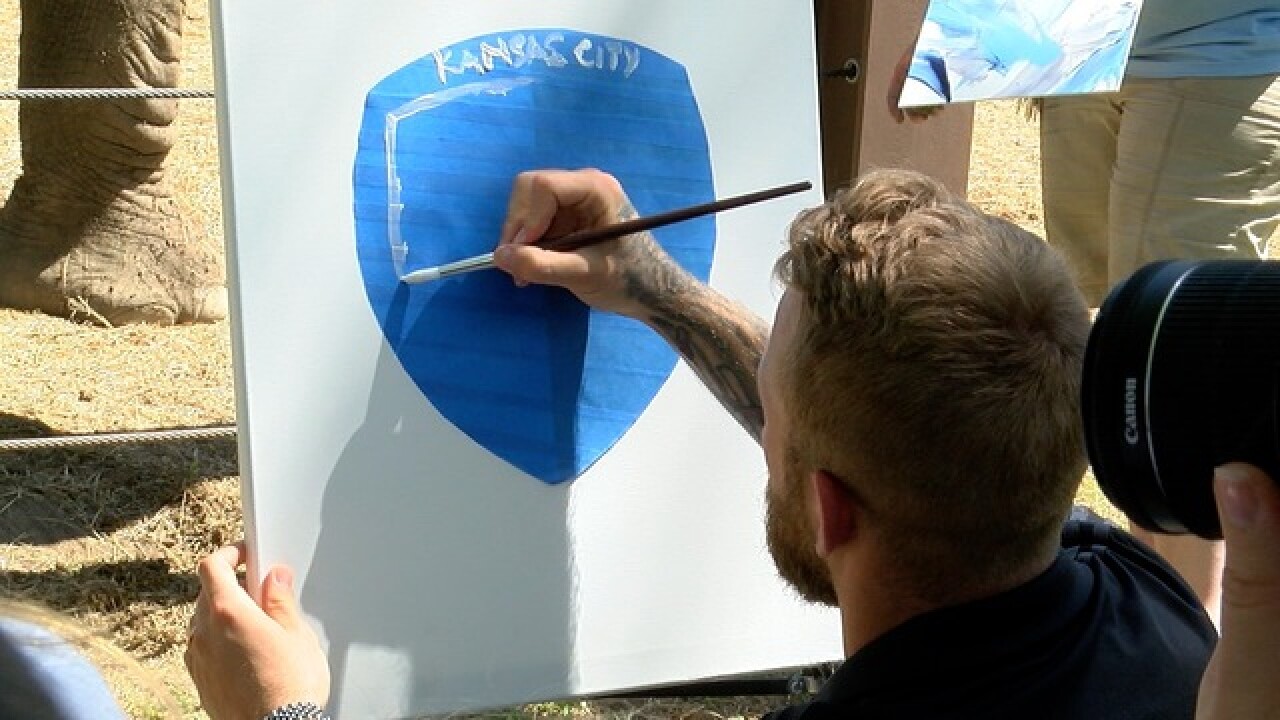 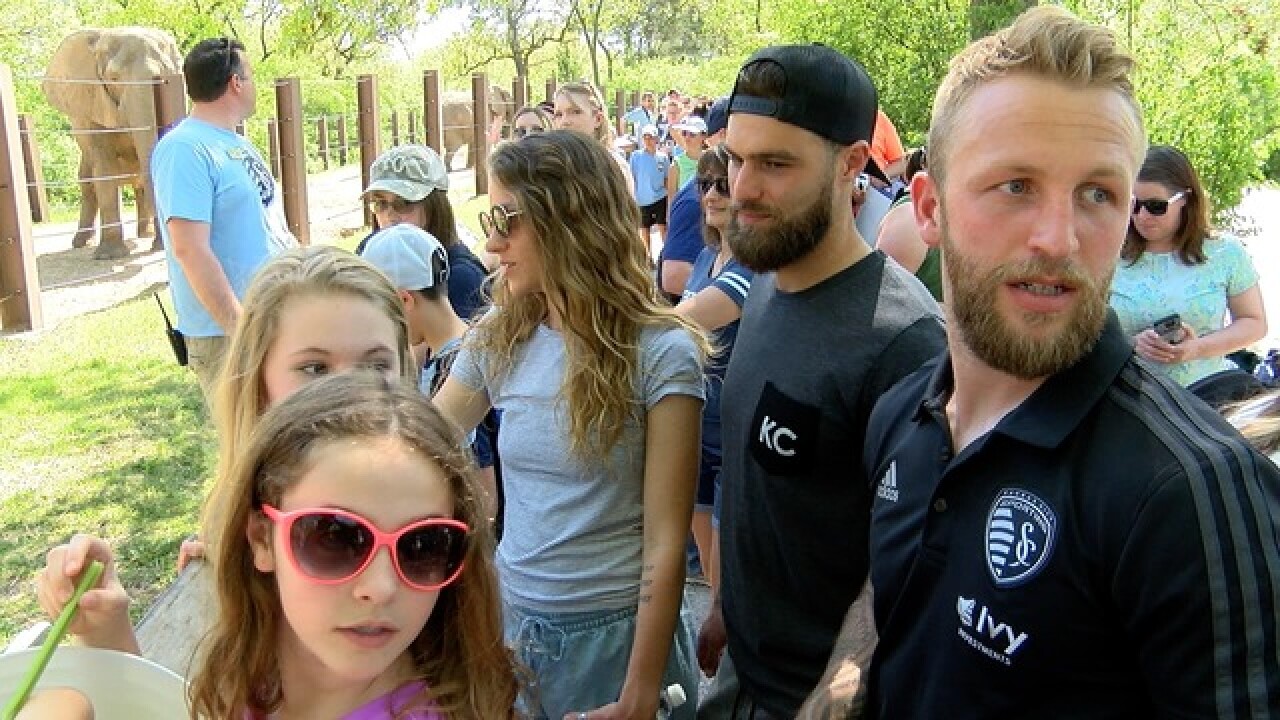 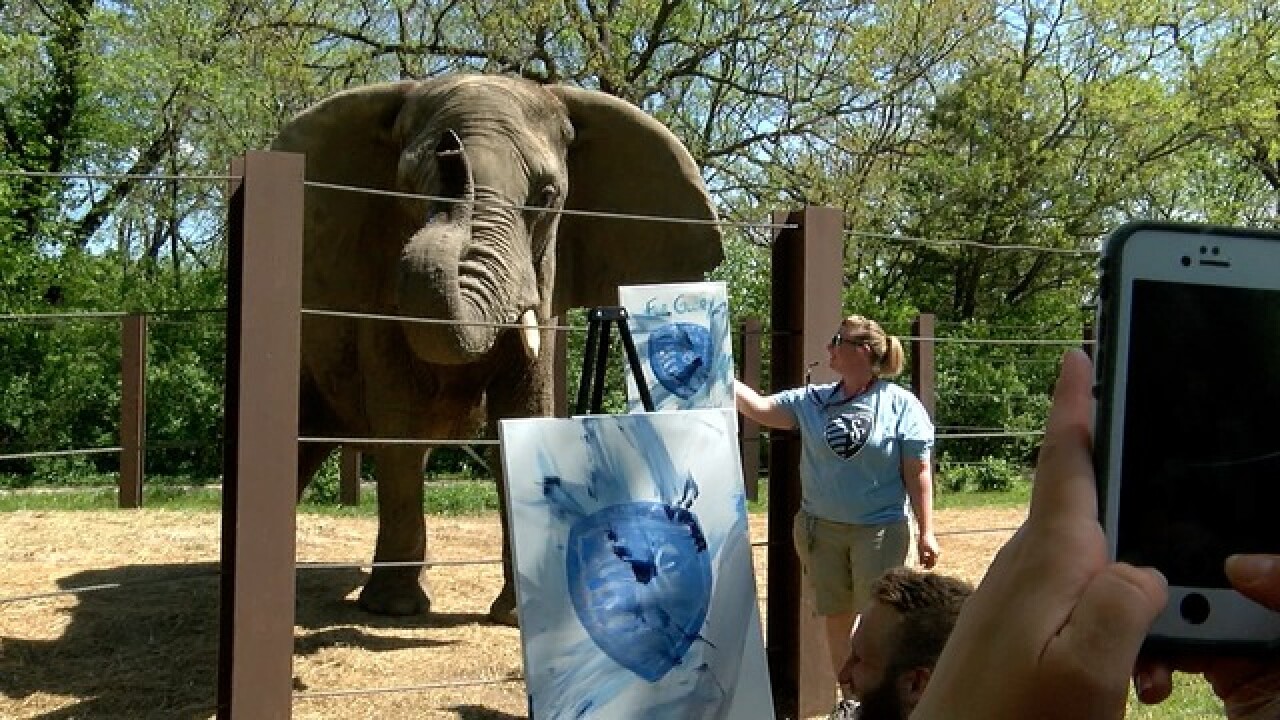 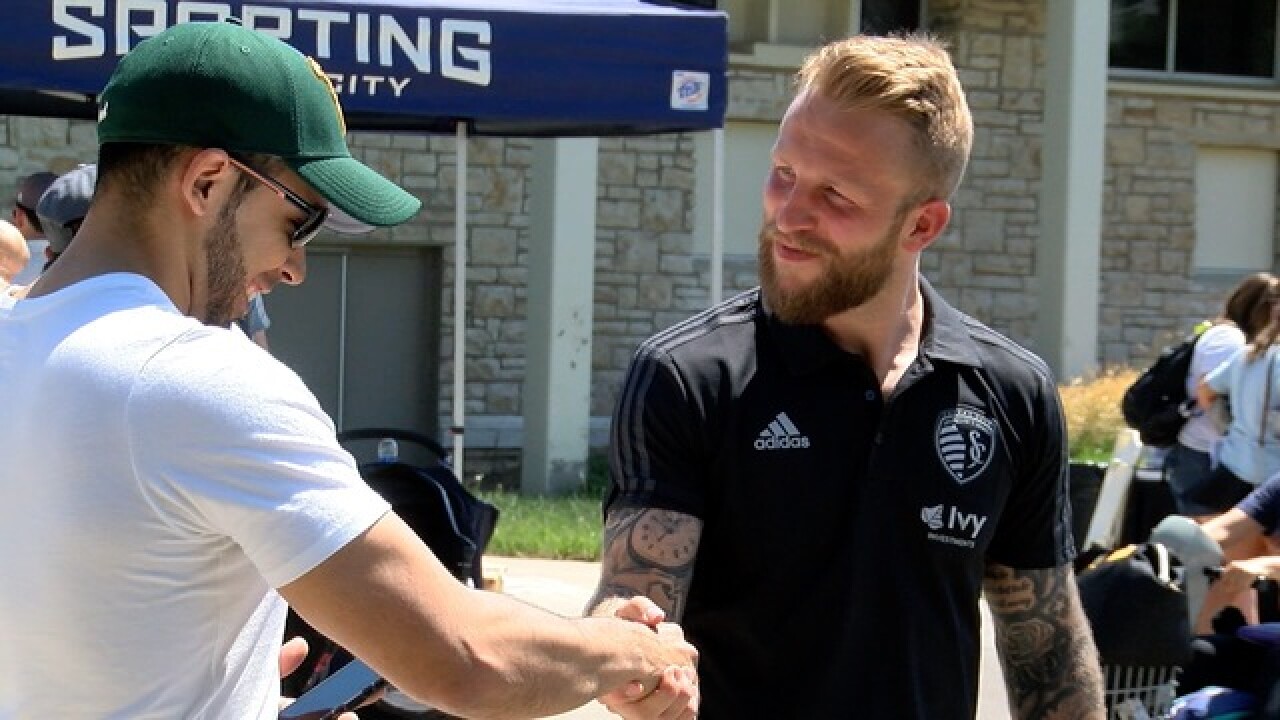 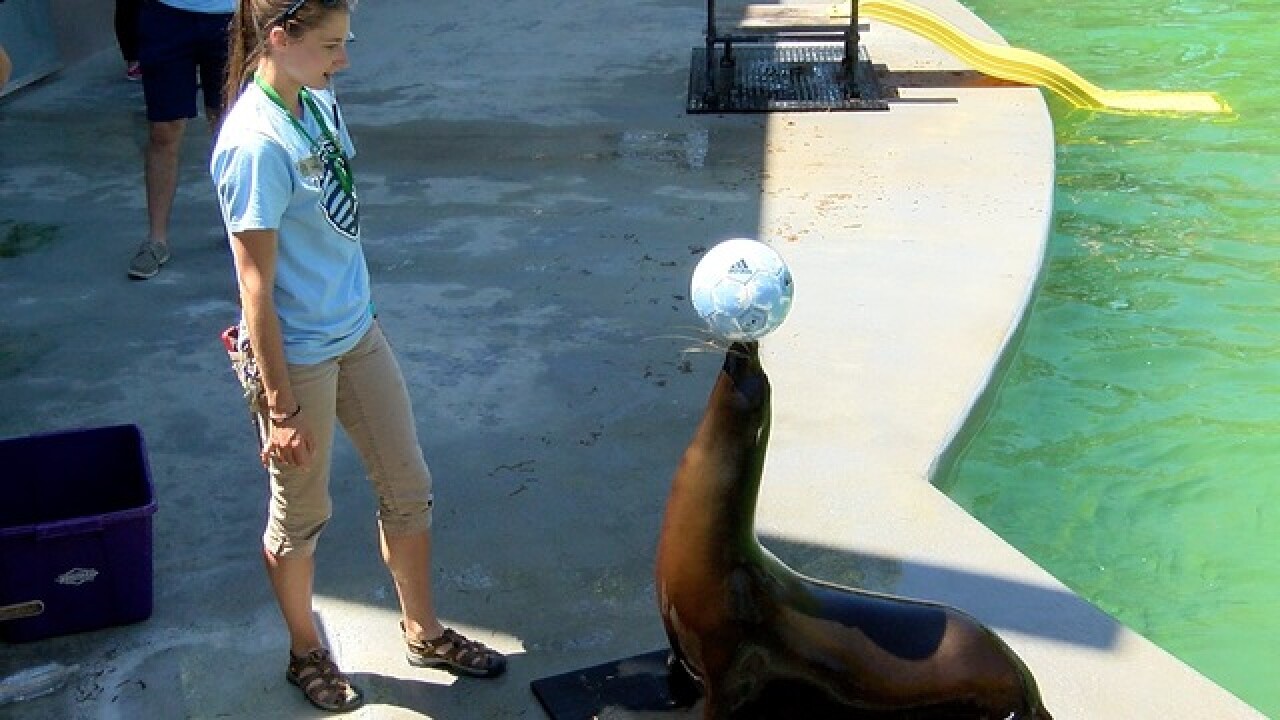 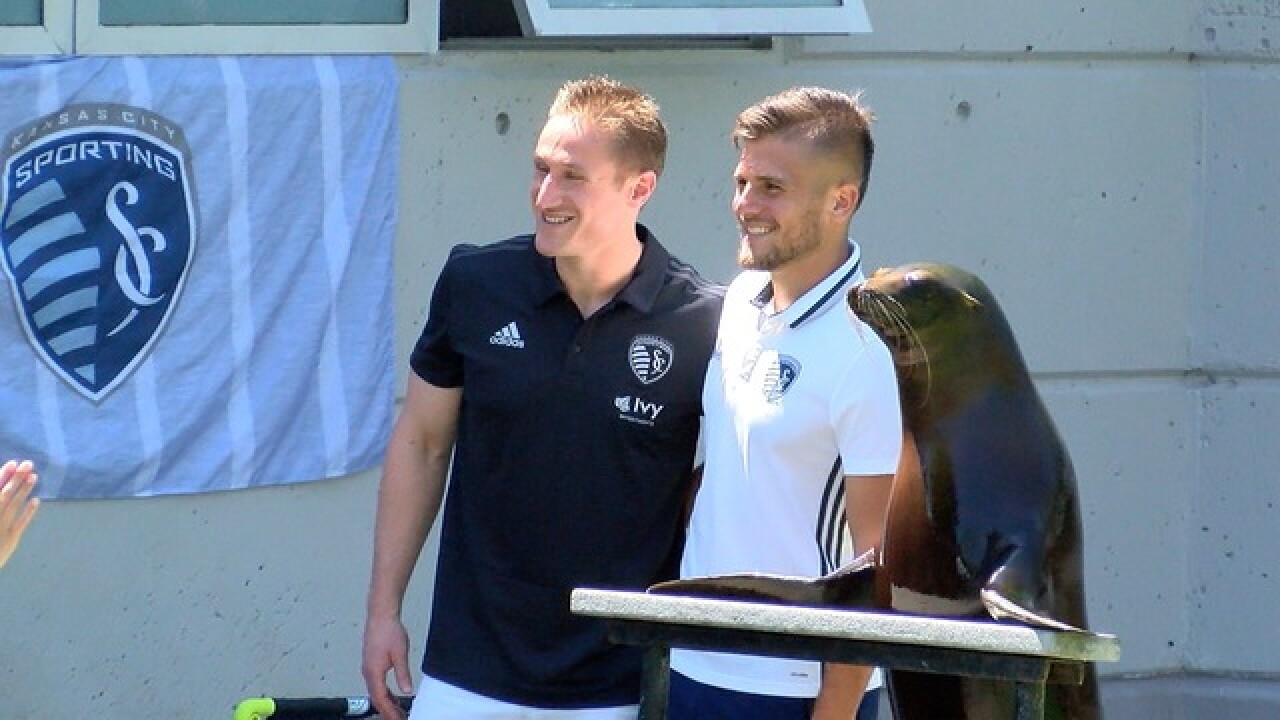 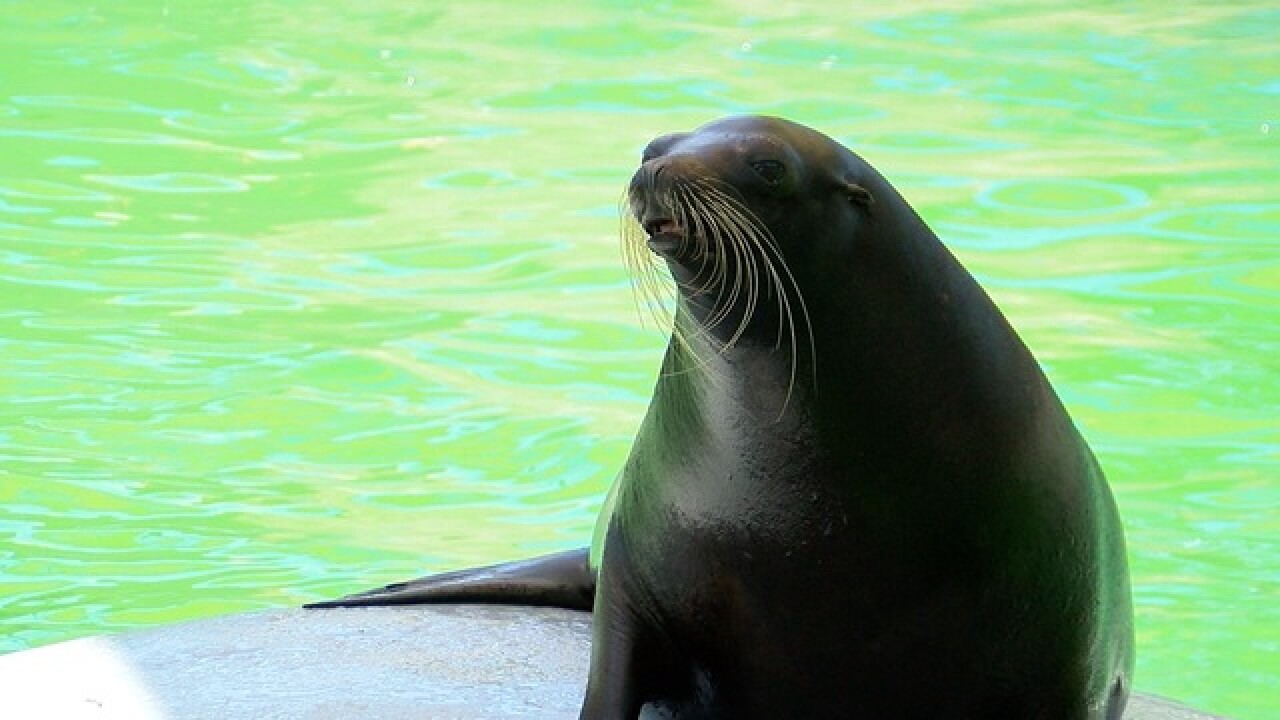 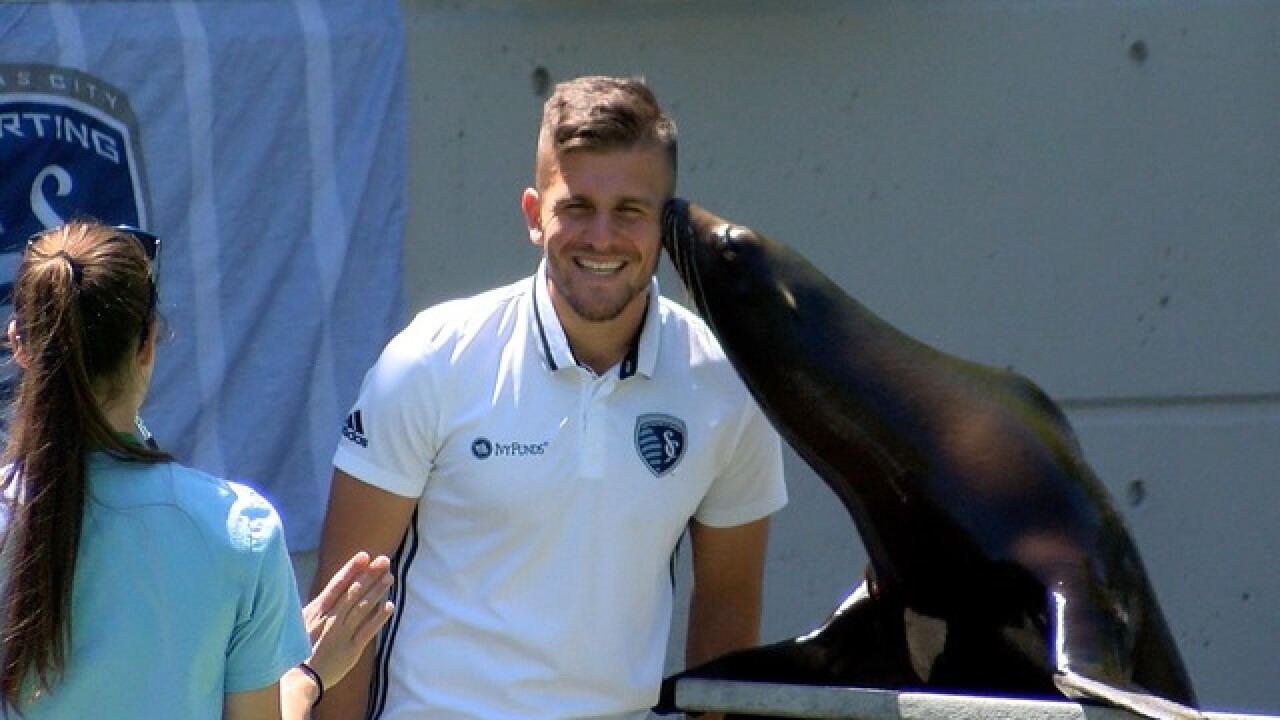 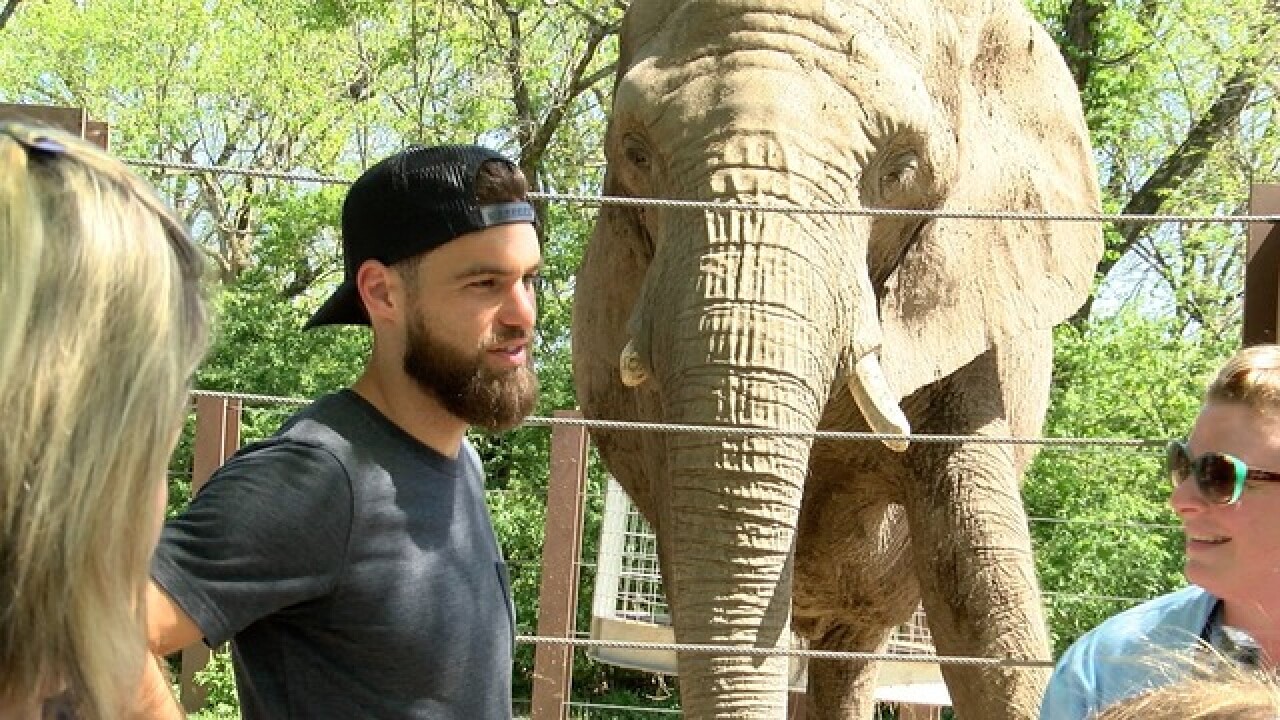 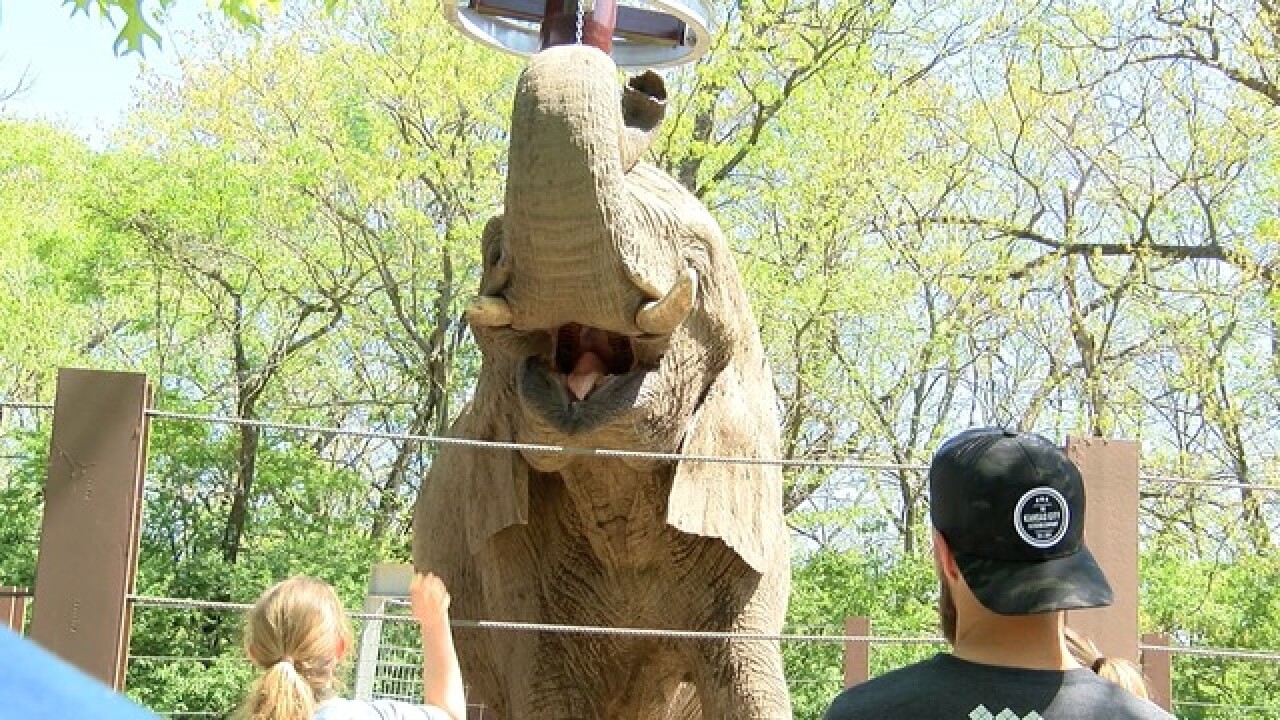 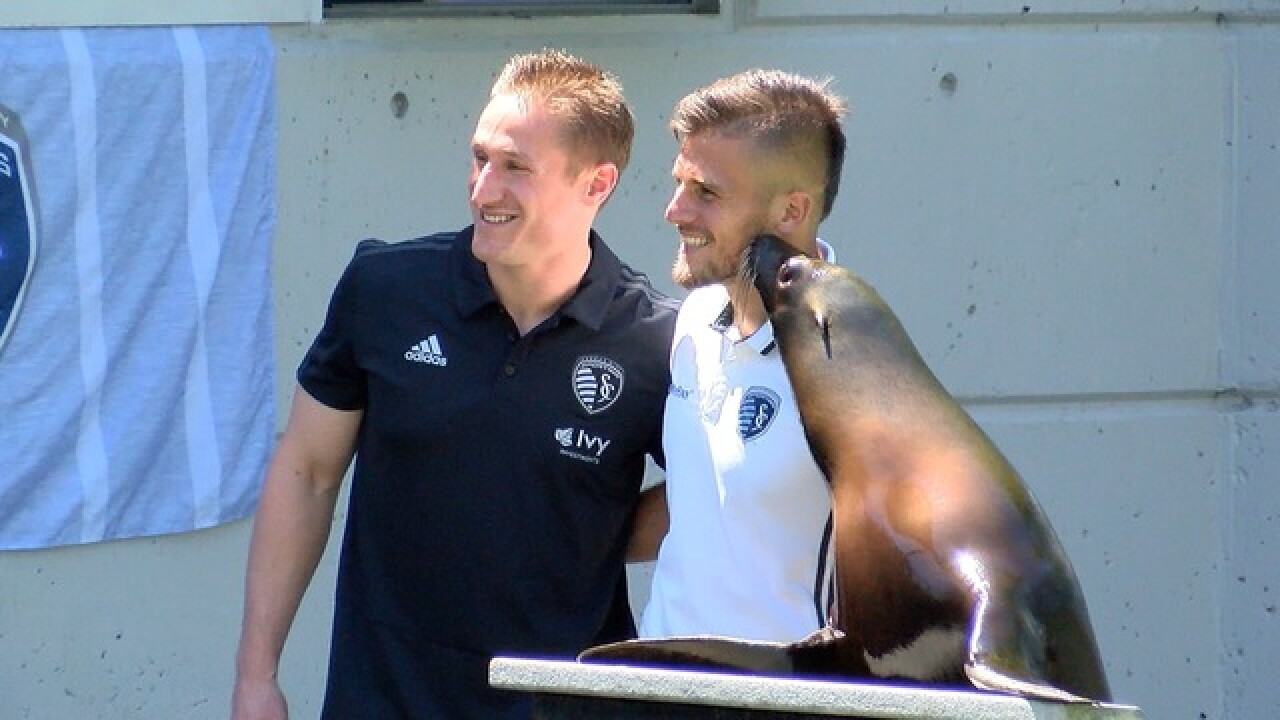 It's not every day you see multiple Sporting KC players at the zoo. However four players: Graham Zusi, Tim Melia, Johnny Russell & Diego Rubio spent time with their families and other fans at the Sporting KC Day at the Zoo. It was not only a chance for the players to relax on a day off. But, it was also an opportunity for them to meet the fans.

"Yeah, of course, it's always nice to do, you know, appearances like this where you can. And, to [be] with the fans like outside of the sport," Russell said. "You know, stuff like that's always beneficial. And, I think at Sporting, they do a lot of that."

The players took time to sign autographs, take pictures, give hugs and shake lots of hands. Sporting KC defender Graham Zusi was very happy that he was celebrated among his fans at the zoo.

"Any chance we get to kind of give back to the fans and show how much we appreciate them, jump at the opportunity," Zusi said. "It's a beautiful day out here in Kansas City today. [It's] a great crowd of SKC fans. And, I'm looking to hang out with them and chat a little bit and paint some elephants.

Earlier in the day, Sporting KC goalkeeper Tim Melia and forward Diego Rubio got the chance to play with the sea lions while forward Johnny Russell and defender Graham Zusi painted the elephants. Tim didn't know what quite to expect when he and Rubio joined the instructors on the platform with the sea lions during a show.

"It was cool. I was a little hesitant. But, I mean, they're extremely trained. I mean, they just blow the whistle. And, they flip in different directions throwing high fives," Melia said. "I think the sea lion has a better touch then I do with a soccer ball. I would to go jump right out and swim with them. It would be a little scary. But, I think the way they were trained, I think I'd be okay."

Zusi and Russell painted the elephants and gave them treats. Graham said he had painted elephants before. But, Johnny didn't know what to expect.

"I haven't [done this]. No, so this [is] my first experience. You know, I've never actually seen an elephant up close you know," Russell said. "You know it's something I'm looking forward to. I don't know. I've got no idea. So, I just got asked if I'd be willing to do it. They said you can bring the family along. So, it's a beautiful day and [it gets] them out and gets them to see the animals as well."