Sporting KC to kick off 2020 season in Canada 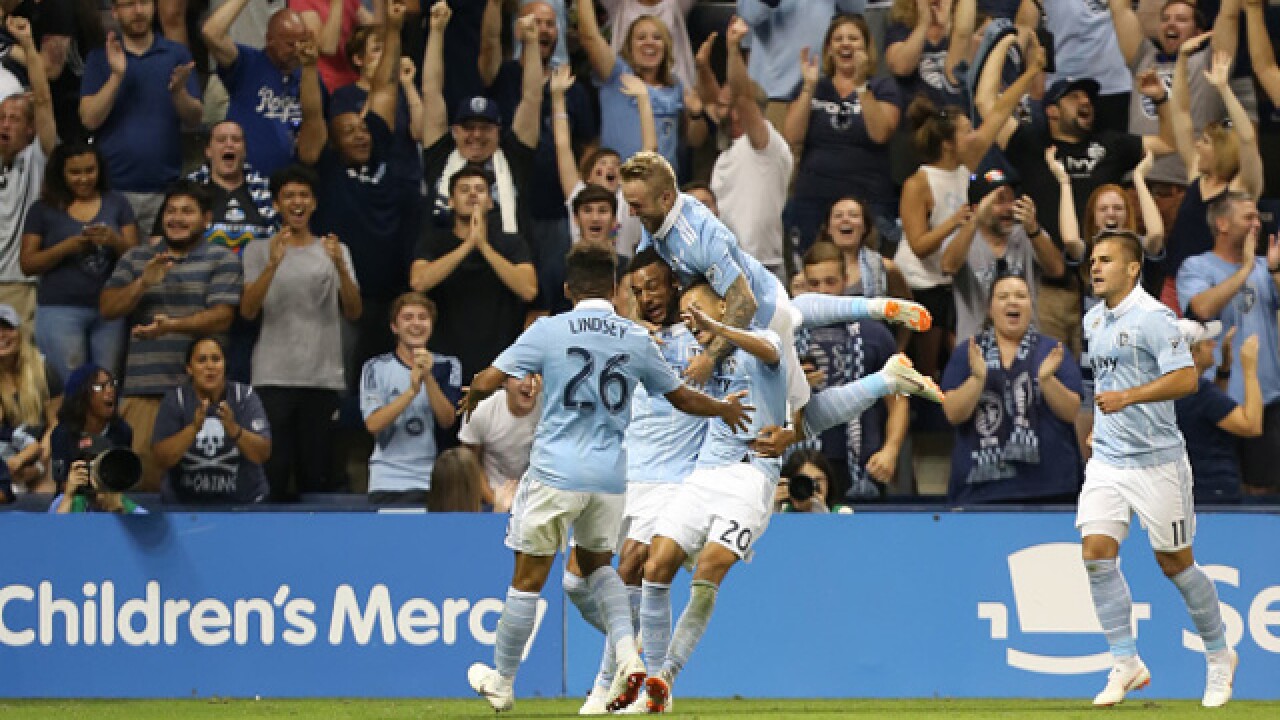 Copyright 2018 Scripps Media, Inc. All rights reserved. This material may not be published, broadcast, rewritten, or redistributed.
Icon Sportswire
<p>KANSAS CITY, KS - JUNE 23: Sporting Kansas City forward Khiry Shelton (14) is mobbed by teammates after scoring the decisive goal in the 88th minute of the second half of an MLS match between the Houston Dynamo and Sporting Kansas City on June 23, 2018 at Children's Mercy Park in Kansas City, KS. Sporting KC won 3-2. (Photo by Scott Winters/Icon Sportswire via Getty Images)</p>

Kansas City’s Major League Soccer team released its 2020 schedule Thursday, with the season opener set for 9:30 p.m. on Saturday, Feb. 29, in Vancouver against the Whitecaps.

The first chance for Kansas City fans to see the team at Children’s Mercy Park in Kansas City, Kansas, will come the following Saturday, March 7, against rival Houston Dynamo.

Thirteen of the team’s 16 home games will fall on a Saturday – a fact the team hopes will allow fans to catch more games. Of the other three home games, two are on Sundays.

Due to the expansion of MLS, Sporting KC won’t face every team in the league – a first for the team. Sporting’s schedule does not include matches against D.C. United, the New York Red Bulls and Inter Miami CF.

More information and tickets are available on Sporting’s website.