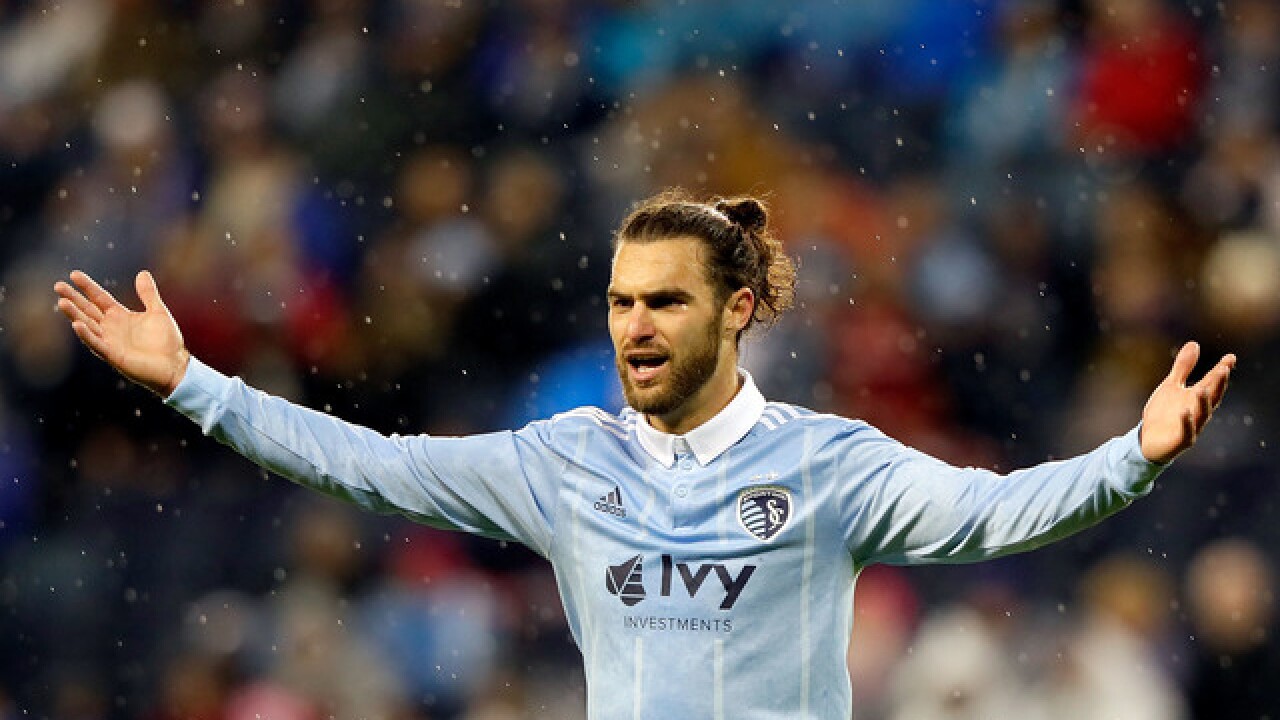 Zusi slipped behind the defense and ran onto a long well-played ball from Jimmy Medrandabefore chipping it over a sliding defender and goalkeeper Stefan Frei in the 78th minute.

Ilie Sanchez converted from the spot to give Sporting (4-1-1) a 1-0 lead in the 34th minute after Johnny Russell drew a foul in the area against Nouhou Tolo.

Will Bruin scored Seattle’s first goal of the season, making it 1-1 in the third minute of first-half stoppage time. Nicolas Lodeiro’s long throw-in was headed by Chad Marshall on the left side of the box to Bruin, who tapped it in with the outside of his foot from point-blank range. Christian Roldan gave the Sounders (0-3-1) a 2-1 lead in the 73rd with a low one-timer from the top of the box off a feed from Bruin.

Frei made a diving stop of a slow roller by Roger Espinosa in the first minute of injury time.

Sporting is unbeaten in its last five.