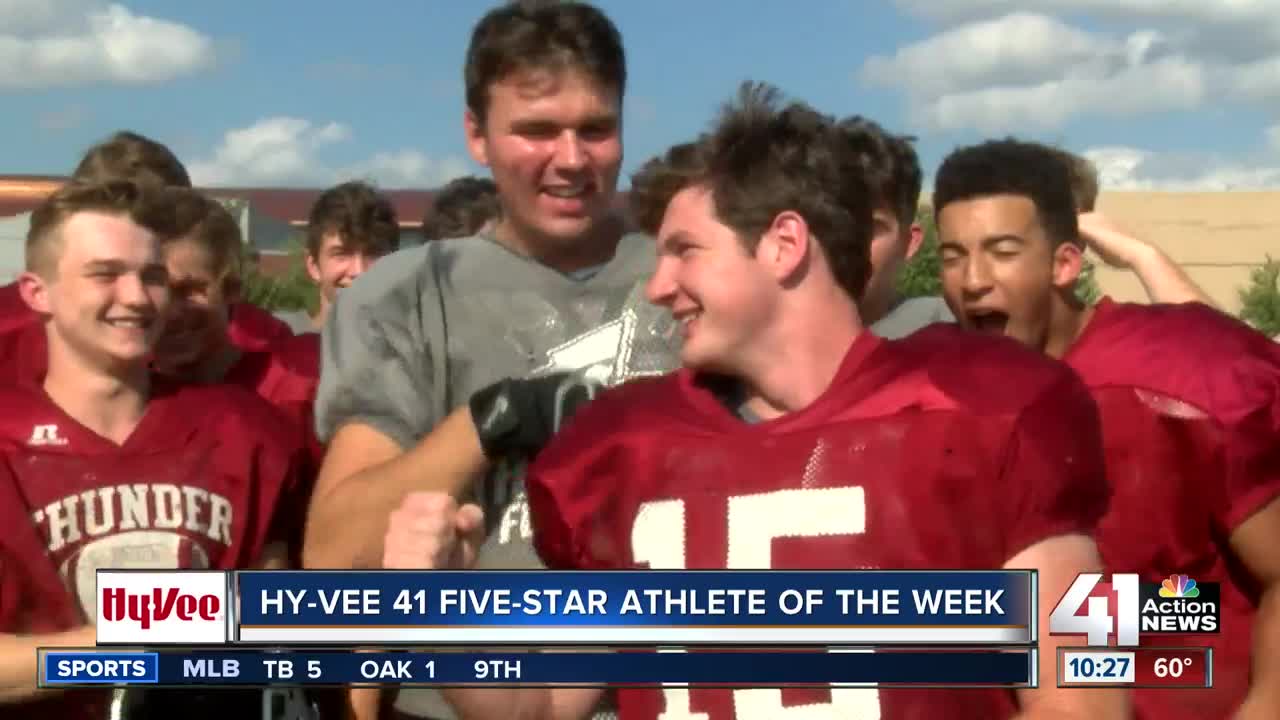 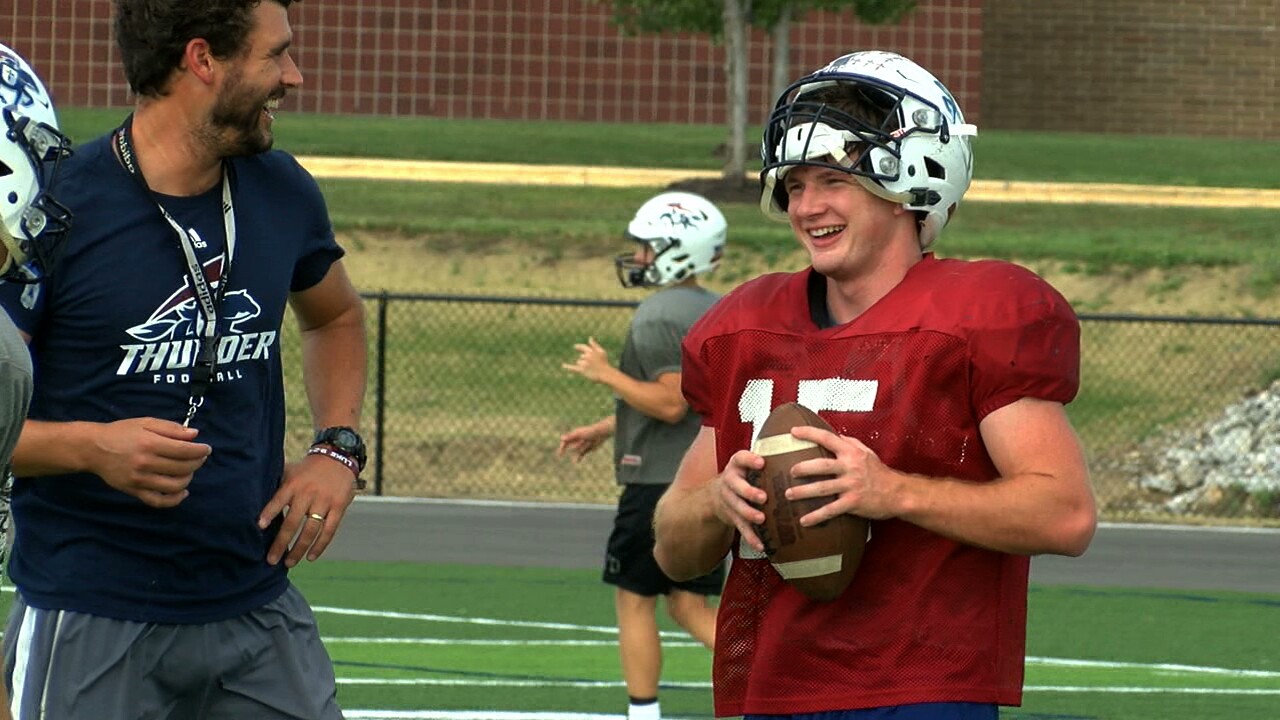 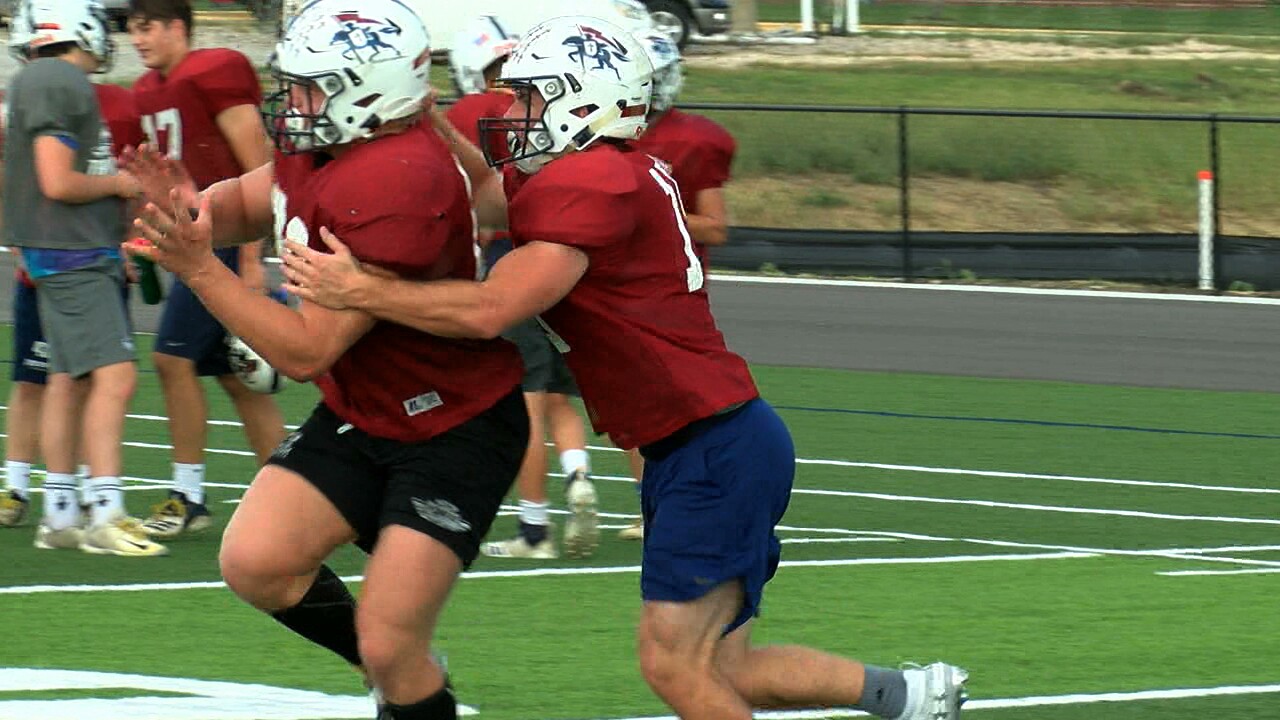 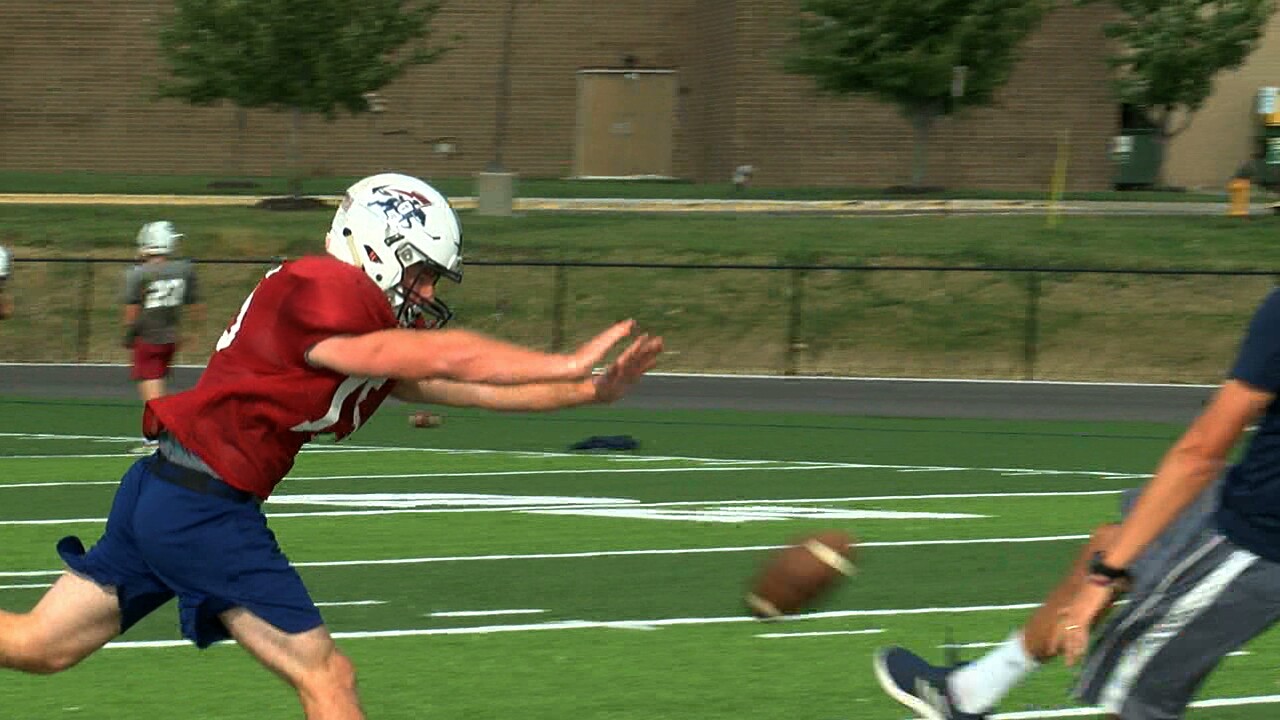 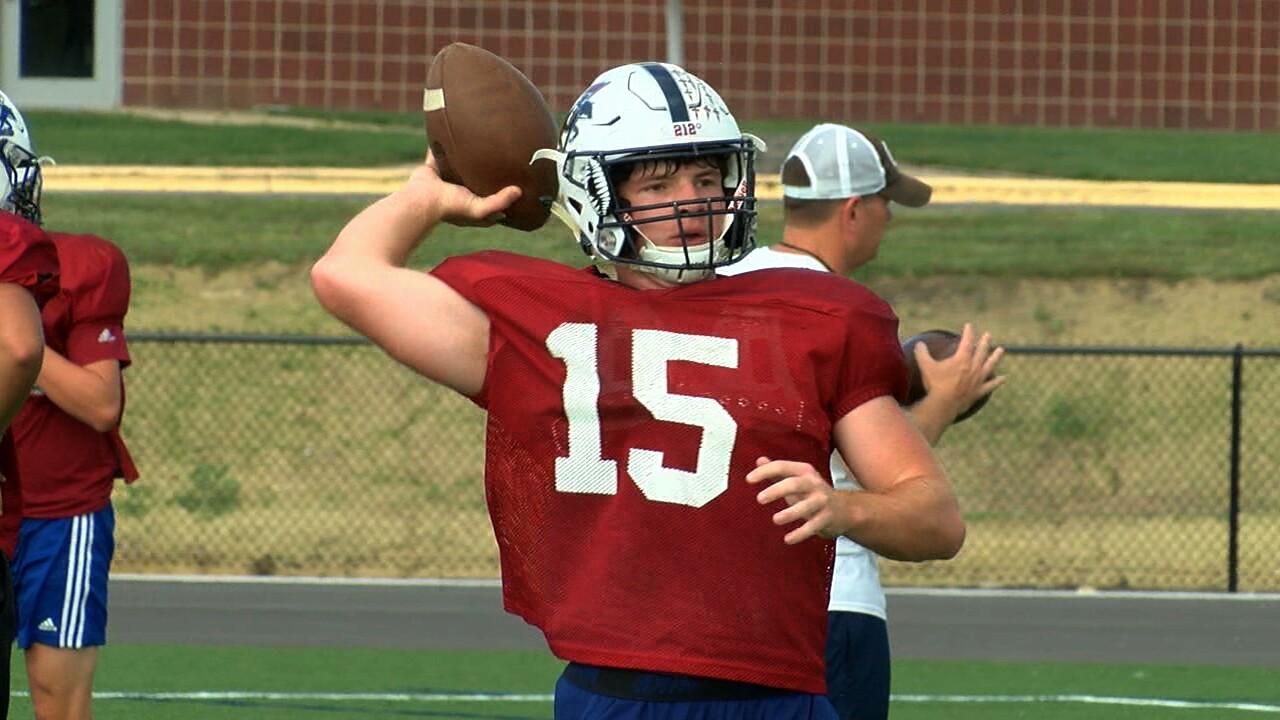 Senior safety Jake Holton led the defensive charge in a 28-27 victory with 13 tackles, including three for a loss, with two sacks, a forced fumble and a fumble recovery.

But Holton was more interested in talking about the total team effort and less about his own efforts.

"We had enough confidence in all of our guys that we could go out there and compete with (Bishop Miege)," Holton said. "Beating Miege is a huge thing, but we just wanted to compete with them and we went out there and I think we did that really well."

Thunder coach Tom Radke was pleased by the team's effort against the five-time reiging Kansas Class 4A state champions.

"The guys just got after it," Radke said. "People said, 'What did you do different?' The boys just came to play."

"The only game they lost as freshman was to Miege and they said, 'We're gonna get them as seniors,' and, they did," Radke said. "It was led by the captains and the seniors of this group, and they were not gonna be denied this victory. For Jake, he was the catalyst of this whole thing."

The road for Holton to be named Hy-Vee 41 Five-Star Athlete of the Week certainly wasn't an easy one.

In fact, Radke talked about how Holton almost gave up the game his sophomore year.

"He got his butt kicked and he thought about quitting," Radke said. "I talked him out of it, and he just decided to dedicate himself to the weight room and worked his butt off. For him to get this award after all that hard work, it's special."

Holton deflected credit for the award.