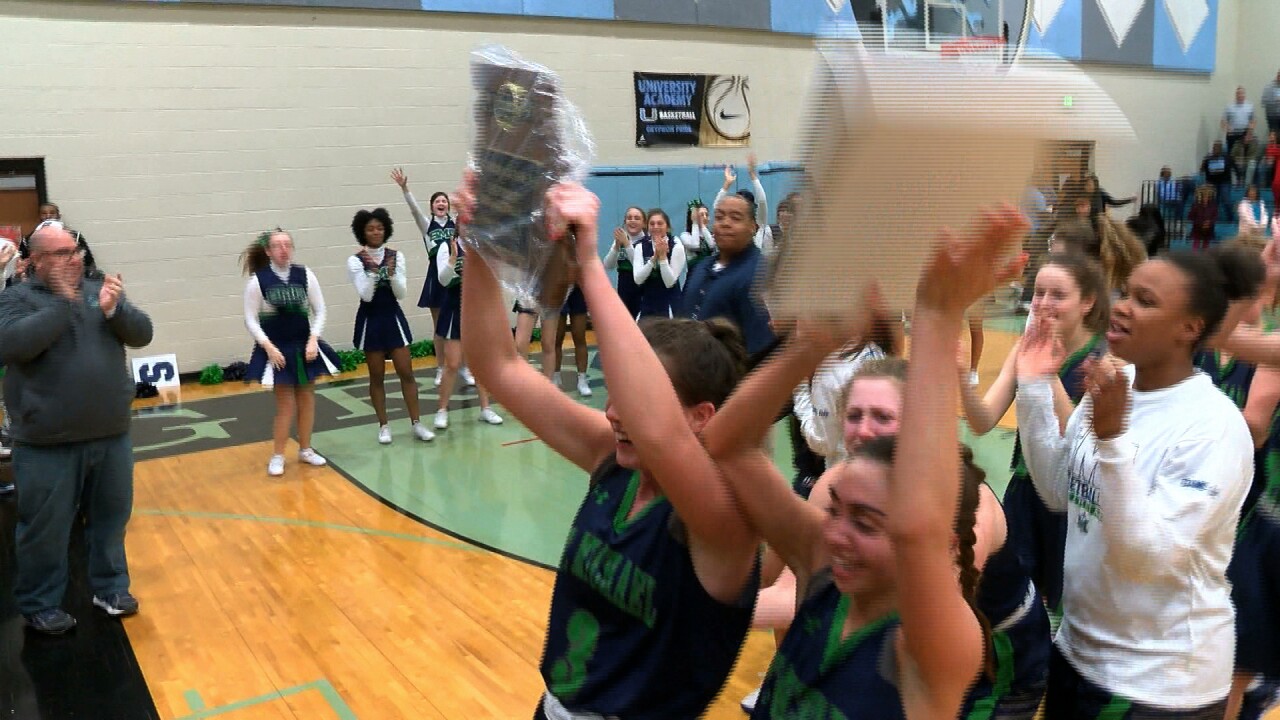 Copyright 2019 Scripps Media, Inc. All rights reserved. This material may not be published, broadcast, rewritten, or redistributed.
Ryan Marshall
The St. Michael the Archangel girls basketball hoist their division championship trophy after beating Hogan Prep 56-54 in overtime in the Missouri Class 3, District 15 championship. 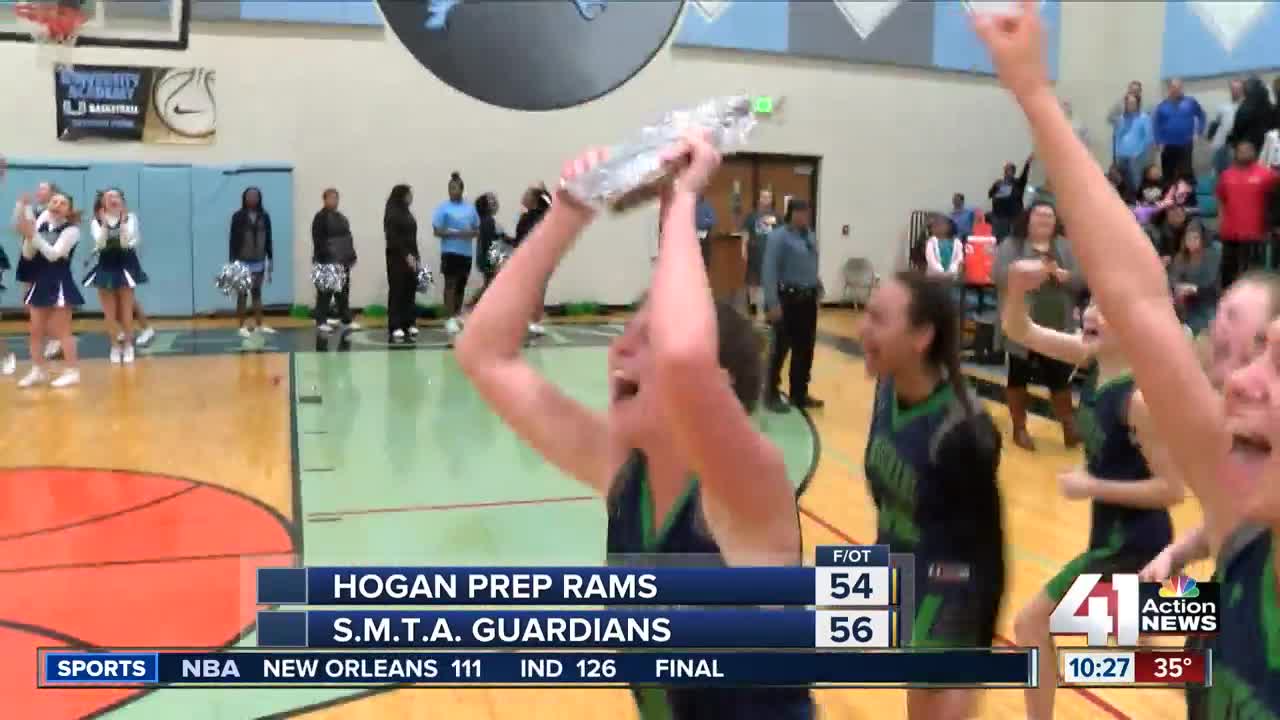 In overtime, the Guardians (15-10) outlasted the Rams 56-54 for the first district championship in program history after Audrey Maglich's layup with three seconds left sealed the win and a berth in the Class 3 sectionals Feb. 27 against St. Pius X.

"This team is a team that's a group of fighters," Guardians head coach Mary Kroening said. "They played together. They had no ego. They're just for each other. Man, they gritted out a tough, tough win. And, it's just, it's our heart. They play with so much intensity. I'm so proud of the girls."

"We played them earlier this year and they did a number on us," he said. "We talked about all week: 'We're going out for one reason and that's to win games.' They had a good game plan. We just came up a little short."

Hogan Prep (12-14) dominated early, jumping out to an early 24-9 lead as Aubree' Burnett hit three first-quarter three-pointers and maintaining a 28-18 lead by halftime. St. Michael's press helped turn the tide in the third quarter, which ended with the Rams' lead whittled to 34-31.

Nina Sirna took over in the fourth quarter, draining a pair of critical three-pointers, as the Guardians surged into the lead.

Burnett countered with two clutch threes of her own down the stretch, including a banked three while being chased by two defenders that tied the game at 48-48 late and would force overtime.

Burnett, who finished with a game-high 21 points, hit two more threes in OT.

"Aubree' is really our leader on the floor," Burgett said. "She's been our team captain for the last three years. She's our speaking captain. Whenever I get in a bind, Aubree' knows she (can) take the ball herself. Like the mother hen, (she takes) care of everybody else. She knew once my point guard was gone, it's on her to keep us in the game, and she did."

Still, it was St. Michael's night in the end.

"(Burnett) is a great player ... but the girls fought," Kroening said. "They battled through some adversity throughout the game, foul trouble, a little bit of turnovers, but when we had to make plays different players stepped up."