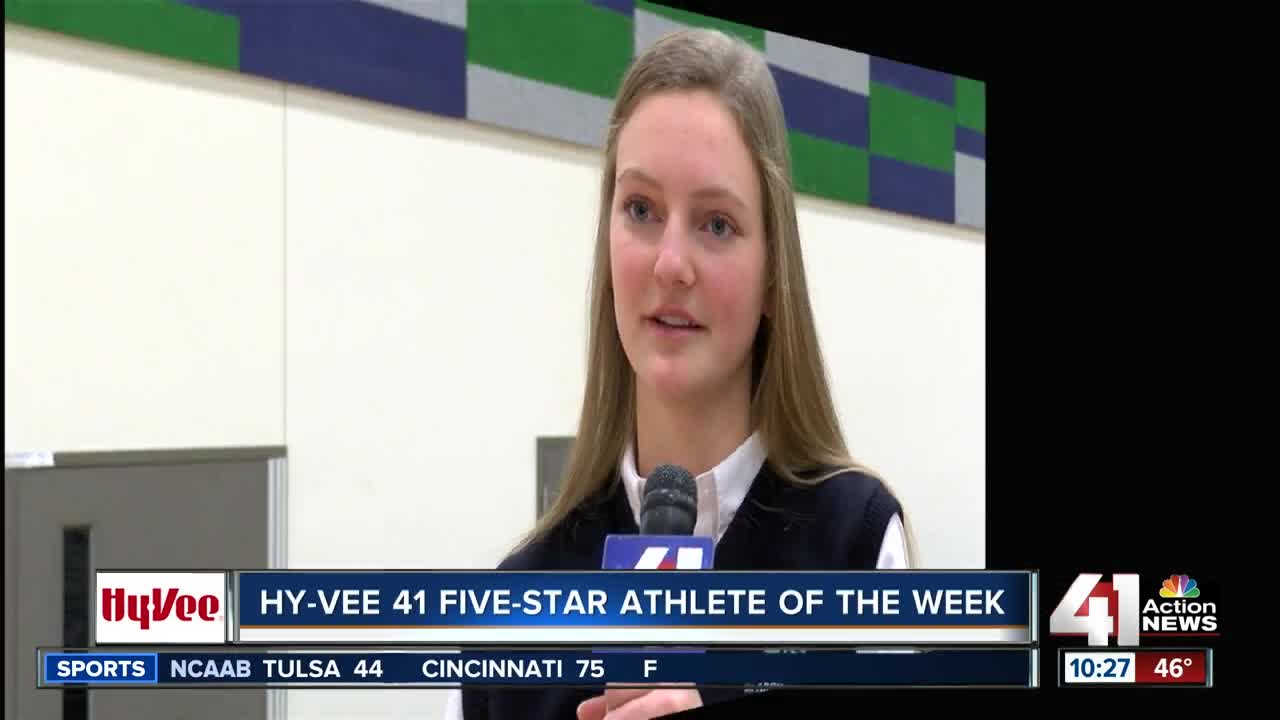 St. Michael the Archangel girls basketball junior center Clare Scheier has a lunch pail and hard-hat mentality when she gets out on the court. 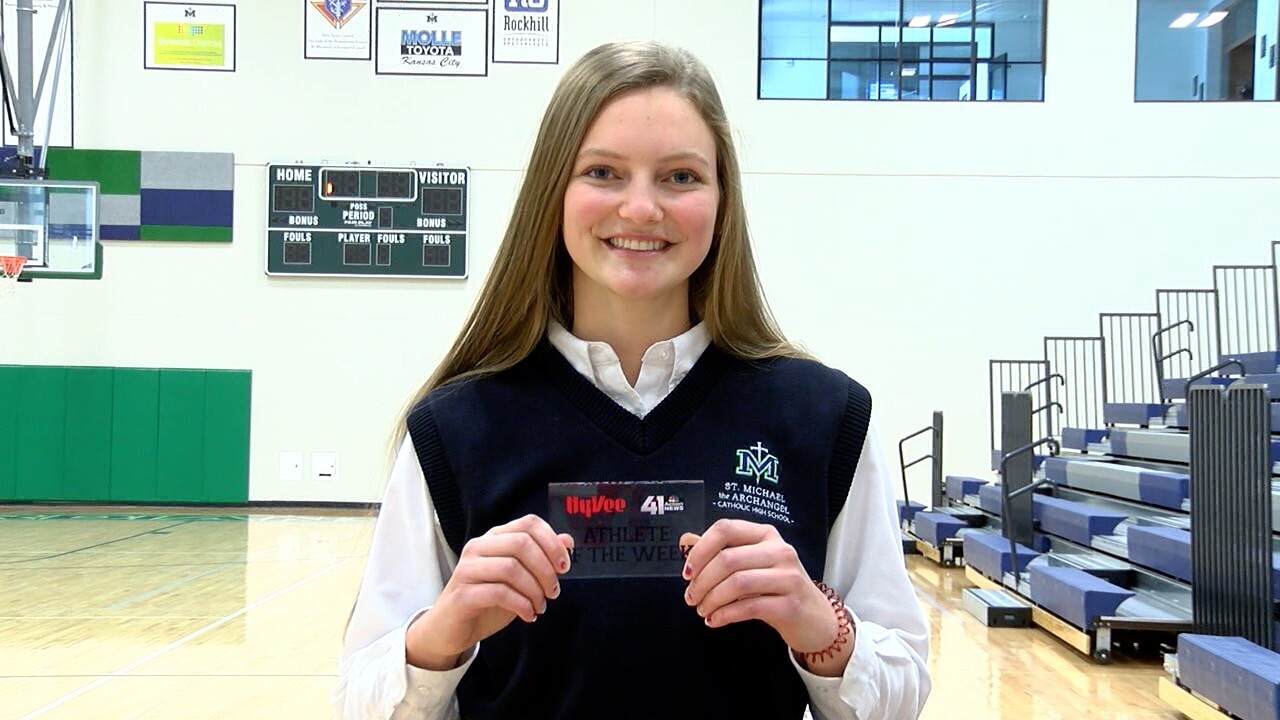 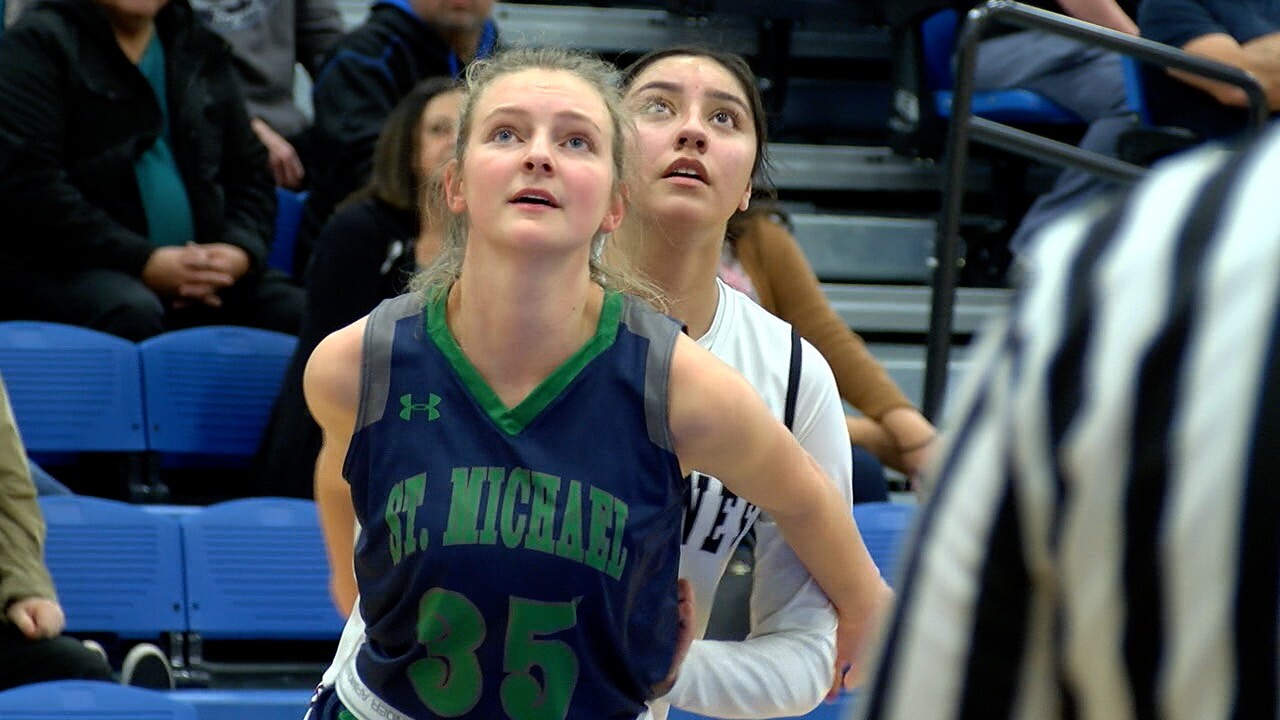 LEE'S SUMMIT, Mo. — St. Michael the Archangel girls basketball junior center Clare Scheier has a lunch pail and hard-hat mentality when she gets out on the court.

Scheier is able to do just about everything on the floor: score, rebound and block shots.

That was on full display in the Lady Guardians' game against St. James Academy on Friday. Scheier had eight points, nine rebounds and five blocks.

While those numbers may not jump out at most people, her ability to change games dramatically is something that can't necessarily be seen on the stat sheet.

What's really remarkable about the six-foot-one center is that she also averages five blocks per game.

"One of the biggest assets, obviously her size, is she brings a lot to our team as far as what we can do defensively," Lady Guardians head coach Mary Kroening said. "We know that she can get in the paint and help clean up a lot of things that, if we get beat down the middle. She's there to help out her teammates and have a lot of fun. She loves blocking those shots. But, not only that, she brings a lot to that ability defensively. But, she works so hard. She's got a great attitude. She works intensely and gets along great with her teammates."

The Lady Guardians have taken advantage of their fantastic talent all around the court. The team is off to a 7-1 start this season, due in large part to their increased defensive prowess.

"I just think it shows our growth, how far we've come. Losing to St. James last year by, like, 20 points and only two points this year shows how much confidence we've gained in each other and the improvement over the year," Scheier said.

Not only do the teammates believe in each other, they are also confident in Scheier as well.

While Scheier said she loves being named the Hy-Vee 41 Five-Star Athlete of the Week, she said it was certainly unexpected.

"Honestly, I was really surprised. But, I'm also really excited. It's a really nice honor. But, I'm just really grateful to my team. I wouldn't have all the points I've had with their assists (on and off the court)," Scheier said.

The Hy-Vee 41 Five-Star Athlete of the Week segment airs every Wednesday night during the 10 p.m. sportscast for the entire school year.