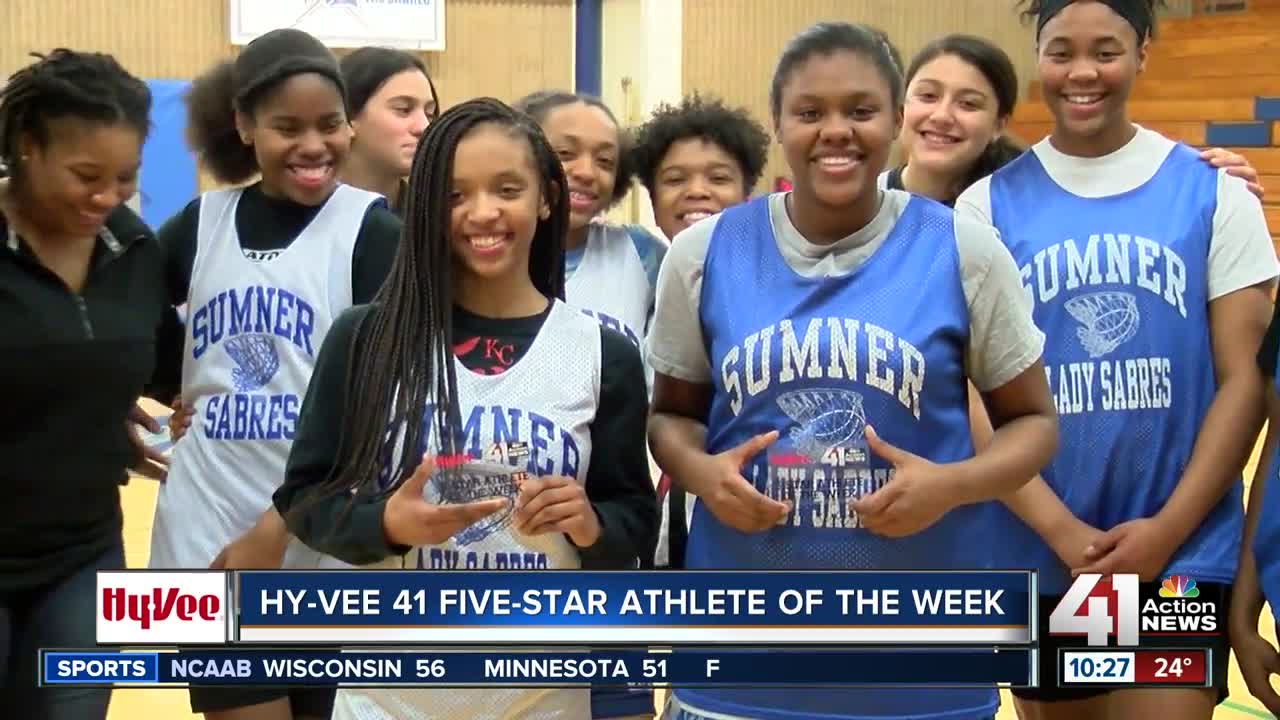 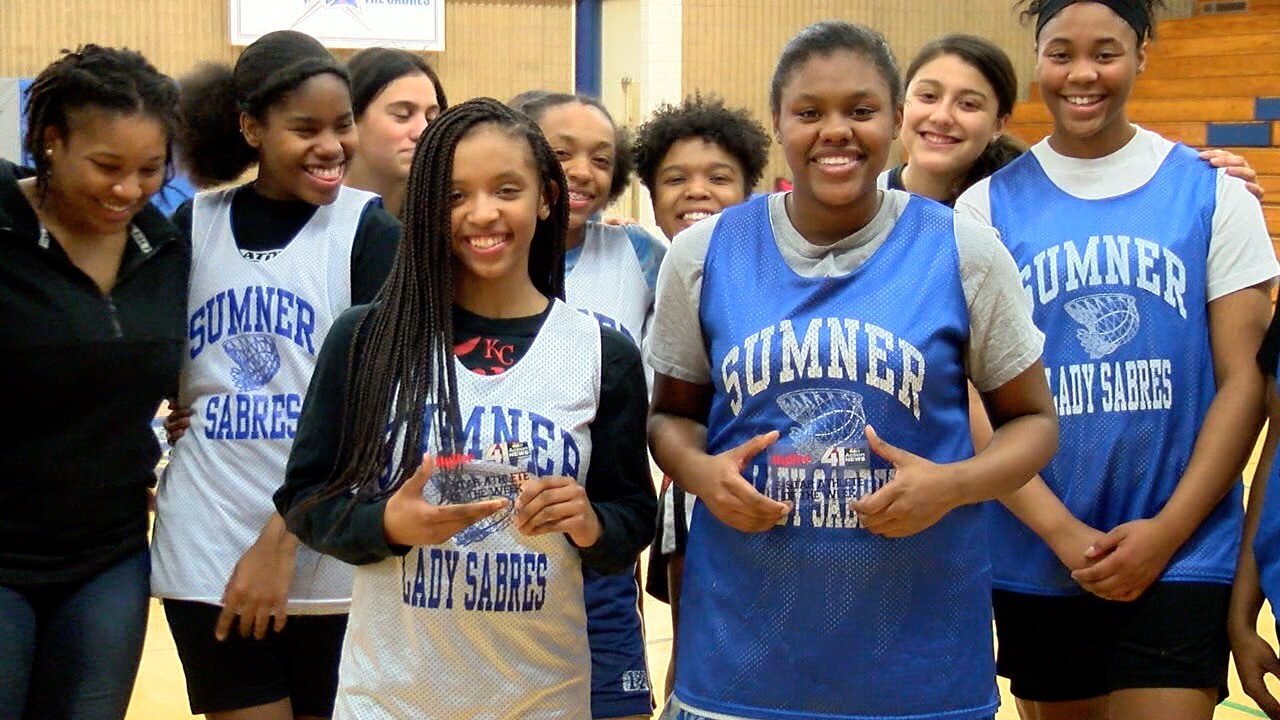 The two have helped the Lady Sabres to a very solid 12-6 record so far this season. And, both young ladies had one of their finest performances of the season in their three-game Shawnee Heights Lady Thunderbird girls basketball tournament. Easily the best performance happened during their game against Shawnee Heights. Jordyn scored 39 points on 7-of-15 from three-point range. She also added two steals. Additionally, Allen added 25 points and 12 rebounds in their 70-69 win.

Both Jordyn and Mya are part of Showtime Hoops and have played with each other for quite a while. So, it's just natural that the two have great chemistry on and off the court.

"Well, I would say [that] it stemmed from this summer. We got it going this summer. And, I would say, we never stopped," Allen said. "We kept it rolling from then. So, I think it's just the chemistry."