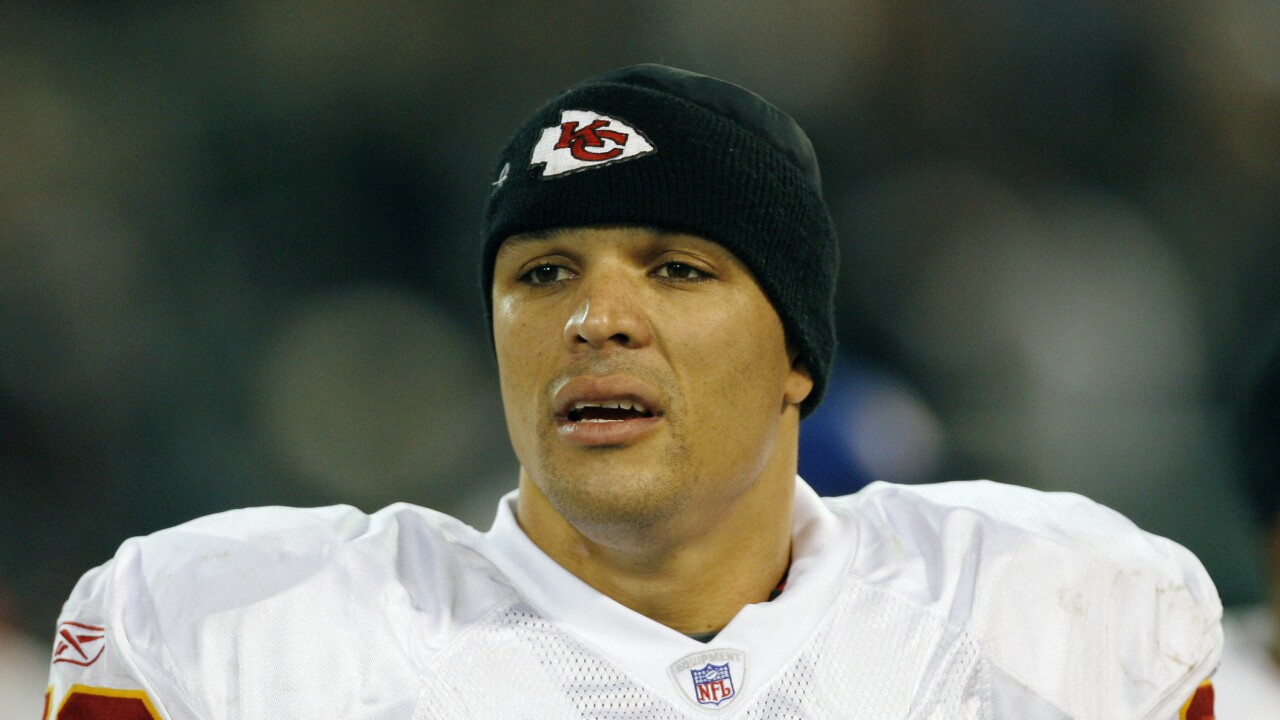 Robert B. Stanton/Getty Images
Kansas City Chiefs tight end Tony Gonzalez, shown here in a 2006 game in, Oakland, California, will be inducted into the team&#39;s RIng of Honor on Dec. 13, 2018, at Arrowhead Stadium in Kansas City, Missouri.

KANSAS CITY, MO. — It's one of the most exciting times for true fans of the Chiefs Kingdom, a chance to celebrate the team's past glory.

At halftime Thursday during a critical game against the Los Angeles Chargers, 2018 Chiefs Hall of Fame inductee Tony Gonzalez was enshrined in the Chiefs' Ring of Honor at Arrowhead Stadium.

A former first-round pick from the University of California-Berkeley, where he also played basketball, Gonzalez finished his career with the Atlanta Falcons. He ranks second all-time in NFL history with 1,325 receptions and ranks second among all NFL tight ends with 111 career TDs.

Gonzalez is the 48th member of the Chiefs' Hall of Fame, including the 44th player, and the third tight end to be inducted, according to the Chiefs' release.

Select Chiefs legends signed autographs in the Hall of Honor inside Arrowhead before the game from 6 p.m. to 6:45 p.m.