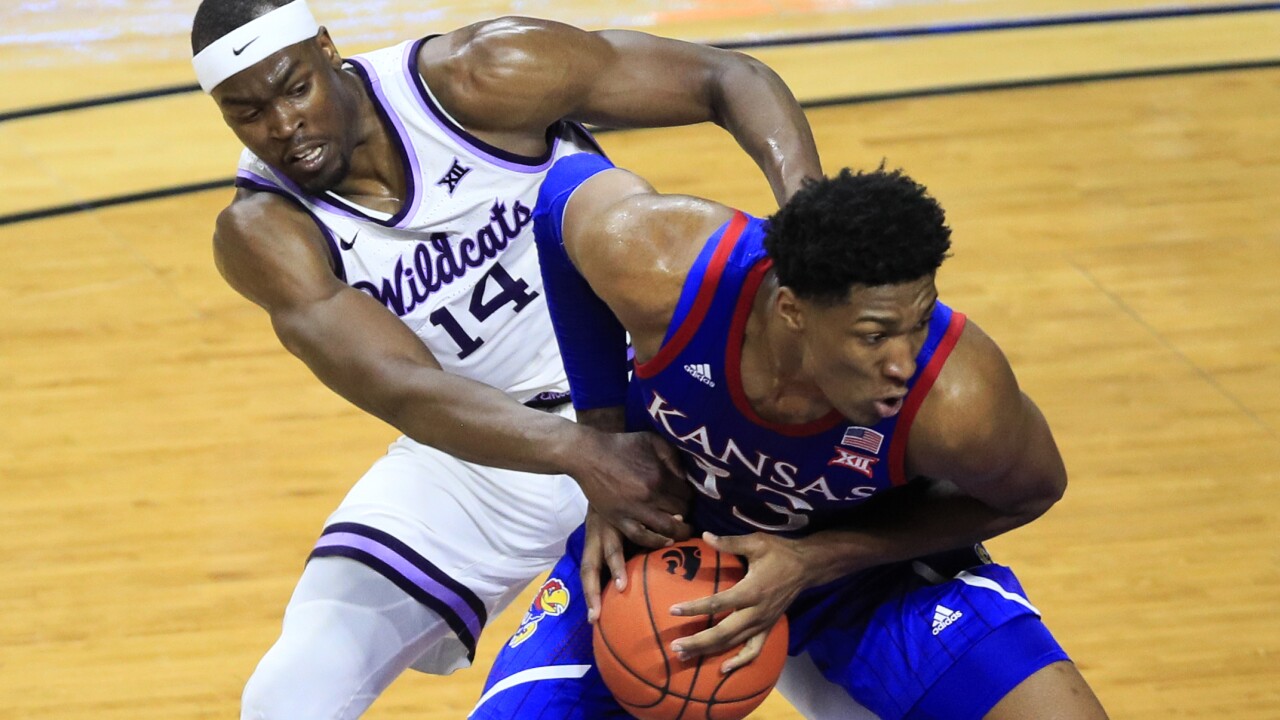 KANSAS CITY, Mo. — It’s unanimous, the Kansas Jayhawks are the top team in college basketball entering the final week of the regular season.

The Jayhawks received all 64 first-place votes from a media panel in The Associated Press men's college basketball poll.

Kansas received 62 votes last week with the other two going to Baylor (25-3), which slipped to No. 4 in the latest poll after a loss Saturday against Texas Christian.

The Jayhawks and Bears are the only two Big 12 teams currently ranked.

Kansas leads Baylor by a game in the Big 12 standings and can wrap up the conference title with wins this week Wednesday against TCU in Lawrence and Saturday at Texas Tech.

The Bears wrap up the regular season this week with games at home Monday against Texas Tech and Saturday at West Virginia.

KU and Baylor will be the top two seeds for the Phillips 66 Big 12 Men's Basketball Championship on March 11-14 at the Sprint Center in downtown Kansas City, Missouri.

The Aztecs, No. 9 Maryland and No. 18 Iowa were the only teams to hold their place after a week in which nine Top-25 teams lost to unranked opponents.

Dayton has its highest ranking since reaching No. 2 in 1955-56 after stretching its winning streak to 18 games.

Virginia, Illinois and Wisconsin moved into the poll at the expense of West Virginia, Colorado and Texas Tech — three teams that fell out of the ranking.

Kentucky, which moved up two spots to No. 6, is the top-ranked Southeastern Conference team.

West Virginia, Texas Tech, Oklahoma and Wichita State are among those receiving votes.