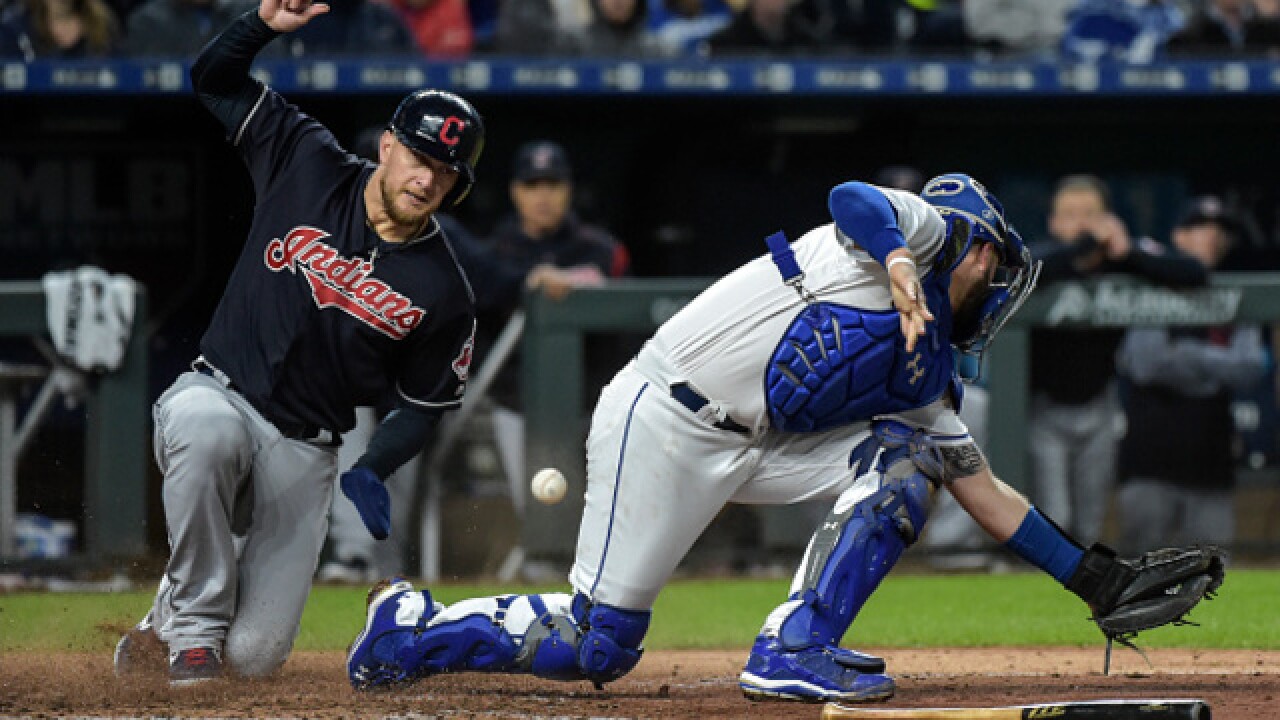 Copyright 2018 Scripps Media, Inc. All rights reserved. This material may not be published, broadcast, rewritten, or redistributed.
Ed Zurga
<p>KANSAS CITY, MO - SEPTEMBER 28: Brandon Barnes #0 of the Cleveland Indians slides into home to score as a ball thrown by first baseman Ryan O'Hearn gets past catcher Cam Gallagher #36 of the Kansas City Royals in the seventh inning at Kauffman Stadium on September 28, 2018 in Kansas City, Missouri. (Photo by Ed Zurga/Getty Images)</p> 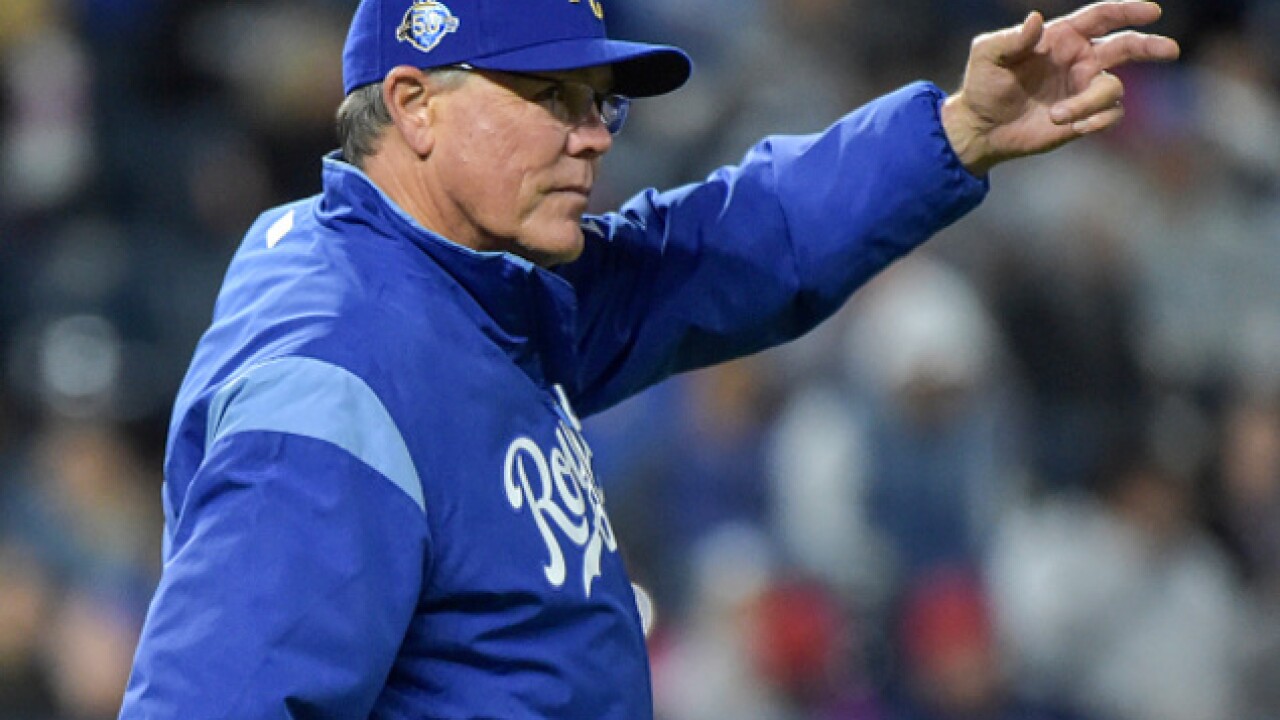 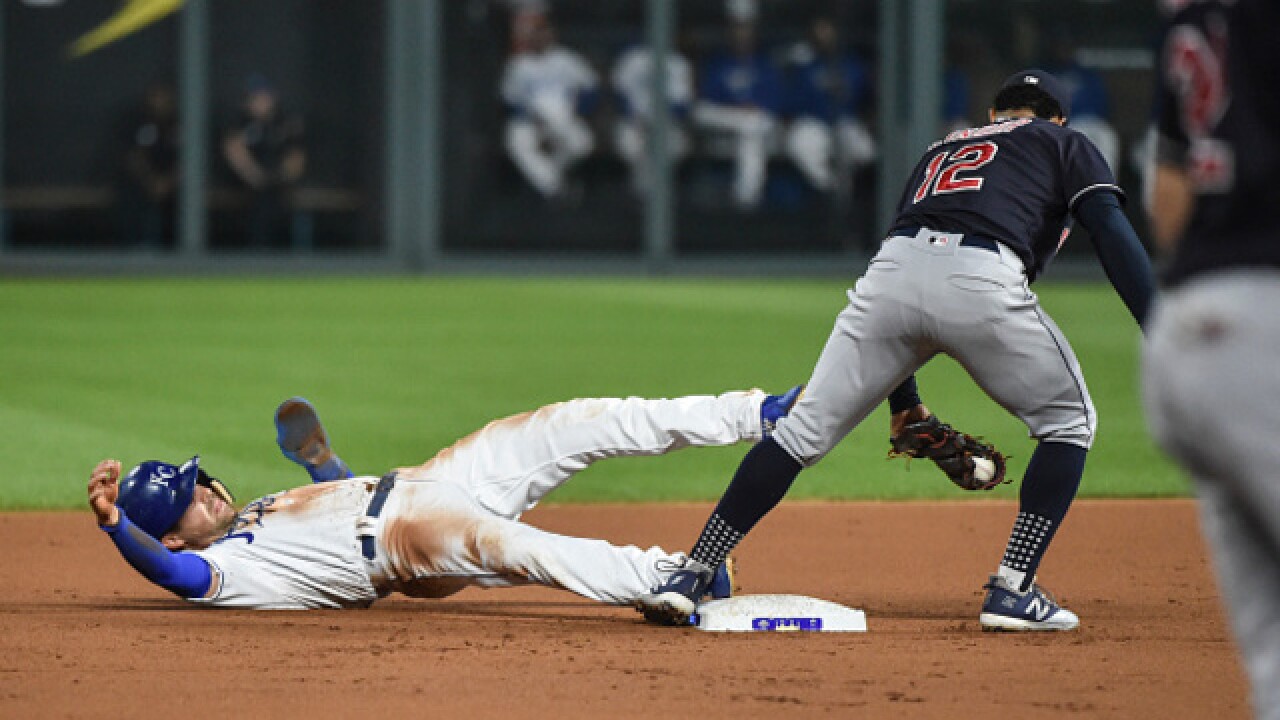 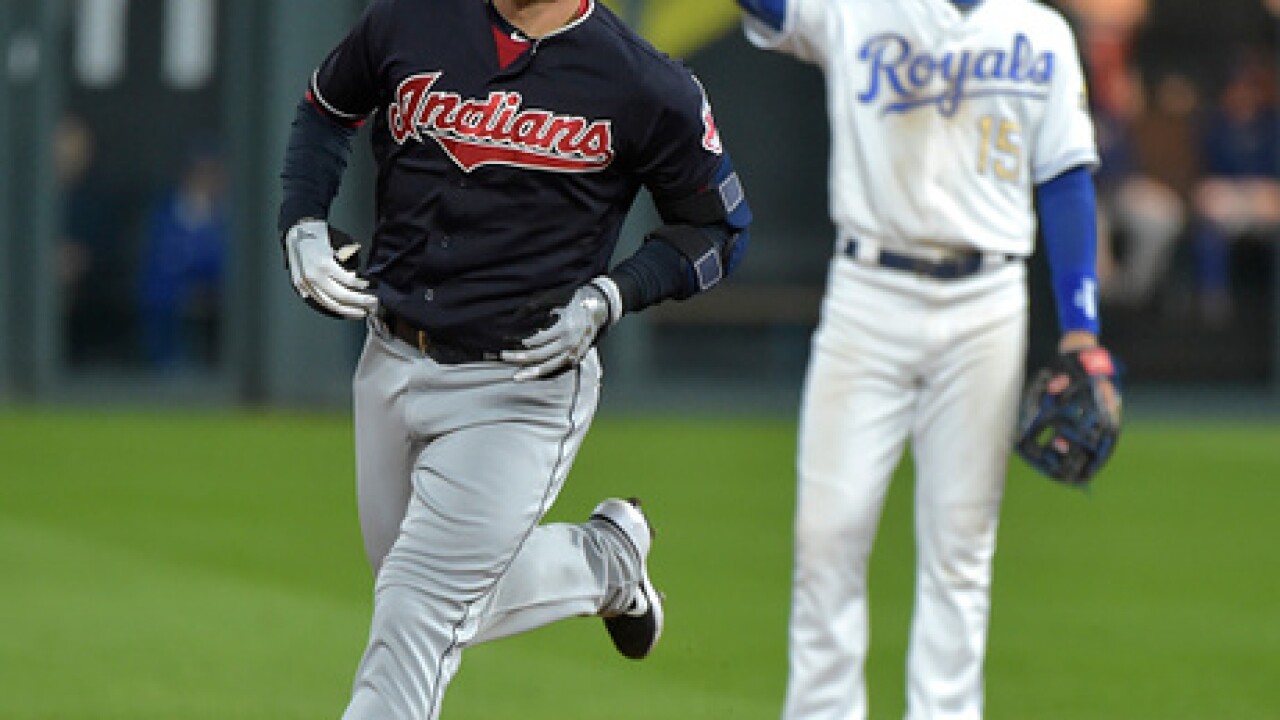 Jason Kipnis' homer in the Cleveland third was the game's only run in the first six innings.

But the Indians then broke loose for their first 10-run inning since doing it on Sept. 30, 2012, against the Royals in Cleveland.

One out later, reliever Jake Newberry walked Jose Ramirez and gave up an RBI single to Edwin Encarnacion. Donaldson, acquired Aug. 31 in a trade with Toronto, launched his fifth career grand slam and second this season. He also had one in April for the Blue Jays.

The 10 runs were the most the Royals had allowed in an inning this season.

It was a welcome outburst for the Indians, who had only scored two runs in the first 16 innings of the series.

Mike Clevinger (13-8) was the beneficiary of the bonanza. He allowed three hits in 6 2/3 innings.

Brian Goodwin hit a grand slam in the Royals ninth off Adam Plutko. It was the second career grand slam for Goodwin, acquired in a July trade with Washington. He also had one March 31 for the Nationals.

Whit Merrifield extended his hitting streak to 18 games for the Royals. It's the longest active streak in the majors and one shy of his career best.

Indians: Manager Terry Francona essentially ruled out INF Erik Gonzalez for the remainder of the weekend. He said Gonzalez, who was hit in the head by a pitch Wednesday at the Chicago White Sox, remains in concussion protocol. The team hopes Ramirez will be available for an intrasquad game Tuesday in preparation for the AL Division Series, which starts Friday in Houston.