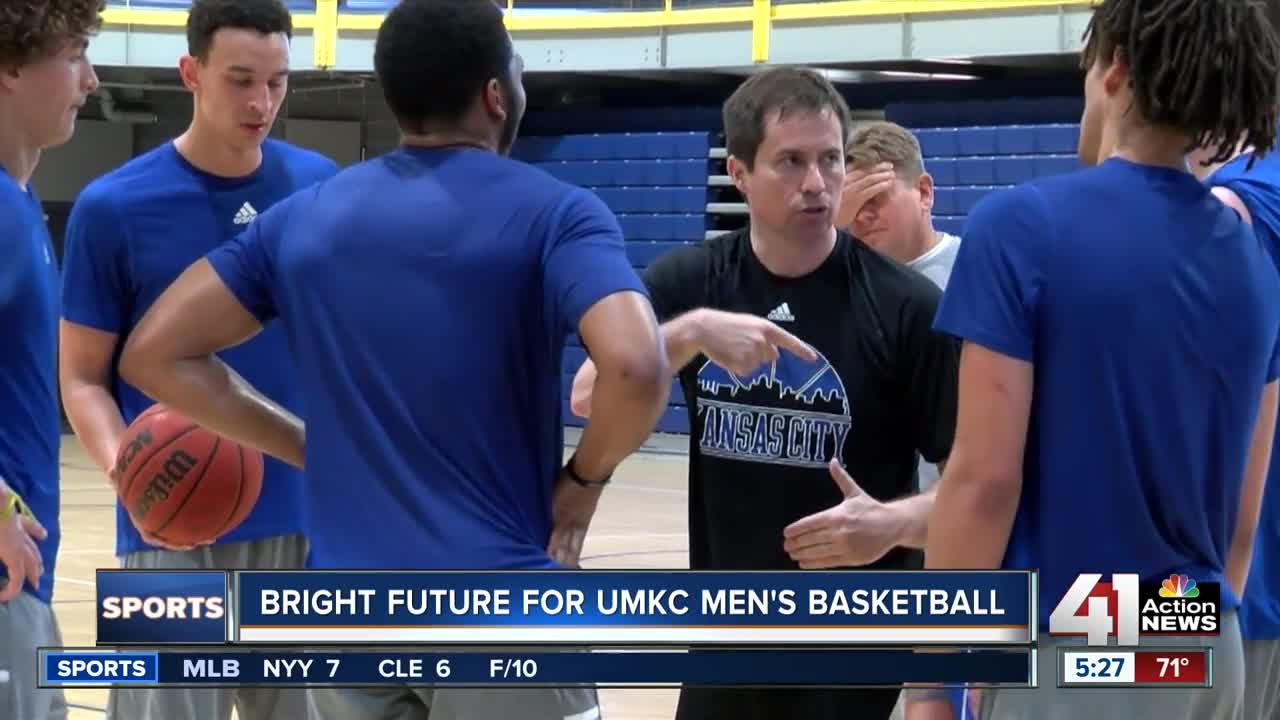 Good things supposedly come to those who wait, but it's been a very long wait for UMKC men's basketball, which has never reached the NCAA Tournament. New Kangaroos coach Billy Donlon hopes good fortune comes to his team. 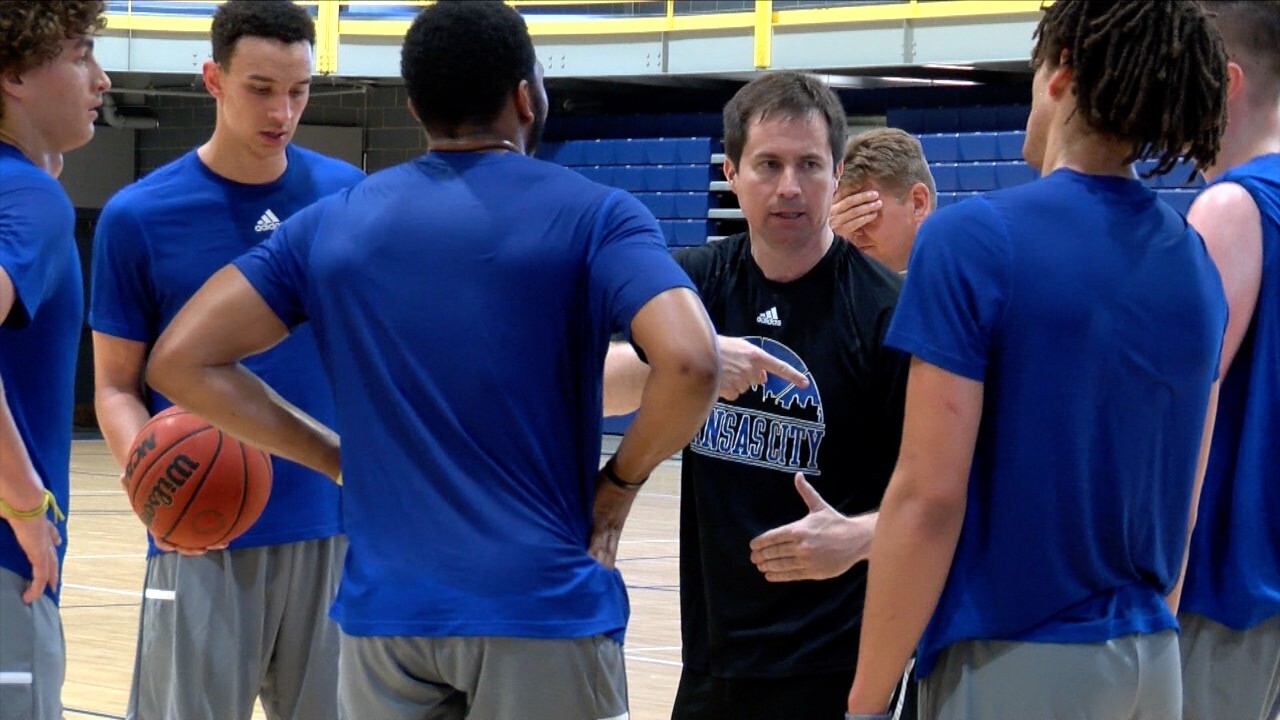 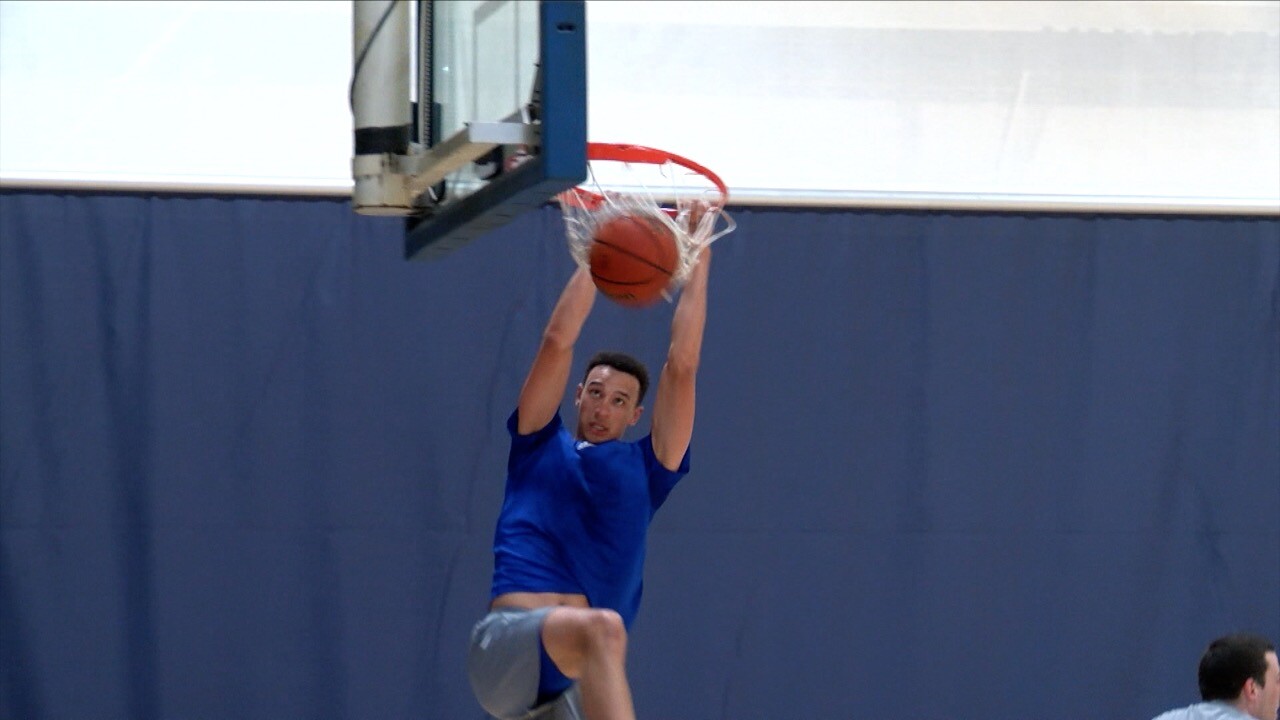 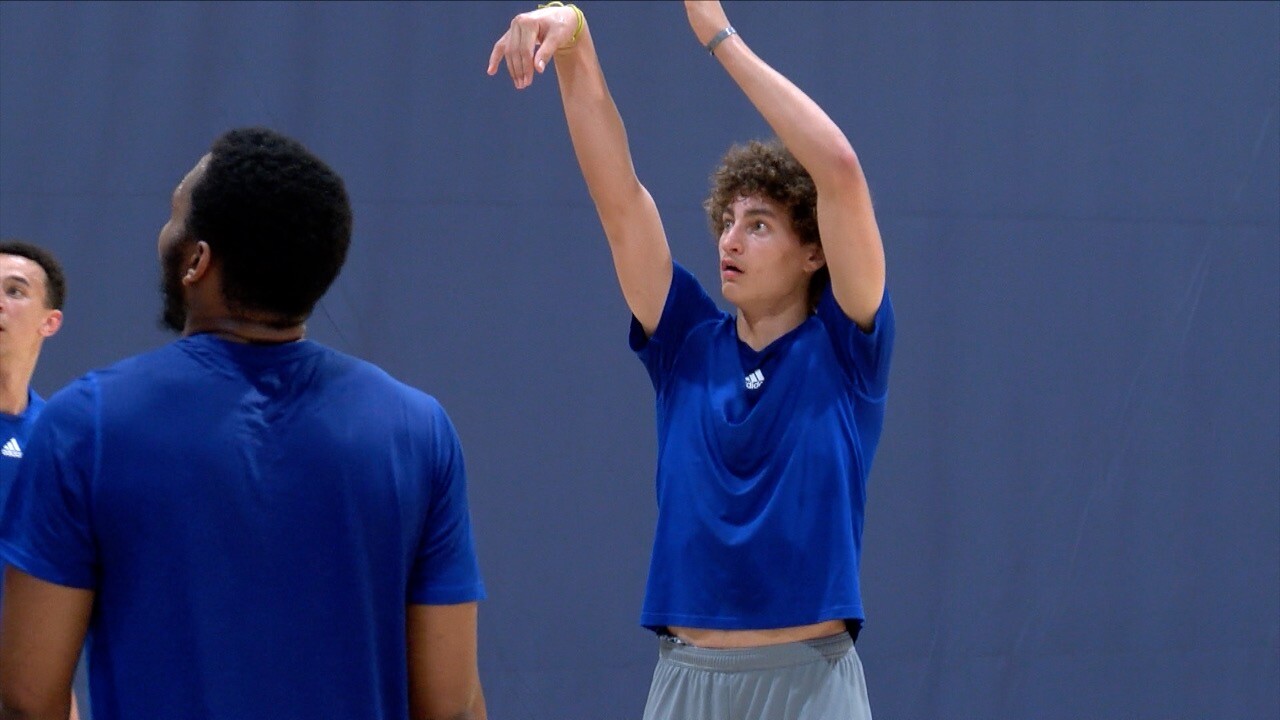 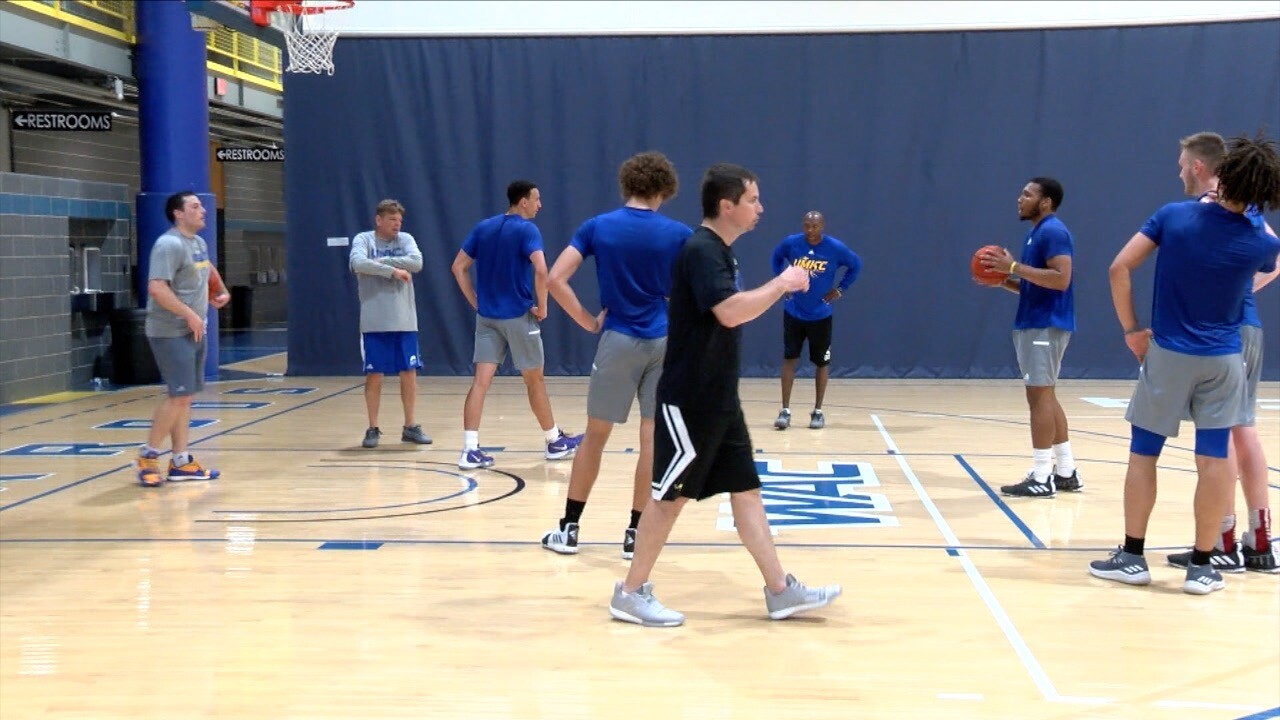 KANSAS CITY, Mo. — Good things supposedly come to those who wait, but it's been a very long wait for UMKC men's basketball, which has never reached the NCAA Tournament.

The Kangaroos have competed in men's basketball since 1986-1987, but havce opnly played in three postseason games all-time, including two games in the College Basketball Invitational tournament in 2017.

The hopes for those future good things now rest with new UMKC coach Billy Donlon, who is looking to lead his new team to greater heights.

"The goal is to win the WAC (Western Athletic Conference), which is really difficult when you look at what New Mexico State has done the last couple years," Donlon said. "They've dominated the league, but they represented the league well in the NCAA tournament. We've got kids that are excited to compete for the WAC and go to the NCAAs, and if we work hard, if we have a great summer and into the fall, we'll have a chance to do that."

Donlon, a former Wright State head coach and an assistant at Michigan and Northwestern, replaced Kareem Richardson, who had served as head coach for the past six seasons.

Donlon signed a six-year contract and has promised to lead the 'Roos to their first NCAA tournament.

For now, he'll have to start practically from scratch with 11 new players on the roster and only four returning players. Donlon hopes players like senior forward Jordan Giles will step up and become the team leader.

"It's really different," Giles said. "I have to take a different approach, because I'm the only guy on the team that's been here for four years. You've got Rob (Whitfield), he's a (junior college) transfer and everybody else that haven't been here as long as I've been, so it's no time to be cool anymore. I can't be the cool, quiet guy anymore. I've got to actually be a leader and step up."

UMKC has yet to announced next season's complete schedule yet, but Donlon's crew will play Kansas on Dec. 14 at the Sprint Center in downtown Kansas City. It's an opportunity for which Donlon and the entire athletic department is excited.

"It certainly lets your guys know and lets us know as a coaching staff where we need to get to and where we are," Donlon said. "Nobody does it better then Kansas, and I think in recruiting it really helps. Hopefully, in our area locally, we want it to pay dividends."