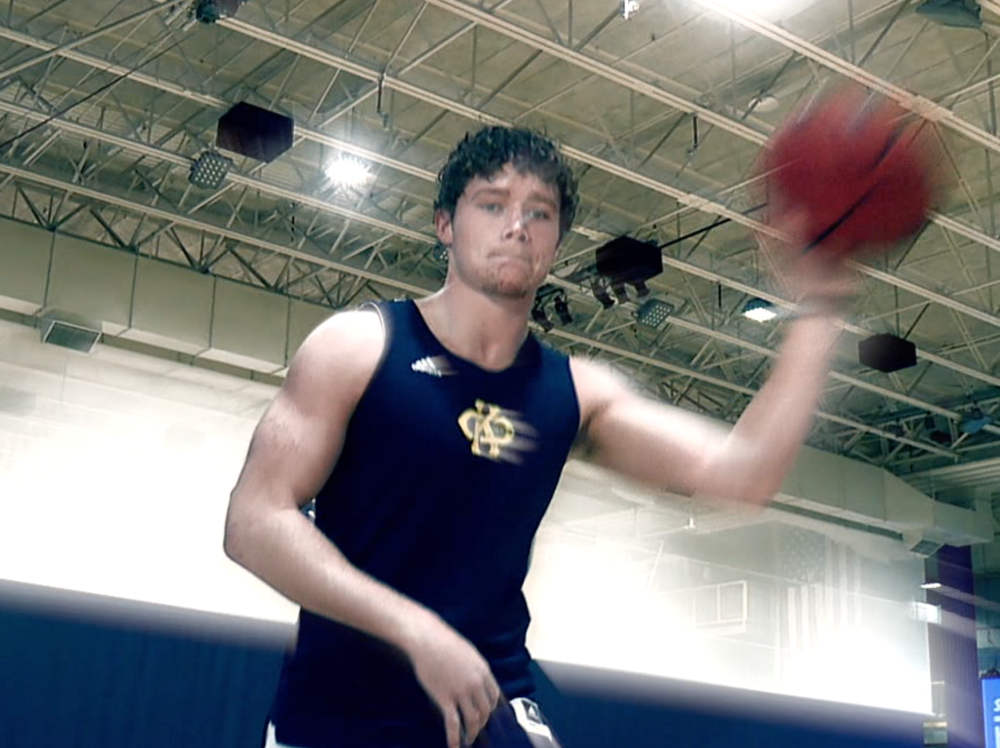 University of Missouri-Kansas City redshirt guard Sam Martin doesn't flaunt it, but he's got the most famous relative a man can have in Kansas City. That's right, Patrick Mahomes is Martin's cousin and he plays with the family's trademark swagger on the hardwood. 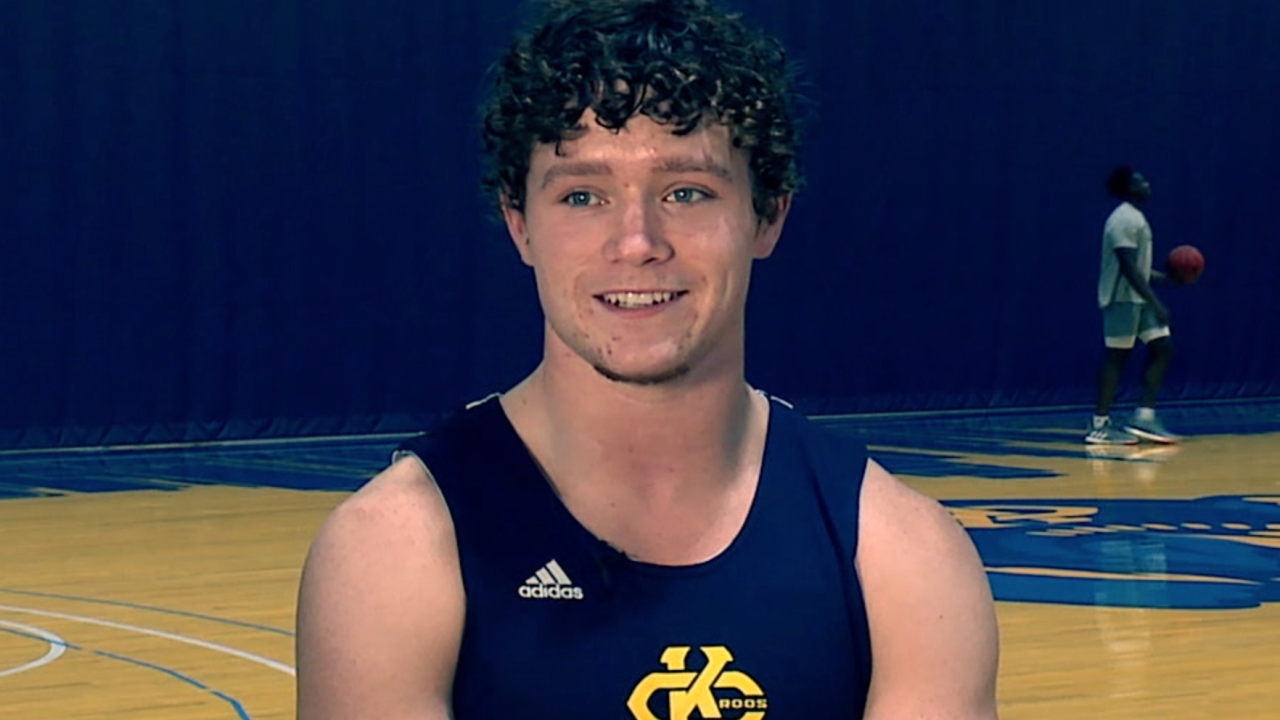 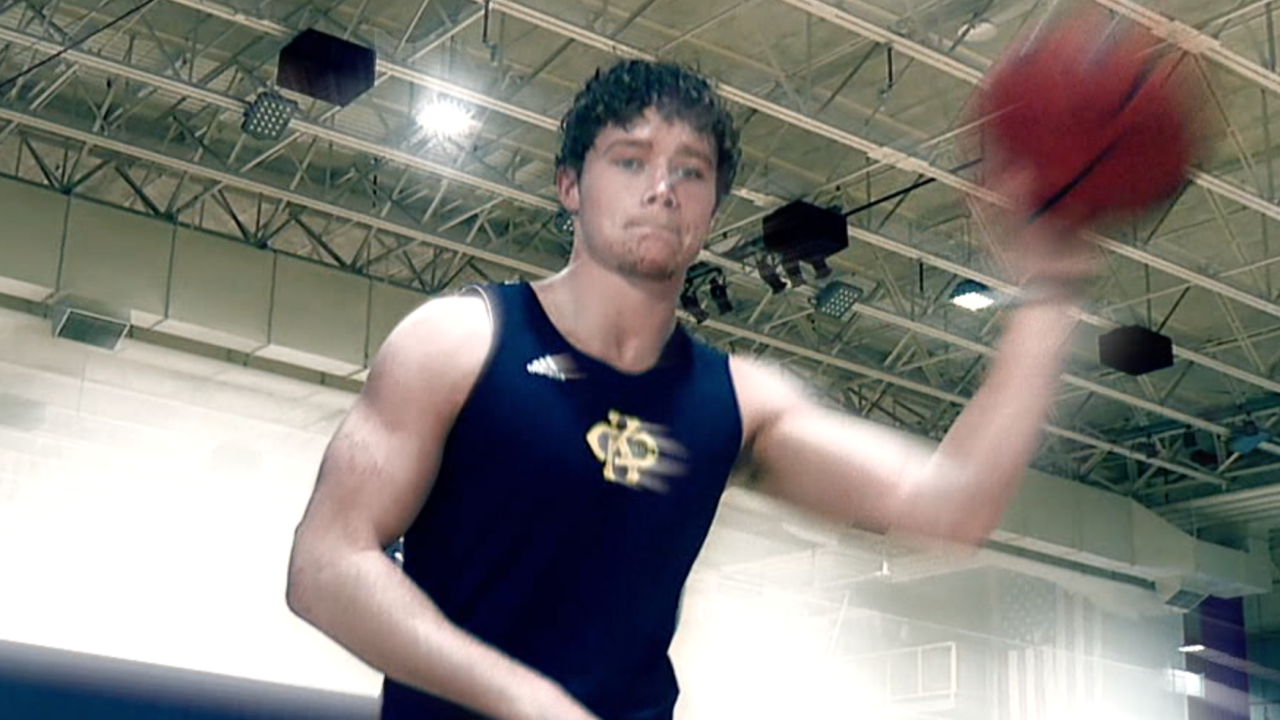 KANSAS CITY, Mo. — Sam Martin has heard it all before.

"They're always asking 'Where's my ticket at? Can I get in the game with you?'" Martin said.

That's why Martin, a freshman basketball player at the University of Missouri-Kansas City, never comes right out and tells anybody his secret.

"I'm modest about it," Martin said. "If they find out, which they always seem to, I just let it happen."

Martin's secret? Well, he's got the most famous relative a man can have in Kansas City. That's right, Patrick Mahomes is Martin's cousin.

Not distant cousin, not related by marriage — Martin and Mahomes are first cousins, as in Sam's dad is the brother of Patrick's mom.

Mahomes is five years older and the two grew up hours away from each other in Texas, but the family is close.

"It's awesome for him," Mahomes said. "He's someone who's worked his whole life to get this opportunity to play basketball at a DI college."

Just like Mahomes, Martin was a standout, multi-sport athlete. He was an all-state safety in football, but basketball was his first love and it showed.

Martin averaged 23 points and eight assists per game playing for his dad, Pat's uncle, at Burleson High School just outside of Fort Worth, Texas.

Mahomes and Martin share similarly curly hair. After that, their biggest similarity exists on the field/court of play.

Turns out, Martin has some "Magic" in him, too.

"The no-look passes and stuff is something that's always been a part of my game," Martin said, "and it's funny that he does it on the football field, too."

Mahomes said, "He has a little swag to him, too. He can shoot the three and do a lot of stuff."

"He'll make a simple chest pass and, after he makes the pass, he'll act like he deserves a candle-lighting at a concert, like he's Billy Joel and they all want him to come back out," first-year Kangaroos men's basketball coach Billy Donlon said.

When it came time to choose a college team, Kansas City was as appealing to Martin as bringing in Mahomes' cousin was to Kansas City.

"It turned out to be a rather large dessert at the end of dinner," Donlon said.

He said he didn't learn of Martin's bloodlines until late in the recruiting process, but now Mahomes — the ultimate sports super fan — will have a relative in town to watch play basketball, helping hill up his ever-decreasing spare time.

"I'll be excited to hopefully make it out to a couple of games," Mahomes said.

Martin would love that.

And for UMKC, having the reigning NFL MVP in attendance could be the kind of jolt the 'Roos are hoping for with their basketball program.

"It's a great start," Donlon said. "We're still going to have to win a lot of games. They're not gonna keep me here because I get Patrick to sit courtside."

Donlon has said the hot-shot freshman will redshirt this season, so the "Mahomes Effect" will have to wait a year.

In the meantime, you can catch Martin in the family suite at Arrowhead Stadium.

And to answer the previous question — No, he you can't get in the game with him.