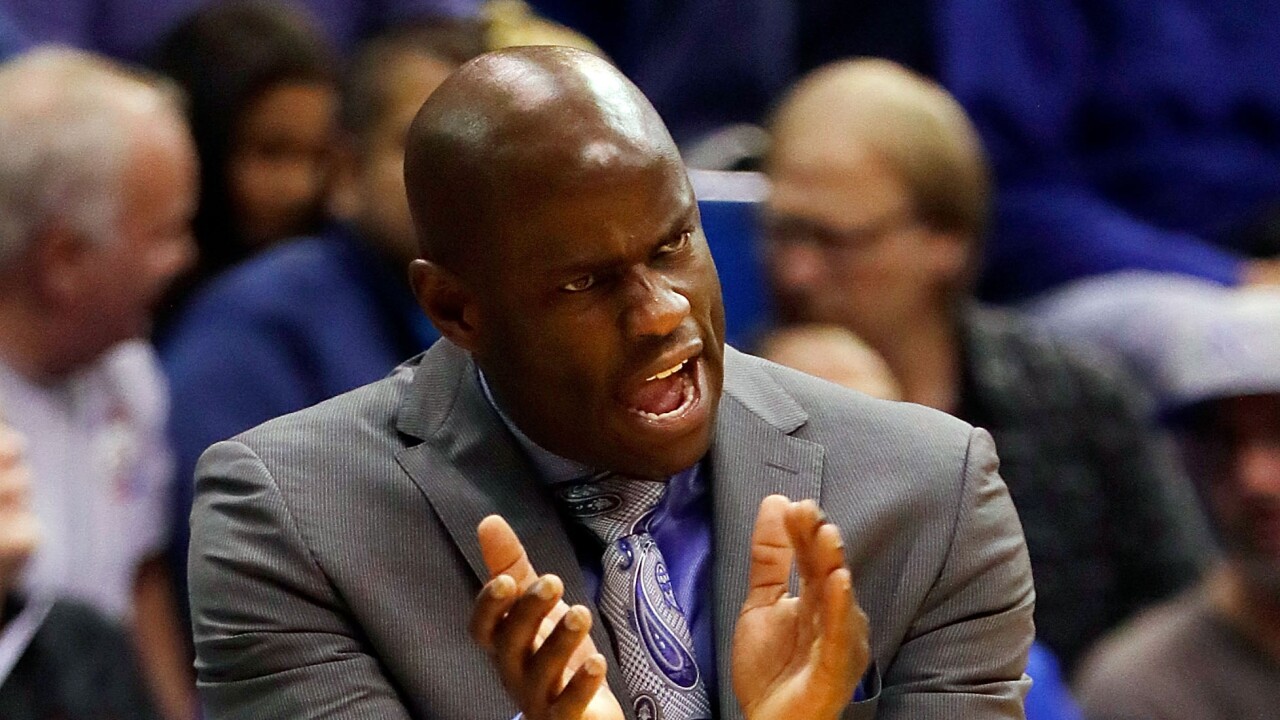 KANSAS CITY, Mo. — The only coach to lead the University of Missouri-Kansas City men’s basketball team to a postseason berth, Kareem Richardson, will be fired after six seasons treading water in the Western Athletic Conference.

Richardson, who guided the Kangaroos to the 2017 College Basketball Invitational quarterfinals, will officially be relieved of his duties by Monday, a source told 41 Action News.

UMKC finished 11-21 this season after dropping a 71-64 decision Thursday against Utah Valley in the WAC quarterfinals in Las Vegas.

It is the fifth losing season in six years under Richardson, 44, who will finish his Roos career with a 75-118 record.

RIchardson, who served as an assistant coach at UMKC in 2007-08, arrived amid much hype and expectation after serving on RIck Pitino’s NCAA champion staff at Louisville during the 2012-13 season.

The Roos reached the 2017 College Basketball Invitational quarterfinals, knocking off Green Bay from the Horizon League before losing at eventual tourney champion Wyoming.

UMKC dropped back to 10-22 last season and wasn’t able to rebound, prompting the school to move on from Richardson.