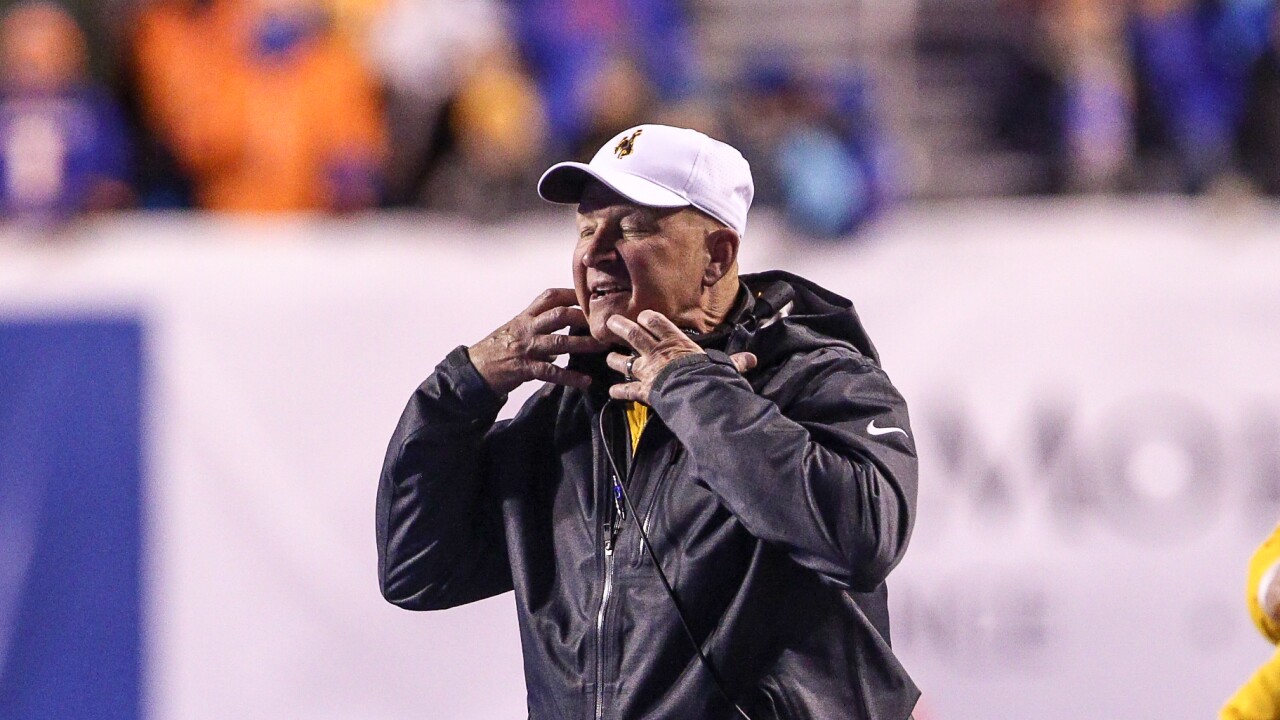 The Casper Star-Tribune reports Bohl's contract calls for the award if the Cowboys beat a Power Five program in a regular-season game. Saturday's victory in Laramie was the first such victory for Bohl, who is in the third year of a seven-year contract.

The last time Wyoming beat a Power Five team was in 2008, a victory over Tennessee.

Wyoming quarterback Sean Chambers rushed for 120 yards and a touchdown in the victory. He also completed 6 of 16 passes for 92 yards.