VIDEO: Recruit's mom walks off stage after he chooses Florida on signing day 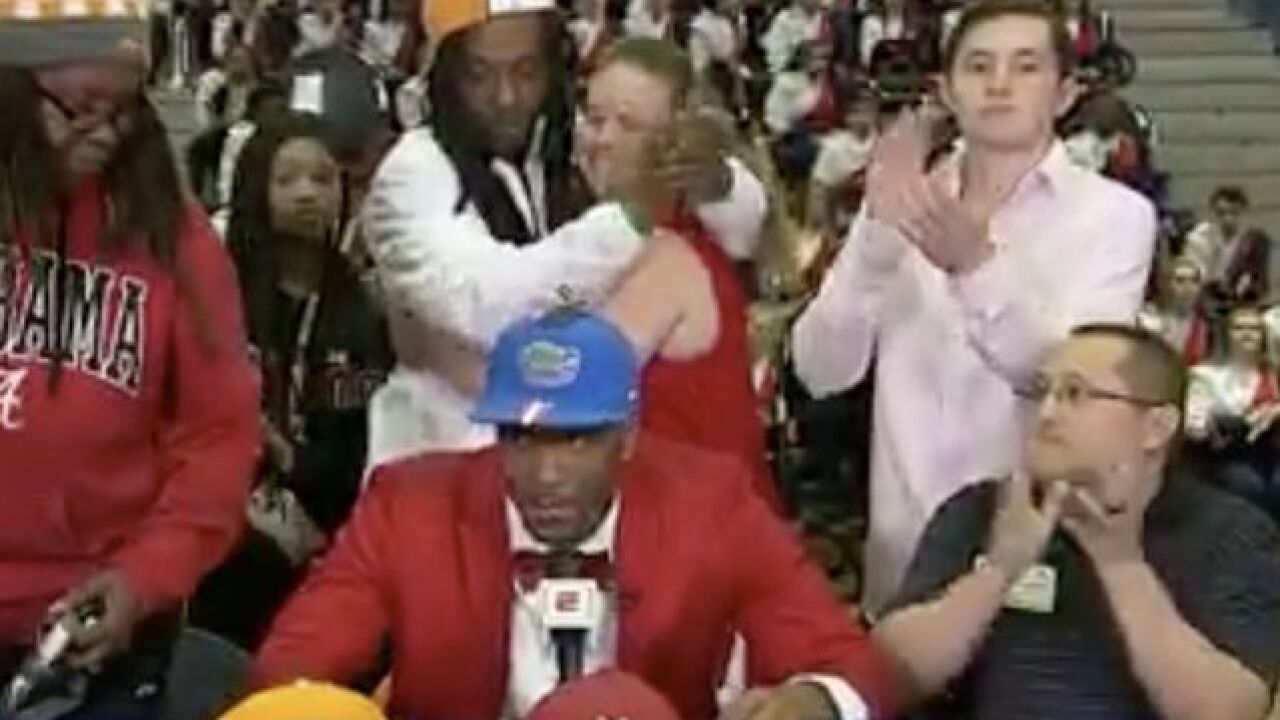 Copyright 2018 Scripps Media, Inc. All rights reserved. This material may not be published, broadcast, rewritten, or redistributed.
<p>Courtesy: ESPN</p>

Copeland’s mom was wearing an Alabama sweater and Tennessee hat as he declared to Florida. After his decision, things got a bit awkward when mom got up during an ESPN interview and left the room. Copeland is from Escambia, Florida.

His mom, who was wearing a Tennessee hat and Alabama sweater just gets up and leaves. #NationalSigningDay pic.twitter.com/FlPcgXFBBV

About a day before, Copeland tweeted about the struggle to make his decision.

Throughout this entire recruiting process I never been as stressed as I am now. I cried and cried all last night about God leading me in the right directions. Now I don’t have over much as a day to decide on a school that’ll change my future after football. 😔

In the end, Copeland said he had to make the decision for himself, and not for anyone else. His mom was seen moments after the interview giving him a hug, so apparently dinner won't be too awkward.