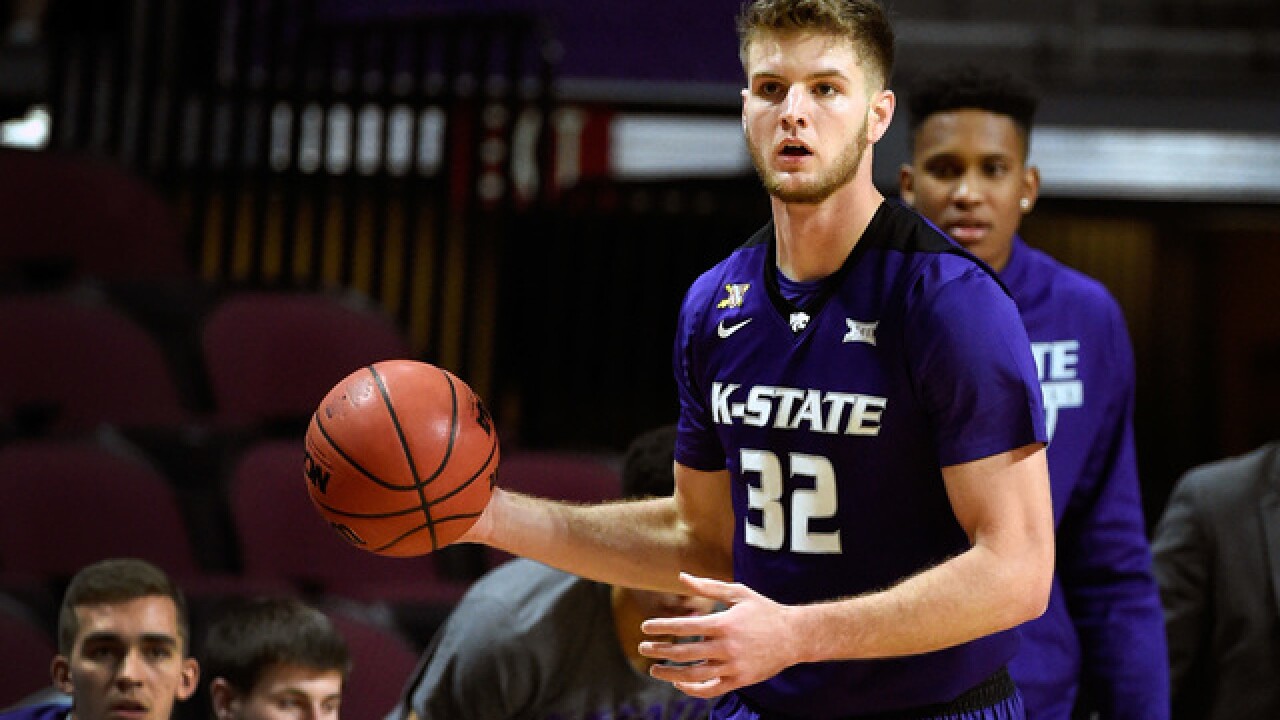 MANHATTAN, Kansas -- Kansas State's Dean Wade has been a standout player for the Wildcats for most of the season and has a good chance to be the first Wildcat to be named to the All-Big 12 First Team since 2013.

In the regular season finale against Baylor, Wade made a strong case and then some.

Baylor head coach Scott Drew had nothing but praise for the K-State junior.

"He (Wade) gets to the rim, knocks down 3s and knocks down jumpers. It is hard to guard him. His assist to turnover ratio in the last five games is I think 23-4," Drew said.

For Wade, even with the spotlight on him and the team as they fight for an NCAA bid, he just wanted to break the streak of bad outings the team had encountered recently.

"We came out and just wanted to be aggressive. We have not played the greatest basketball in the past couple of games. We just wanted to come out and get back to the way we've been playing earlier in the Big 12 schedule," Wade said, adding, "We just came out with a ton of energy, firing on offense and defense, so it was an all-around good game for us."