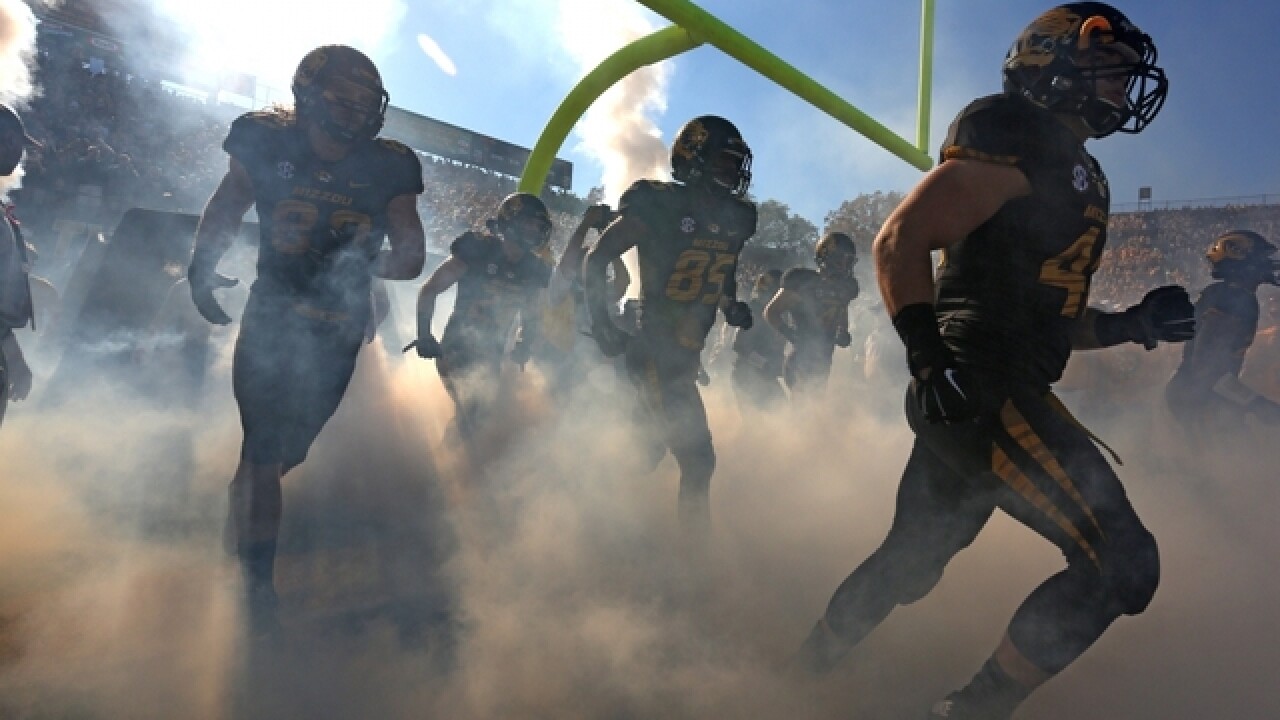 When Missouri started the 2017-18 schedule 1-3, all the losses at home, the Tigers seemed on their way to another disappointing season.

Instead, Missouri's offense flipped a switch, becoming one of the most high-powered attacks in college football. Drew Lock broke the Southeastern Conference single-season record with 44 touchdown passes and Missouri scored more than 40 points in each of its last six regular-season games.

As the spring season winds down, Missouri's offense is looking to channel its performances from the second half of 2017 rather than the first.

"We're going to look pretty good, we're going to have a lot of depth," junior wide receiver Richaud Floyd said Saturday. "We have seven or eight guys that can go out there and make a play on every single play."

At Tennessee from 2010-2012, Dooley compiled a 15-21 record (4-19 SEC) and his teams went 0-15 against ranked opponents. Dooley's hire received criticism, but Missouri is hoping he can bring valuable professional experience to Columbia.

"I think coach Dooley brings a different mindset to the game," Lock said. "He came from Dallas, he knows a lot about the professional level; how they talk, how they speak. That was huge for my development in possibly having another career after college."

The Tigers also lose leading receiver J'Mon Moore and leading rusher Ish Witter, but they return the offense's biggest weapon in Lock. The senior quarterback finished 10th in FBS with 3,964 passing yards passing, and his record-breaking touchdown count was higher than any other quarterback in college football.

"We want him to play better than he did last year," Odom said. "And better doesn't mean better stats, it means to play smarter football, to lead our team to wins. And for him, to play at the highest level we can get him to go play."

Lock and the Tigers' offense will have two viable running back options in Larry Rountree III and Damarea Crockett. Rountree split carries with Witter and finished with 703 yards, six touchdowns and averaged 5.6 yards per carry. Crockett averaged 6 yards per carry before his midseason shoulder injury.

Lock retains his top red-zone target in tight end Albert Okwuegbunam, who scored 11 touchdowns on 29 receptions last season. Receiver Emanuel Hall sat out Missouri's spring game with a left shoulder injury, but he's expected to be recovered by July 1 and ready for the start of the season. Last year, Hall broke out for five 100-yard games and finished with 817 yards and eight touchdowns.

"It's freaky," Lock said. "Our receivers, if you throw anything on it, they're going to make it happen for me, which makes it a lot easier. I think it's going to be hard to scout for us this year, being able to go multiple tight-end looks, pretty much everything in the book."

The addition of Dooley may make the Tigers look more methodical and less up-tempo. But with a plethora of weapons in Missouri's offense, the Tigers are certainly equipped to repeat an impressive performance from last year's group.