White Sox walk-off the Royals to win series in Chicago 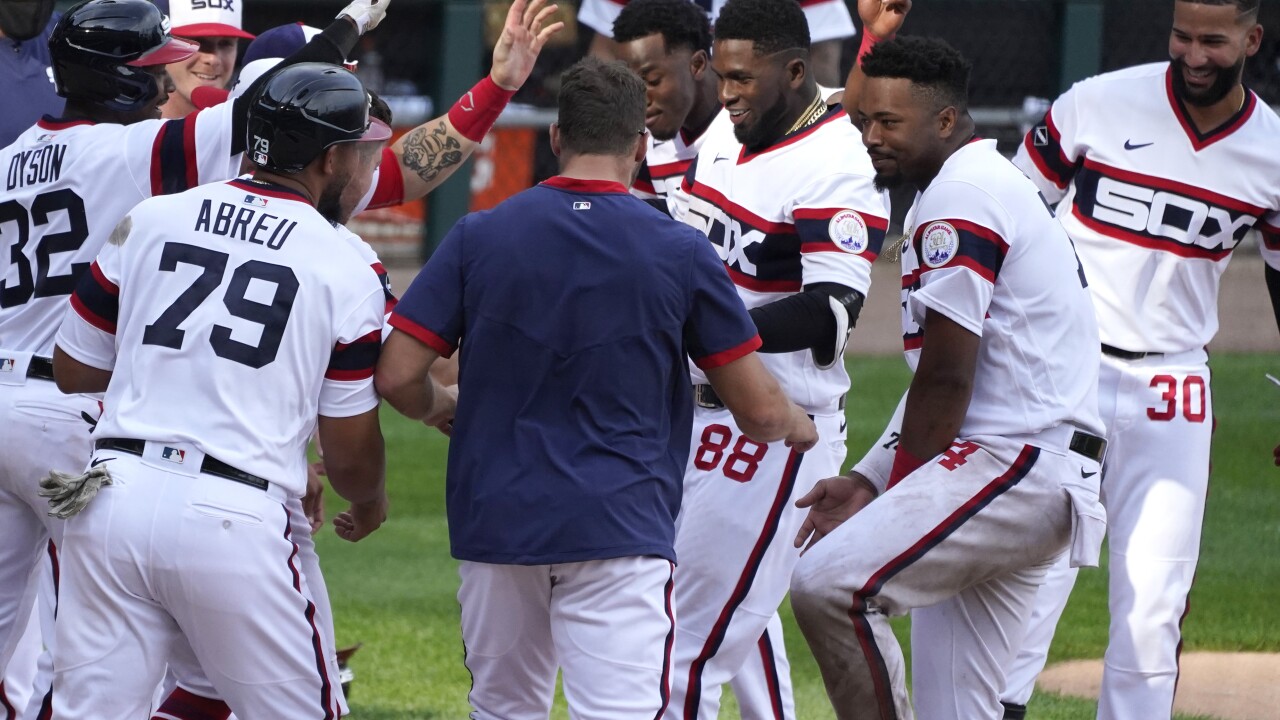 Prized rookie Luis Robert hit his first game-ending homer, a three-run drive in the 10th inning that gave the Chicago White Sox a 5-2 victory over the Kansas City Royals on Sunday.

Dane Dunning threw five no-hit innings before being pulled from his second major league start, and the surging White Sox won for the 11th time in 13 games to move into a first-place tie with Cleveland in the AL Central.