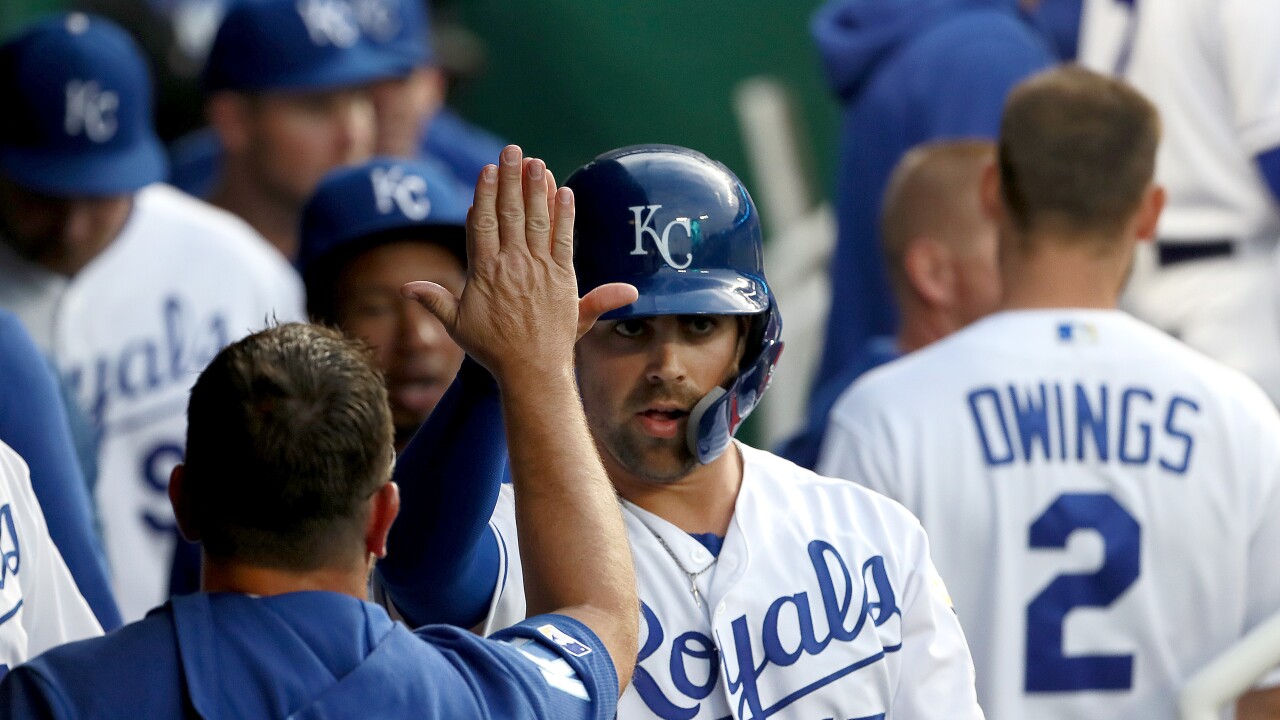 Jamie Squire/Getty Images
KANSAS CITY, MISSOURI - APRIL 09: Whit Merrifield #15 of the Kansas City Royals is congratulated in the dugout after hitting a triple during the 1st inning of the game against the Seattle Mariners at Kauffman Stadium on April 09, 2019 in Kansas City, Missouri. Merrifield has hit in 30 consecutive games tying George Brett for the club record. (Photo by Jamie Squire/Getty Images) 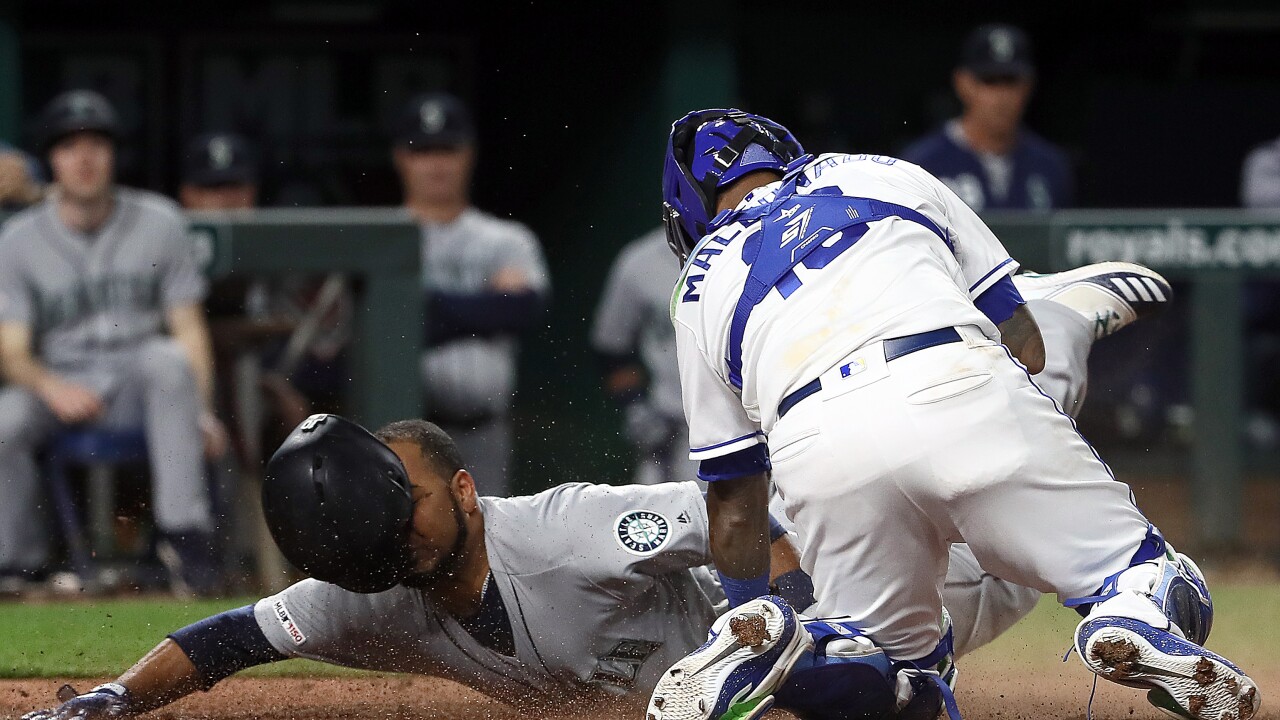 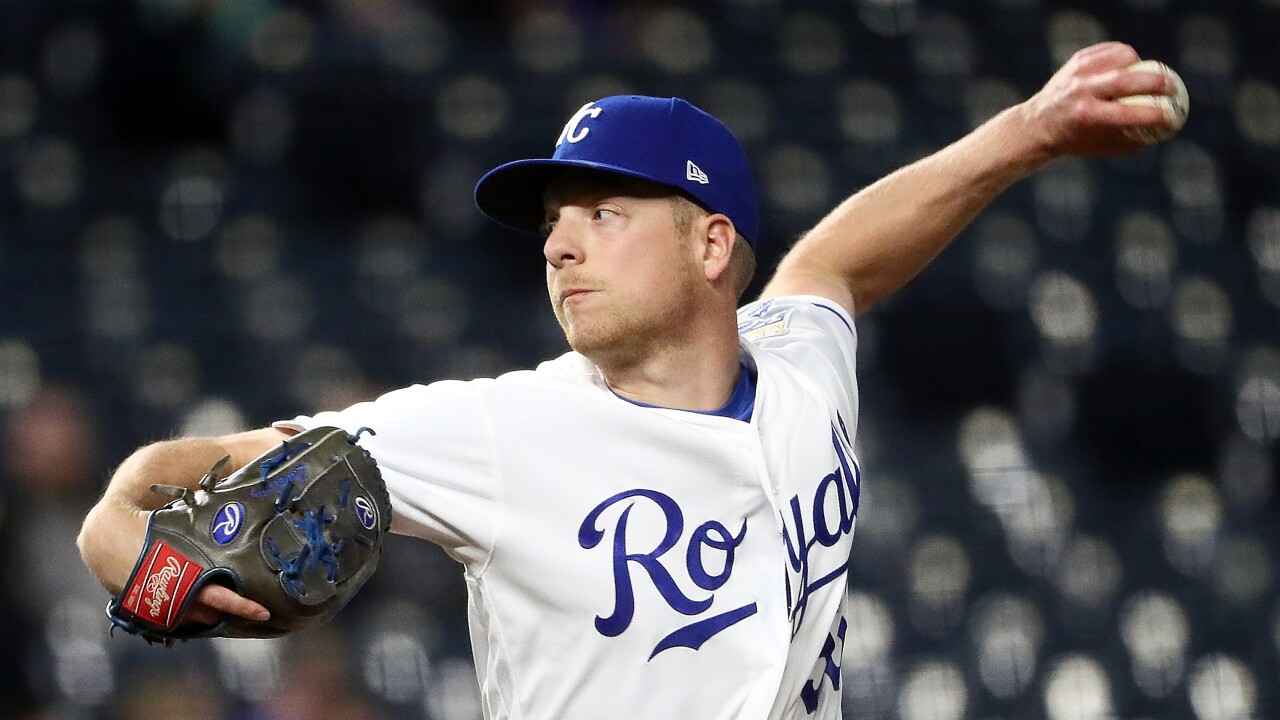 KANSAS CITY, Mo. — Dee Gordon got three hits and drove in two runs as the high-scoring Seattle Mariners extended baseball's best record with a 6-3 victory over the Kansas City Royals on Tuesday night.

The Mariners improved to 11-2 and have scored at least five runs in 12 of those games. The Royals lost their eighth in a row.

Whit Merrifield extended his hitting streak to 30 games, tying a Royals record set by George Brett in 1980. He led off the bottom of the first with an opposite-field triple to stretch a streak that began last Sept. 10 and included the final 20 games of the season.

But the Mariners have some impressive streaks of their own.

When Jay Bruce hit his AL-leading seventh home run in the first inning, the Mariners extended their string to 13 games at the start of a season with at least one home run, matching the Detroit Tigers in 2017. The 2002 Cleveland Indians (14 games) are the only team since 1908 to open the season with more games with home runs.

Seattle also matched the 2000 St. Louis Cardinals with the most home runs (33) through their first 13 games.

Merrifield scored the tying run in the first on an RBI single by Adalberto Mondesi.

Speedy Billy Hamilton scored from second base on a sacrifice fly when Mallex Smith fell down in deep center catching Mondesi's drive, making it 2-all in the third.

Gordon had a two-run single in the fourth for a 4-2 lead.

Marco Gonzales (4-0) gave up two earned runs in six-plus innings. Anthony Swarzak pitched the ninth for his second save in two opportunities.

Mariners: INF Tim Beckham remained out of the starting lineup with tightness in his right hamstring. He tweaked it in the Mariners' 12-5 victory over the White Sox on Sunday. Manager Scott Servais said the decision to hold out Beckham was by the training staff. "Beckham feels better today," he said. "He could probably go out there and start the ballgame tonight."

Mariners RHP Chasen Bradford was placed on the 10-day IL with shoulder inflammation. "We've used him a lot early," Servais said. "He's kind of our go-to guy. You know what you're going to get when Chasen goes out there. He's been very effective. We got a couple of innings out of him last night. He came in after the game and said he felt a little sore, tight. He came in today and he has a little bit of restricted range of motion. He's probably going to be down three, four, maybe five days. With the 10-day DL, let's give him time to get right. It's April 9, so we've got time." He was replaced on the roster by RHP Erik Swanson, who will make his debut in the major leagues with his first appearance.

Royals recalled RHP Heath Fillmyer and purchased the contract of Lovelady from Triple-A Omaha. RHP Kevin McCarthy and LHP Tim Hill were optioned to Omaha. Lovelady is on the major league roster for the first time in his career. "This is everything I ever dreamed of," Lovelady said prior to Tuesday's game. He found out after getting off the plane in Omaha following a road trip when Stormchasers manager Brian Poldberg called him and asked him to come back to baggage claim. When he went back, Poldberg told him, "They need you." Lovelady asked, "What are you talking about?" When Poldberg told him he was heading to Kansas City he said he "lost words and started crying."

Mariners: LHP Yusei Kikuchi (0-0, 4.02 ERA) will get the start for the Mariners in the second game of the four-game series. It will be the first time Kikuchi has pitched with four days' rest, as opposed to the five days' rest he is used to in Japanese baseball.