Wichita State gives up record number of points in first half, yet still wins

Shaq Morris has 23 points and 13 rebounds 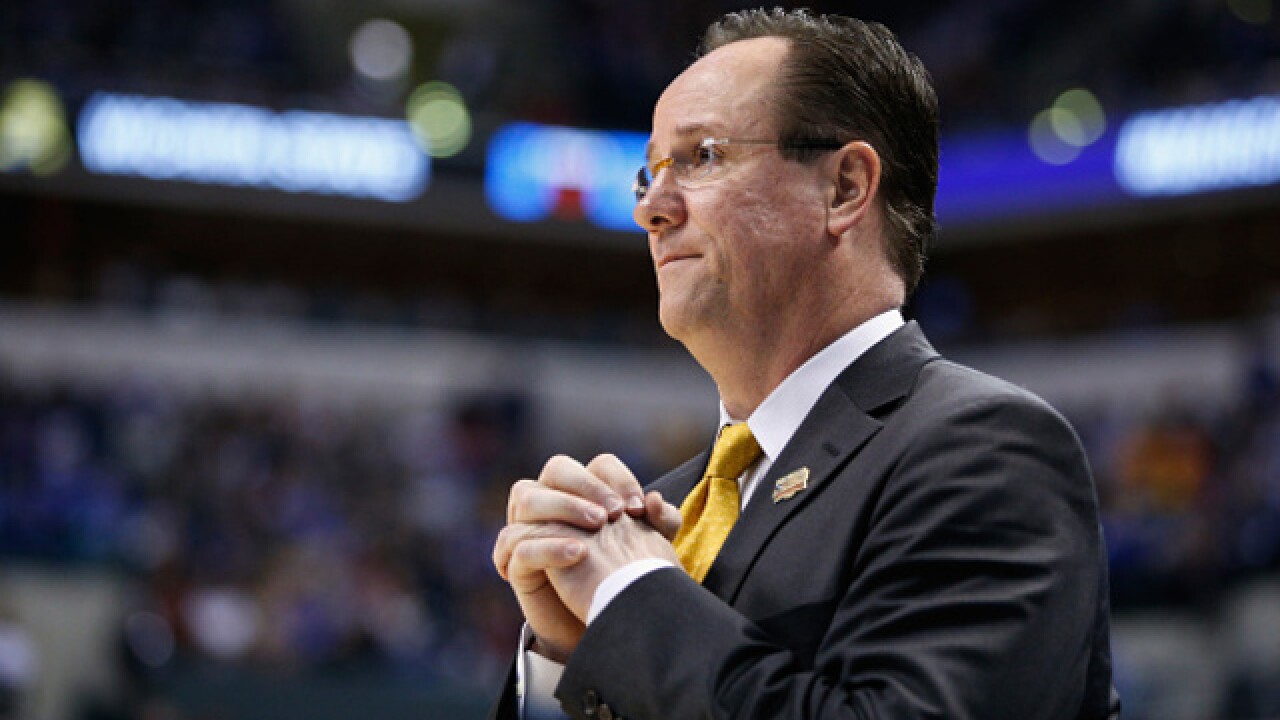 Copyright 2018 Scripps Media, Inc. All rights reserved. This material may not be published, broadcast, rewritten, or redistributed.
Joe Robbins
<p>INDIANAPOLIS, IN - MARCH 19: Head coach Gregg Marshall of the Wichita State Shockers reacts in the second half against the Kentucky Wildcats during the second round of the 2017 NCAA Men's Basketball Tournament at the Bankers Life Fieldhouse on March 19, 2017 in Indianapolis, Indiana. (Photo by Joe Robbins/Getty Images)</p>

And he saw opportunity.

After the Shockers' 93-86 victory Thursday, thanks in large part to Morris' 23 points and 13 rebounds, he had his answer.

"We needed a game like this, especially being down second half and showing resilience."

Darral Willis had 24 points for the Shockers (20-5, 10-3 American Athletic Conference). Morris and Willis, senior big men, were combined 18 of 21 from the floor.

"We rode them," Shockers coach Gregg Marshall said. "When they play like that, you can ride them."

Temple brought a five-game winning streak into the game and was hot in the first half. The Owls were 11 of 15 from the 3-point line while building that 56-42 halftime lead.

Enechionyia spurred the offensive outburst, hitting three 3-pointers and scoring 11 points in a 13-7 run the start the game. He entered the game averaging 11.1 points.

"Obi really got us started," Temple coach Fran Dunphy said. "I don't think we could have played any better offensively in the first half."

Shamet acknowledged he was "pretty frustrated" at halftime. "You don't want to be getting beat like that at home," he said. "It was like we couldn't find an answer."

"We made some coaching tweaks," Marshall said, "but it was really just about finding a way."

Morris did much of the damage with 16 points and eight rebounds in the second half. Dunphy credited Morris with "having a basketball IQ off the charts."

Morris' putback resulting in a three-point play with 1:54 remaining gave Wichita State an 84-81 lead it would not lose. The Shockers outscored the Owls 36-8 in the in the paint.

Marshall said Morris diving in a pile of players to retrieve the ball, resulting in a Conner Frankamp layup, showed him more than any other play.

"This might have been Shaq's finest game as a Shocker," Marshall said. "He was a beast."

Temple: The Owls backed up their hot streak, going toe to toe on the road with a top-20 team in a crazy environment.

Wichita State: The Shockers overcame a huge deficit to beat a hot opponent and, combined with Cincinnati's loss, get back in the conference race.

Dunphy has been to more than his share of arenas, but Thursday was his first game at Koch Arena.

"You hear a lot about it, and it's a special place," Dunphy said. "Late in the game, we were trying to get our guys to come off the center line to press. We had no chance of them hearing us."

Marshall said it was "the loudest Koch Arena has been in many a year."

Shamet had five assists, giving him 252 for his career. He is just the third Shocker to reach 250 before the end of his sophomore season, joining Fred VanVleet (282) and Joe Griffin (306).

Wichita State: The Shockers travel to No. 5 Cincinnati on Sunday. The Bearcats lost at Houston on Wednesday.