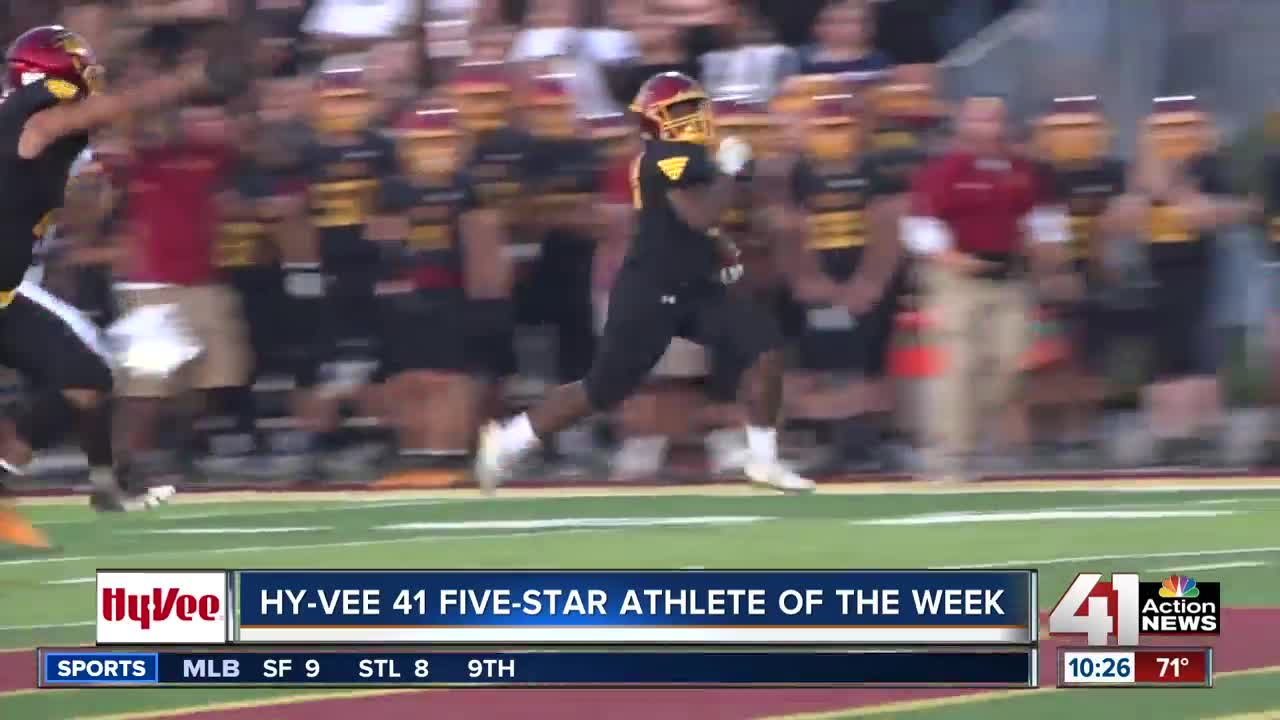 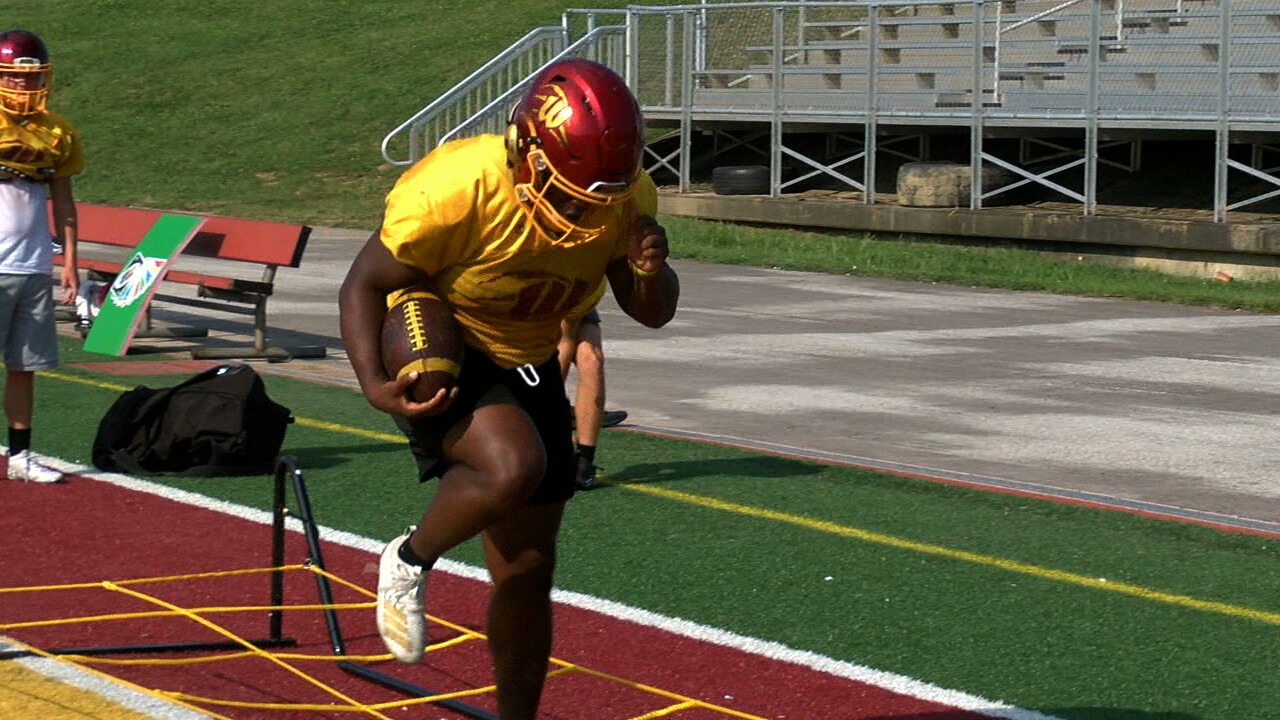 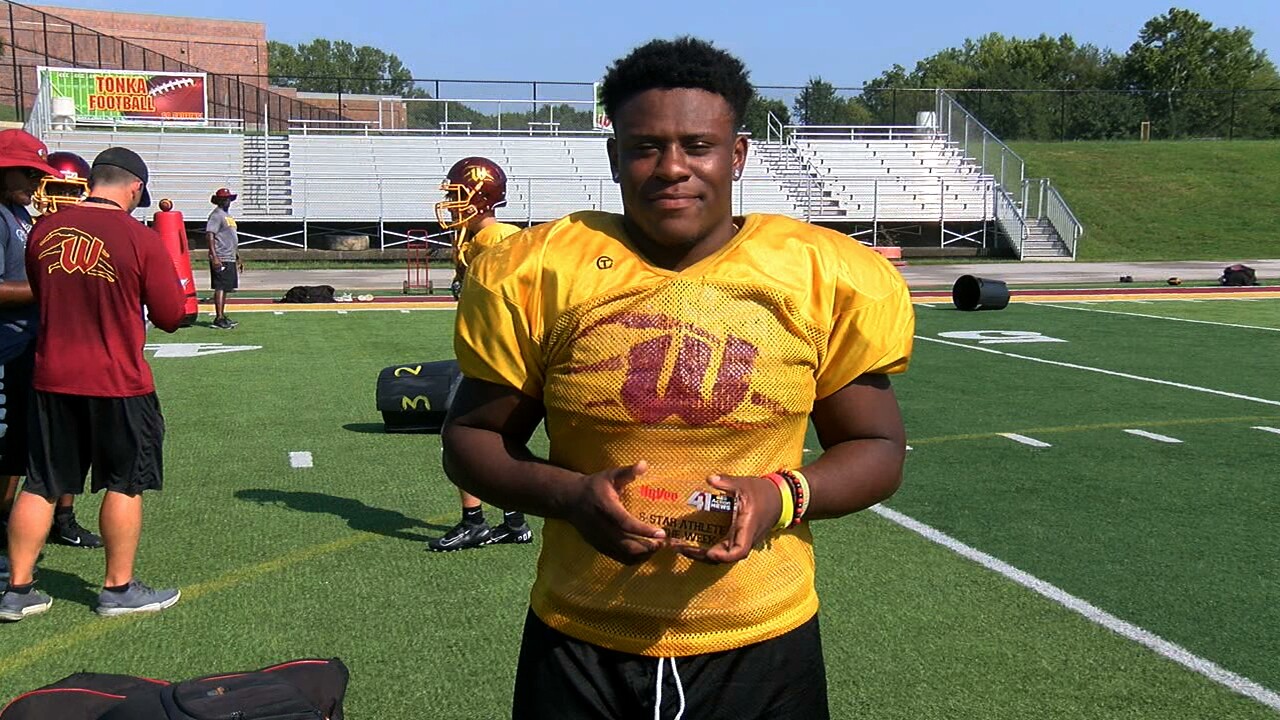 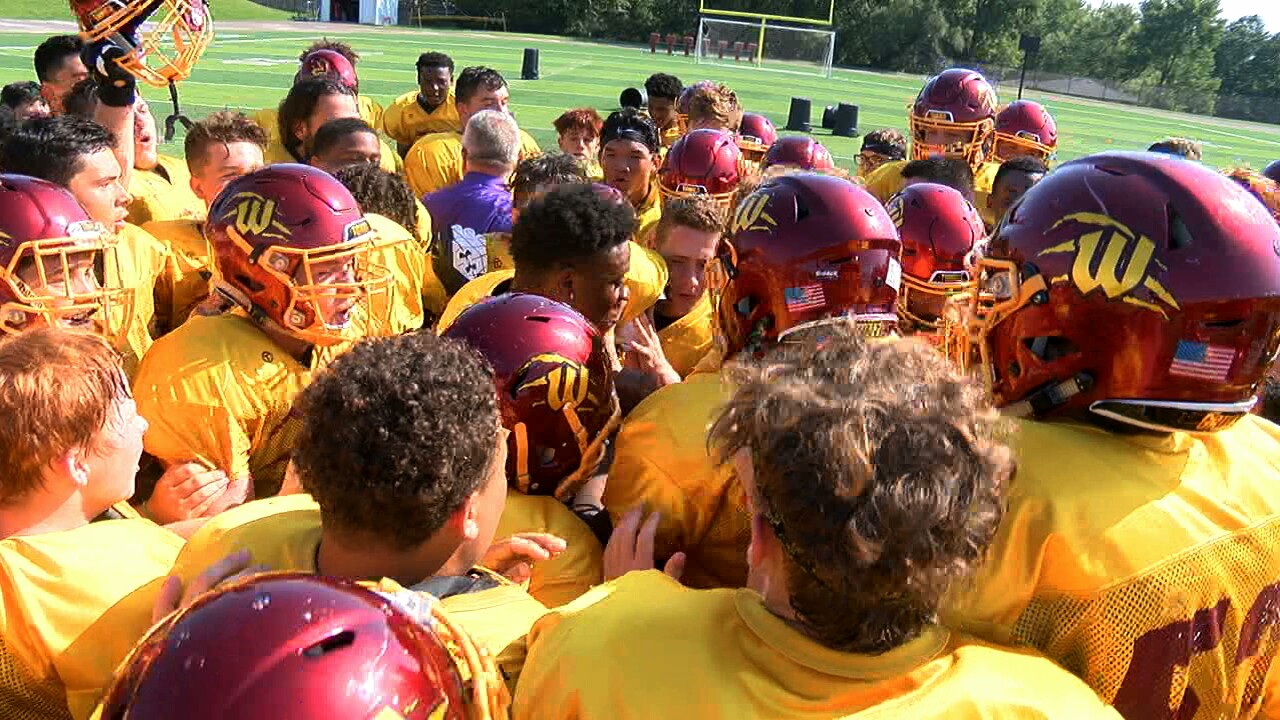 KANSAS CITY, Mo. — Winnetonka's Montre Moore had the night of his life Friday.

Moore, a junior running back, rushed 12 times for 155 yards and three touchdowns in the Griffins' 47-20 win against St. Joseph Benton, a performance that also earned Winnetonka its first on-campus victory in school history.

"It was really my (offensive) lineman," Moore said. "If I didn't have them, this award wouldn't have been presented to me, so I just thank them. They work really hard. We've got a new coaching staff over there."

Benny Palmer is in his second year as Winnetonka's football head coach. It was a tough year in 2018 for the Griffins who finished with a 1-9 record.

Palmer knows that significant contributions from people like Moore will help Winnetonka improve in 2019.

"Montre's one of those guys who's kind of our energy builder, a real spark plug," Palmer said. "He's one of those dudes that, when he's on and he's going, he's really tough to beat. He's a kid magnet. Kids like to be around him. Lineman like to block for him, because he makes his own holes sometimes."

Moore knows that Winnetonka is looking for him to be a leader.

"It means a lot," Moore said. "I just know they're gonna strive to be better, so now I have to set a bigger example (on and off the field)."

Editor's note: The Hy-Vee 41 Five-Star Athlete of the Week segment airs during the 10 p.m. newscast every Wednesday during the school year.