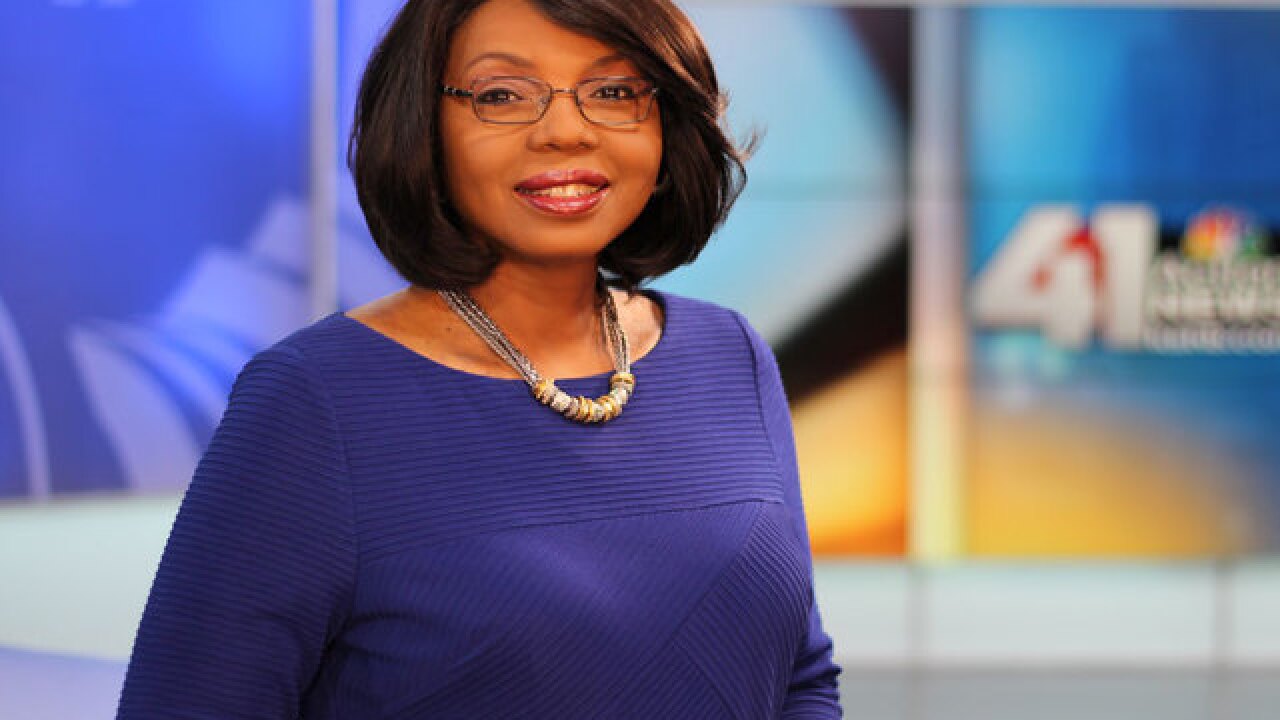 Cynthia Newsome is the Midday Anchor for 41 Action News. Cynthia came to 41 Action News in January of 1997. Prior to that, she was in Oklahoma City for 13 years serving as Weekend Anchor at KWTV Channel 9, a reporter at KFOR-TV and WKY Radio.

Cynthia is an award-winning journalist. In 2012 she was inducted into the Silver Circle of the Mid-America National Association of Television Arts and Sciences for excellence in broadcasting and community service. In 2008 her Radon Awareness and Lung Cancer reports captured First Place in the American Cancer Society High Plains Division's media awards for Community Awareness. The Kansas Association of Broadcasters awarded Cynthia Third Place for In-Depth Reporting for her 2007 investigation exposing mold at Central High School.

Notable highlights in her 30-plus year career in broadcasting include covering the Oklahoma City bombing of the Murrah Federal Building. Cynthia’s reports on the lives of bombing victims are shown at the bombing memorial and museum in Oklahoma City.

Cynthia came to Kansas City and met and married the love of her life, Ed Newsome. Ed owns Good News Appraisals and is the former President of the Kansas City Public School District. He actually popped the question to Cynthia on live TV on NBC Action News on June 13, 2001. They were married that same year. She has two step-children, Edward II and Kimberly.

Community involvement is high on Cynthia’s list of priorities. In 1997 she founded an organization called Awesome Ambitions. It's a program for high school girls in the Kansas City Public School District, inspiring them to set and achieve positive goals for their health, education and future careers. In June 2011, Cynthia was diagnosed with breast cancer. After 8 chemotherapy treatments, 33 radiation treatments and a lumpectomy, many prayers and the loving support of her husband Ed, family, co-workers, viewers, church members and neighbors, Cynthia is a breast cancer survivor! She and her husband Ed started a foundation called Share the Love 33. Its sole purpose is breast cancer awareness.  In 2014, Cynthia and Ed took their breast cancer awareness program to refugee camps in northern Ethiopia. They also shared their message in Nairobi, Kenya.

Cynthia and her family are faithful members of United Believers Community Church, a Baptist congregation in south Kansas City. Cynthia says her favorite things about Kansas City are the great music, great food, and, most of all, the great people.

You can email Cynthia at cynthia.newsome@kshb.com.