Naloxone nasal spray for opioid overdose gets approval, may be used by non-medical professionals 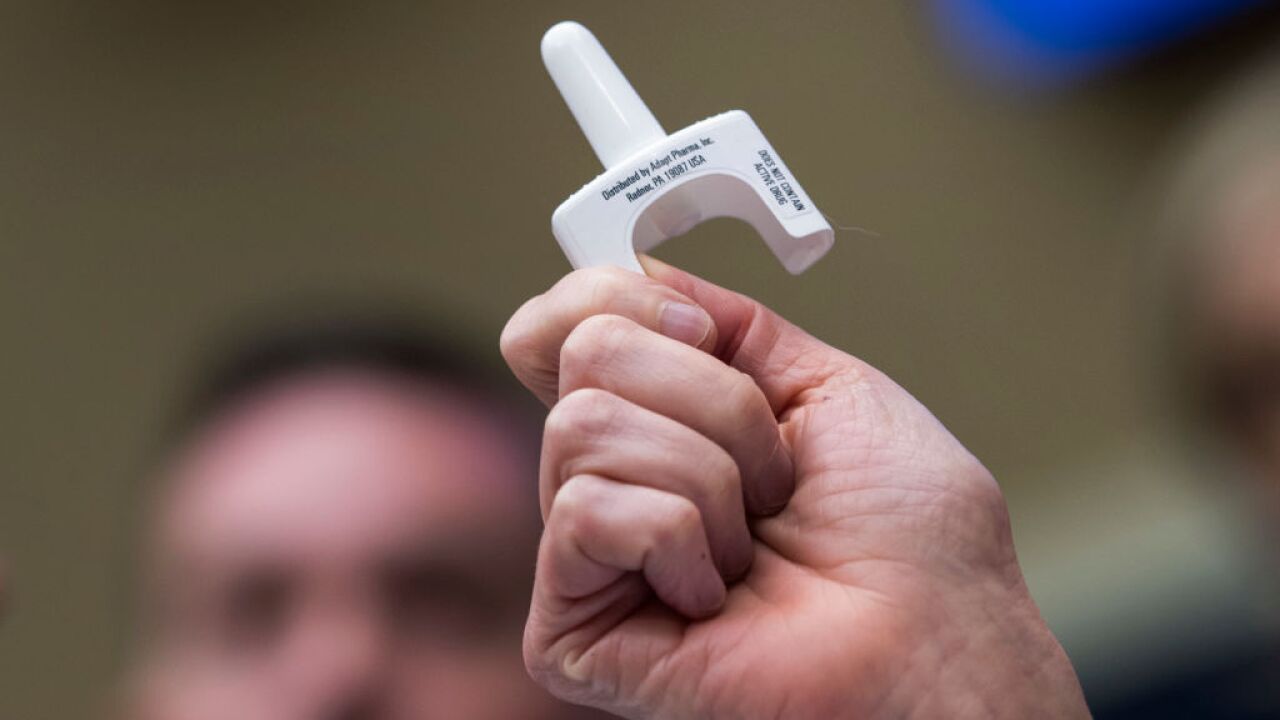 The FDA has approved a generic naloxone hydrochloride nasal spray that may be used in the event of an opioid overdose, and it is working to expedite approval of an over-the-counter naloxone product.

The FDA says it is committed to combat an ongoing opioid overdose epidemic in the United States.

There are "a number of efforts are underway to make this emergency overdose reversal treatment more readily available and more accessible," states a news release. "In addition to this approval of the first generic naloxone nasal spray, moving forward we will prioritize our review of generic drug applications for naloxone. The FDA has also taken the unprecedented step of helping to assist manufacturers to pursue approval of an over-the-counter naloxone product and is exploring other ways to increase the availability of naloxone products intended for use in the community, including whether naloxone should be co-prescribed with all or some opioid prescriptions to reduce the risk of overdose death,” said Douglas Throckmorton, M.D., deputy center director for regulatory programs in the FDA’s Center for Drug Evaluation and Research.

This approval is the first generic naloxone nasal spray for use in a community setting by individuals without medical training; however, generic injectable naloxone products have been available for years for use in a health care setting, the FDA states in its release.

The Centers for Disease Control and Prevention says "more than 130 Americans die every day from overdoses involving opioids, a class of drugs that include prescription medications such as fentanyl, oxycodone, hydrocodone and morphine, as well as illegal drugs such as heroin or drugs sold as heroin."

From the FDA announcement:
Naloxone nasal spray does not require assembly and delivers a consistent, measured dose when used as directed. This product can be used for adults or children and is easily administered by anyone, even those without medical training. The drug is sprayed into one nostril while the patient is lying on his or her back and can be repeated if necessary.