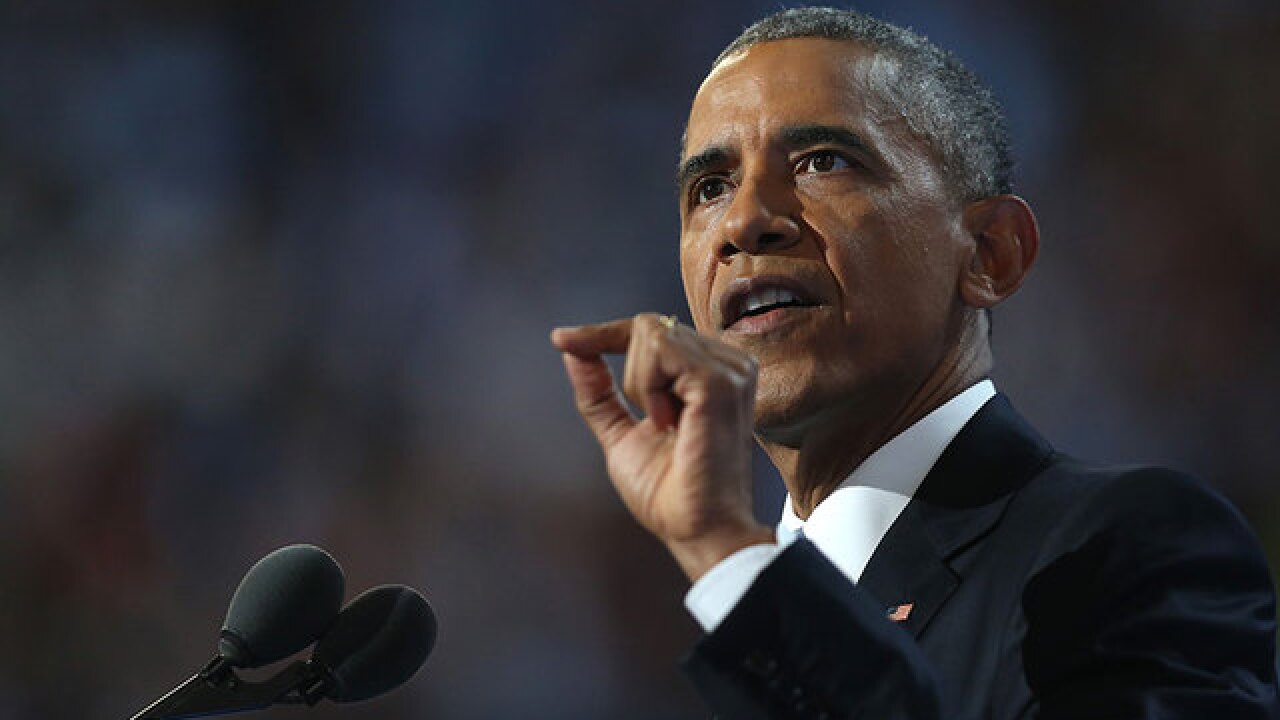 It might be many a decade before Americans have the chance to watch a night of masterful oratory and sophisticated, substantive political persuasion like the Democratic National Convention produced Wednesday night in Philadelphia.

That was a hard sentence for me to spit out.

I’ve been a fiend for politics ever since I was elected to a prestigious position on Safety Patrol the very first week of school in 6th grade. Though it was a dazzling triumph that freed me from ever seeking high office again, my fascination and high hopes for politics and government led to my career in journalism.

Why I am boring you with my nostalgia? Because I am leading up to an embarrassing admission.

I covered my first convention in 1992 and became an incorrigible Scrooge about conventions. With few exceptions – a few great nights – modern conventions have become phony, wasteful, condescending and boring relics that actively turn off and disillusion normal citizens who see right through the spin and bull. Conventions are live action displays of the cluelessness of the political class and their pals in the lobby business and news media.

The Democratic convention this year is proving me wrong. Yes, it has been super slick political marketing and that is a kind of creepy.

But the convention has wonderfully showcased the lost art of fine oratory in a noble cause. The best speeches so far have been substantive, emotional, eloquent, purposeful and complementary, and respectful of listeners, not condescending.

The GOP convention was authentic and honest in its way. Serious disagreements were out in the open air, a genuine, frenzied hatred of Hillary Clinton was in full, uncensored display and a large assemblage of white people described the country they wanted to live in without apology or “political correctness.” But the party’s best performers boycotted the show and the speechifying was worse than pedestrian.

On Monday, first lady Michelle Obama delivered a beautiful, complex and emotional testimonial about why Hillary Clinton should be elected president. It was the speech of a lifetime, a masterpiece. Everyone assumed it would be the most remembered speech of the convention.

On Tuesday night, the “Mothers of the Movement” – mothers of black men killed by police – had the delegates sobbing together and surely millions of people sobbing in front of their televisions.

Bernie Sanders came and did his job. What the address lacked in fancy flourish, it made up for in substance; he endorsed Hillary Clinton with gusto and brimstone.

And then came Bill -- potential first gentleman, party icon, perpetual object of gawking fascination, master of the political sermon. He made big-league shot after shot like Stephen Curry on a red-hot streak. He was riveting.

And he did what no one has ever done before, he made Hillary a human being again and erased the cartoon that has been Hillary Clinton since 1992. Rambling through stories about their courtship and early jobs, marriage and daughter, he wove in the facts of her compulsive do-gooding, her battles to change and fix old programs and policies and her implausible genetic inability to give up, walk away and get out of the fire.

It is old news that in public Hillary does not do emotion, open up and let it all hang out. Bill does. So she outsourced the job to her husband and he did her proud.

Michelle Obama and Bill Clinton: Who was going to top them?

How about Vice President Joe Biden, who gave one of the greatest speeches in a long, long career of speeches and talking a lot. He was given a passionate welcome and he nailed the speech. He took himself out of celebrity statesman mode by talking about the awful losses in his life and the recent death of his son. His testimonial for Hillary Clinton was plain-spoken, personal and deadly sober because, he said, she will be commander-in-chief.

And then he turned to Donald Trump, a man whose “cynicism is unbounded,” who “embraces the tactics of our enemies.” It might have been the best indictment of Trump I have ever heard outside a comedy act.

Vice Presidential nominee Tim Kaine almost did. He was exuberant, at ease, totally natural and having the time of his life. His cheerleading for Hillary was all-pro. But his assault on Trump was an MVP level performance – funny, not cruel, not superficial but it stabbed all the vulnerable pressure points. Like Biden, Kaine tailored his attack for people vulnerable to Trump’s allure, not so much to people Trump simply insults and dismisses.

Kaine came off as absolutely devoid of phoniness. He was a happy warrior who reminded me so much of Hubert Humphrey. It was a great political speech.

He defended his record, sure, but more he made the case against Trump that America is not a disaster. He shamed Trump for inciting fear and hate and then preying on fear and hate. He reminded Americans confused by months of a reality television campaign serial that the presidency is a real thing, a very serious thing and that Donald Trump is a very unserious, whimsical, ignorant, racist rich kid.

His endorsement of Hillary was extravagant. When she joined him on stage the energy and affection spun up to a cyclone.

It was a giant night, better live political theater than I ever thought I’d see again. I will eat my words and take my lashings and nasty emails humbly.

How much will it matter in November? On the import of summer conventions on autumn votes, I’m still a Scrooge. And for all the great big acts this week, the one that matters most comes tomorrow, with Hillary Clinton alone on the ultimate American stage.