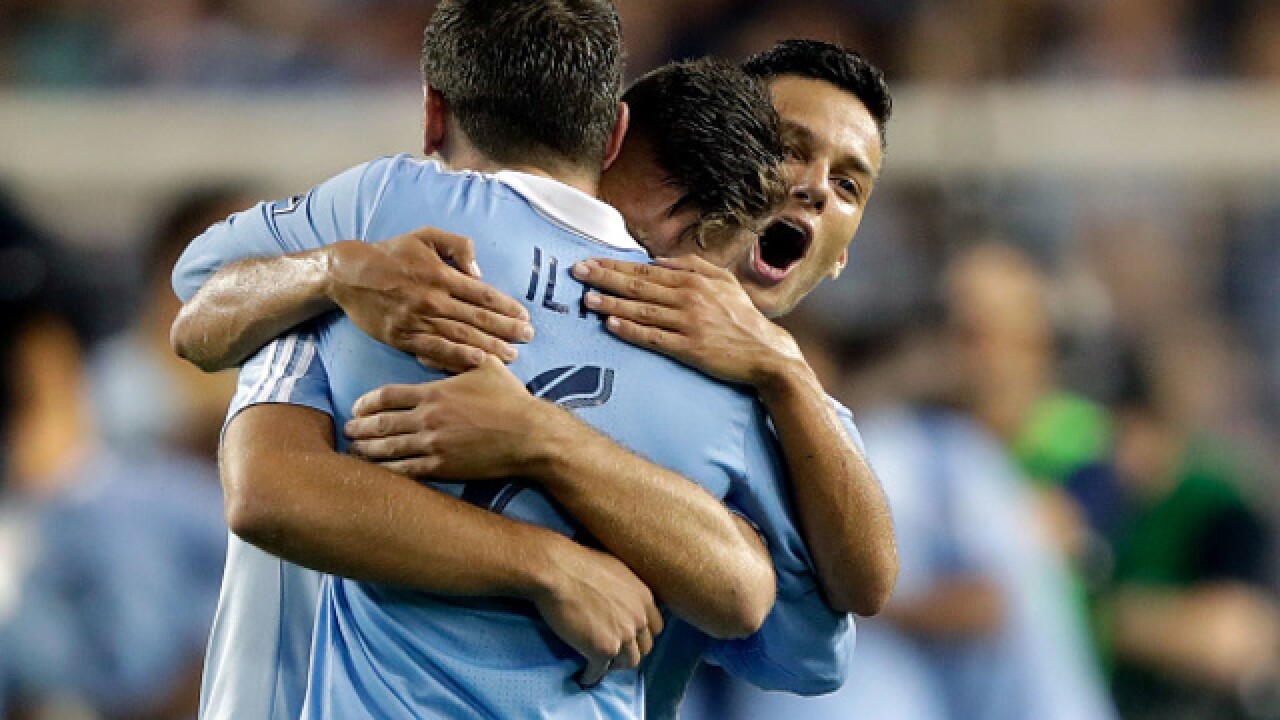 KANSAS CITY, Kan. (AP) -- Andrew Dykstra recorded his first shutout since 2014 and Sporting Kansas City clinched a playoff spot after a 0-0 tie against the Houston Dynamo on Sunday in their second meeting in four days.

After the game, Houston learned it secured a playoff berth -- needing losses by Real Salt Lake and FC Dallas.

Two key players from each team returned from international duty. Matt Besler and Graham Zusi both started for Sporting KC after the United States' crushing loss to Trinidad & Tobago. Houston's Alberth Elis started in his return from playing with Honduras and fellow countryman Romell Quioto entered as a second-half substitute.

Tyler Deric's huge save in the finals seconds preserved his fifth shutout of the season for Houston. He had a season-high nine saves.

Sporting KC's Jimmy Medranda settled a pass on the left end line in the 97th minute and sent a cross in front of goal that deflected off two Houston defenders. Sporting KC's Latif Blessing and Benny Feilhaber were each in position for a game-winning tap-in but Deric cleared it with a punch-out.