Sporting loses in MLS knockout round for fourth straight season 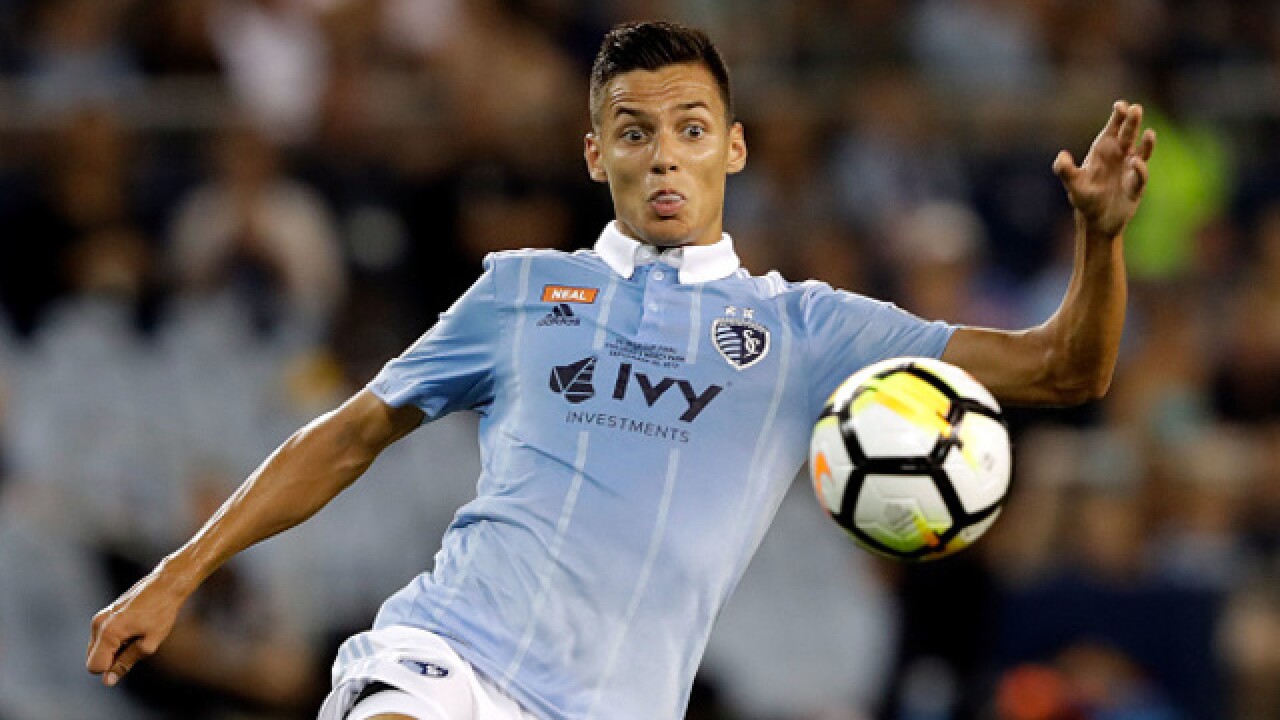 (Oct. 26, 2017) -- Sporting Kansas City fell victim to postseason heartbreak on Thursday night at BBVA Compass Stadium, suffering a 1-0 extra-time defeat to the Houston Dynamo in the Western Conference Knockout Round of the Audi 2017 MLS Cup Playoffs.

Houston forward Alberth Elis struck the decisive goal in the 94th minute as Sporting KC's season ended away from home in the single-elimination Knockout Round for the fourth consecutive year.

Vermes made two changes to the Sporting KC lineup from Sunday's regular-season finale at Real Salt Lake, with Benny Feilhaber joining Ilie and Roger Espinoza in midfield and Gerso thrust into attack alongside playoff debutants Latif Blessing and Diego Rubio. Jimmy Medranda replaced the injured Seth Sinovic at left back, forming part of a backline that included Matt Besler, Graham Zusi and Ike Opara, who earned his 100th appearance for the club in all competitions. Goalkeeper Tim Melia missed his fourth straight game with a hamstring ailment, paving the way for Andrew Dykstra's maiden postseason start.

A cagey first half produced a scarcity of scoring chances on both ends. The visitors threatened twice in quick succession shortly before the 20-minute mark, as Opara's header off a looping Besler throw-in and long-range bullet from Gerso both skipped narrowly wide of frame. Houston's best foray saw Zusi repel Albert Elis' teasing cross to the top of the penalty area, where Tomas Martinez's rebound effort was blocked by Besler.

Gerso almost fired Sporting KC ahead in the 39th minute, racing onto a delightful diagonal pass from Espinoza and pulling the trigger from the left side of the box, prompting Houston goalkeeper Tyler Deric to produce an excellent save as Philippe Senderos headed safely behind for a corner kick.

The hosts spurned a glorious opportunity on the hour mark when Alex's delivery from the left wing found an unmarked Erick "Cubo" Torres near the penalty spot, but the Mexican's header was straight at Dykstra. Opara thought he had nodded Sporting KC in front shortly thereafter, but the center back was offside by the slimmest of margins prior to cushioning Zusi's free kick low into the corner past Deric.

Drama amplified as regulation ended scoreless, though it didn't take long for the Dynamo to break through in the extra session. Three minutes after spurning a clear chance off an Alex through ball, Elis found the back of the net to ignite celebrations inside the stadium. Substitute Vicente Sanchez did well to beat his marker down the right endline and cut the ball back for the 21-year-old Honduran, who tucked home for his 11th goal of the year in all competitions.

Sporting KC committed numbers forward in search of an equalizer, and Salloi was first to test Deric in the 97th minute only to see his right-footed attempt saved. Ten minutes later, Zusi's 25-yard drive was pushed aside by Deric before Cristian Lobato's curler lacked the placement and pace to beat the Dynamo gloveman.

Referee Mark Geiger awarded Houston a penalty in the 123rd minute when Dykstra clipped Sanchez on the breakaway, but the Sporting KC goalkeeper atoned by saving Sanchez's ensuing spot kick to keep the deficit at 1-0.