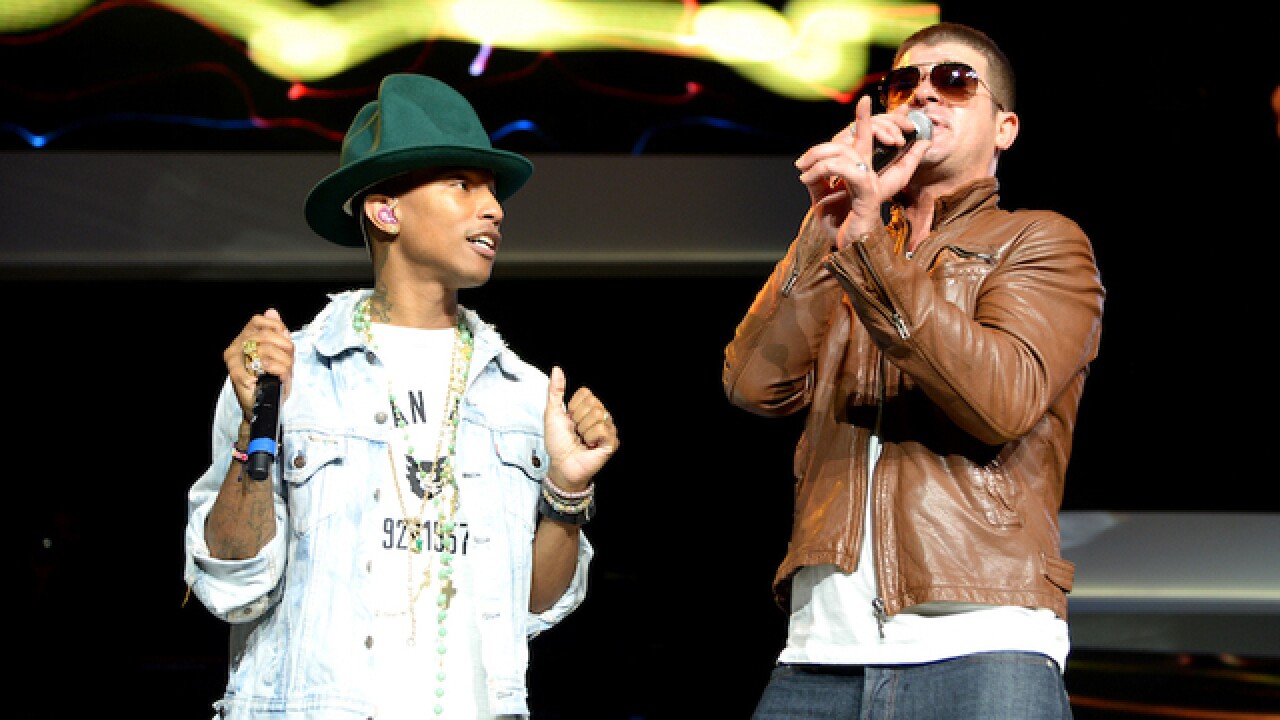 A five-year legal battle over the copyright of the hit song "Blurred Lines" has ended with Marvin Gaye's family being awarded a final judgment of nearly $5 million against Robin Thicke and Pharrell Williams.

The pair had been accused of copyright infringement for their 2013 single because of the similarities to Gaye's 1977 hit "Got to Give It Up."

Gaye died in 1984 after being shot to death by his father, Marvin Gay Sr. (the singer added the "e" to create his stage name).

Thicke and Williams were ordered in 2015 to pay Gaye's estate more than $7 million, but that judgment was reduced to $5.3 million and the pair appealed the verdict.

In the recent judgment from U.S. District Judge John A. Kronstadt in California, Thicke, Williams and Williams' More Water From Nazareth Publishing are jointly required to pay Gaye's family damages of nearly $2.9 million.

Additionally, Thicke was ordered to pay more than $1.7 million and Williams and his publishing company must pay $357,631 in separate awards to Gaye's estate.

The ruling also awarded Gaye's family prejudgment interest on the damages and 50% percent of the royalties from "Blurred Lines" moving forward.

It was also ruled that each party was responsible for its own legal fees.

CNN reached out Thursday to representatives of Thicke and Williams.