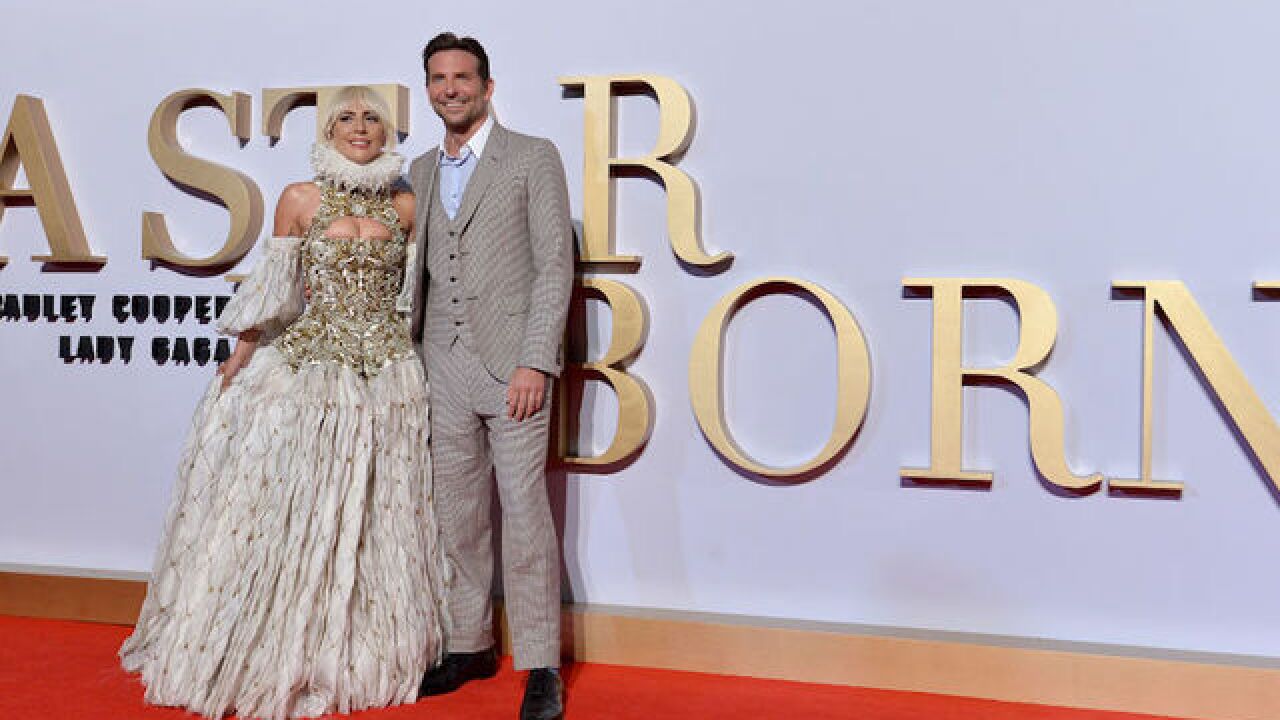 Image copyright 2018 Getty Images. All rights reserved. This material may not be published, broadcast, rewritten, or redistributed.
Jeff Spicer
<p>Lady Gaga and Bradley Cooper at 'A Star Is Born' UK Premiere at Vue West End on September 27, 2018 in London, England.</p>

Golden Globe Awards nominees will be announced Thursday, and the trophy that will go to the winners in 2019 will be a new statuette.

The newly designed trophy replaces one designed in 1954 that stood at just more than 10 inches in height with a weight of 5.5 pounds. The new one is a little bit taller, weighs 7.8 pounds and is made of brass, zinc and bronze.

The Golden Globe Awards historically have a taste for star power, hit movies, musicals, and international talent. Happily, for the broader awards-industrial complex, this year's roster of contenders includes an abundance of all of them, in a year where the Oscars flirted with creating a "popular film" category.

The Hollywood Foreign Press Assn., the group of roughly 90 journalists who wield outsized influence because of the Globes, will unveil its annual nominations in movies and TV on Thursday, marking what amounts to the kickoff of an official three-month "awards season," with all the sharp elbows and jockeying of a political campaign.

Although a host of factors have contributed to lower ratings for televised award shows -- including the fact that there are simply too many of them -- having more broadly seen films has improved tune-in in the past, theoretically because people have more rooting interest if they've actually seen the movies.

More recently, though, the market has exhibited a fairly wide split between what is deemed award-caliber movies and those that Hollywood relies upon to fuel its profits -- namely, blockbusters like those from Marvel and "Star Wars" proprietor Lucasfilm.

The looming question remains whether this year's biggest moneymaker, "Black Panther," can surmount skepticism toward superhero movies and break into the awards race, after the well-regarded "Wonder Woman" was overlooked last year. But voters have many popular films to consider, including "A Star is Born" -- a heaven-sent hit, with Lady Gaga as an extra draw -- the upcoming "Mary Poppins Returns," and animated hits like "Incredibles 2" and "Ralph Breaks the Internet."

The Globes are uniquely suited to capitalize on those dynamics, splitting its awards into drama and musical or comedy categories, which creates the opportunity to nominate not just "Mary Poppins" (a genuine musical, at a time when they remain fairly rare) but also a hit comedy like "Crazy Rich Asians." There are also a host of marquee names, including Lady Gaga and Bradley Cooper for "A Star is Born."

Still, the Globes are also likely to indulge their other impulse -- recognizing international performers -- thanks to an abundance of strong niche films, including those that hail not just from the art-house tier but streaming services. Foremost among those would be two black-and-white films: Alfonso Cuaron's "Roma," which is being released by Netflix, and Amazon's "Cold War" -- movies that will represent Mexico and Poland, respectively, in the Oscar foreign-language film competition.

There is no shortage of European talent from which to choose, including Olivia Colman in the costume drama "The Favourite," Emily Blunt as the new Mary Poppins, Carey Mulligan ("Wildlife") and Saoirse Ronan ("Mary Queen of Scots").

Because of the proximity to the Oscars, the Globes' TV tends to take a back seat. But it will also be interesting to see how well the streaming services perform, after Netflix's breakthrough year at the Emmys -- tying HBO in overall wins -- and Amazon's success with "The Marvelous Mrs. Maisel," which begins its second season Dec. 5, having won both the Globe and Emmy this year.

The Globes have only honored the eventual Oscar winner seven times in the last 16 years, so using them as a cheat sheet for the year's biggest prize is an imperfect science. Still, as the Hollywood Reporter's Scott Feinberg noted, the HFPA's selections likely have more influence in terms of helping "winnow the field of contenders" by setting back the cause of those movies and performances that are overlooked.

Hollywood loves the promotional value that comes from Globe nominations heading into the holiday season, as well as the show's loose, party atmosphere. If this year's awards strike the elusive balance between the arty and the popular, everyone concerned might have a little more reason to celebrate.