KANSAS CITY, Mo. — The stage production of Disney's "The Lion King” will be at Music Hall in Kansas City during the month of May.

For the last eight years, Kansas City native Ben Jeffrey has played the role of "Pumbaa" on Broadway in New York City. But this month, for the first time in his career, he'll be performing a professional show in his hometown.

"It's always worse to do this in front of your friends and family," Jeffrey said. "And I have a lot of people that know me coming to see this show.”

The first time Jeffrey saw a major musical production was at The Music Hall in Kansas City 25 years ago. Now, he's performing on that stage.

"I keep driving around and getting choked up randomly," Jeffrey said.

He’s portrayed "Pumbaa" thousands of times on Broadway. His parents, who still live in Kansas City, were at his first show.

"It's pretty magical," Ben's father Bruce Jeffrey said. "You just keep pinching yourself, 'Is this really happening? Is he really here? Are we really here?'" 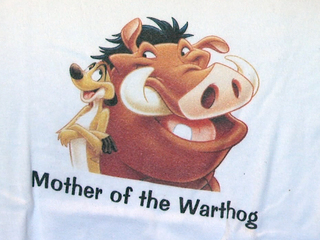 They've got plenty of reasons to be proud. Ben Jeffrey was homeschooled and performed in shows as part of a program his mother started for homeschooled students.

"He has a phenomenal voice," Bobbie Jeffrey said. "And so we knew that we had something a little different there."

Doing the show here means old friends and teachers that helped along the way will get to see the performance that changed Ben Jeffrey’s life.

"I'm sure it's going to be a wash of emotions," said Beckie Lucas, who also taught Ben Jeffrey when he was young. "It's just so exciting. I'm so happy for him. There were a lot of us that thought, he has to be exposed to more people."

For his part, Ben Jeffrey remains humble about the job he's held for the last eight years and is quick to give credit to people in Kansas City who helped him grow into the artist he is today.

"Every good thing that has come into my life has come because people looked at me and said, 'I will believe a promise in you,'" Jeffrey said. "Whether I'm on Broadway as Pumbaa for the next 10 years, or whether I book a movie or TV series that makes me super famous, it is what it is, and it's gonna be great. And what it is doesn't really matter that much to me."

"The Lion King" has shows running all this month at The Music Hall in Kansas City. To buy tickets, click here.