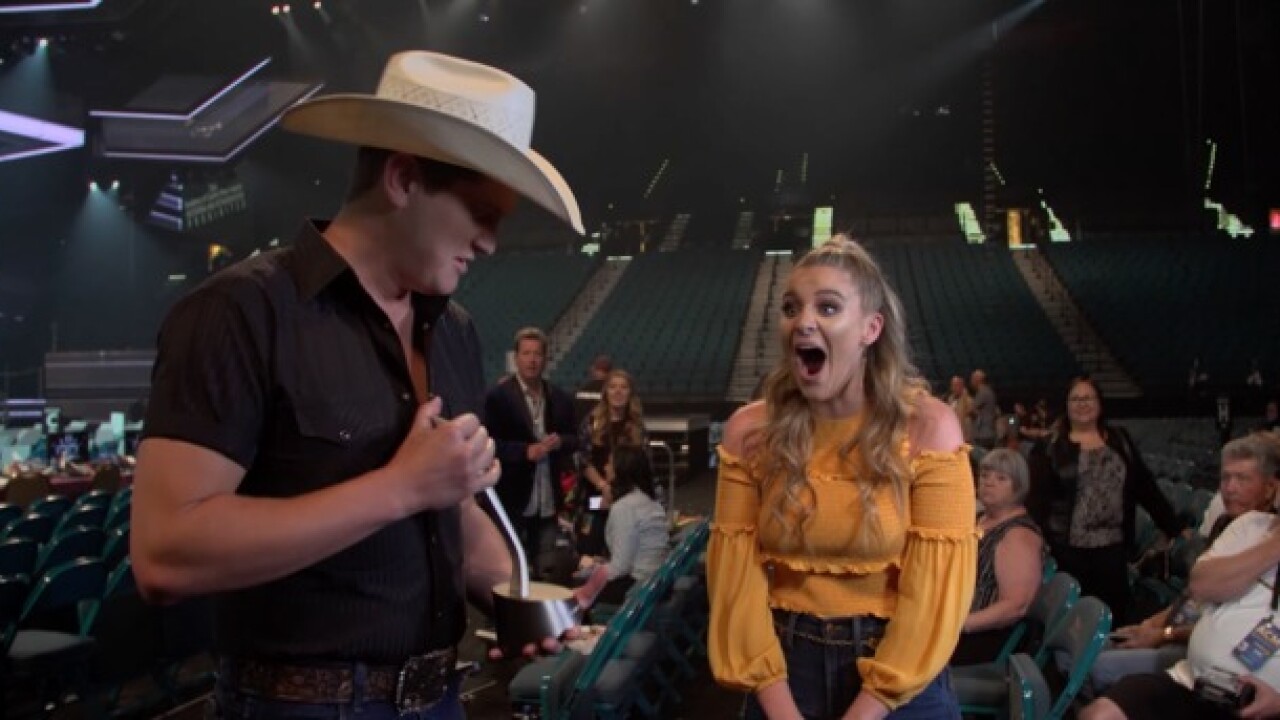 Lauren Alaina and Kane Brown have been working behind the scenes this weekend in Las Vegas as the official social media correspondents for the 53rd Academy of Country Music Awards.

While interviewing Jon Pardi, Alaina took her duties so seriously that she never saw a surprise trophy presentation coming.

Pardi presented Alaina with her award for New Female Vocalist of the Year. The timing couldn’t have been better as Alaina was able to share the moment with her mother, who was seated nearby.

While the trophy presentation got a little emotional, it was nothing compared to the moment when Alaina learned she’d won the award through a phone call from Reba McEntire.

And catch more big moments when the ACM Awards air at 7 p.m. CT on CBS.