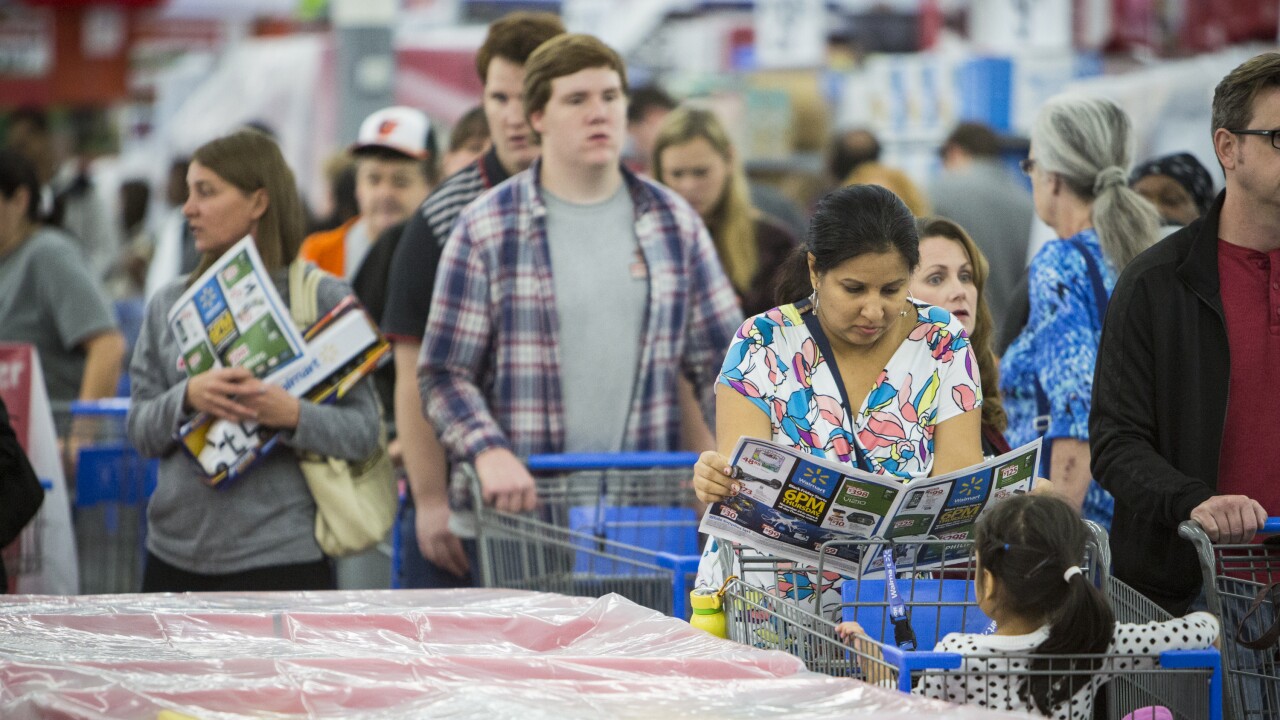 In a typical year, you might expect to see holiday decor start to crowd out the Halloween candy around mid-October. But in 2020, the holiday shopping season has felt like it started even earlier due to the changes brought about by the pandemic.

Social distancing concerns have forced retailers to rethink their promotional plans, and Amazon’s rescheduled Prime Day in mid-October kicked off the seasonal incentives to shop early and often.

So far it seems to have worked: Plenty of people have gotten a head start on their holiday shopping this year. Forty-two percent of holiday shoppers said they started earlier this year than they normally do, according to a November survey from the National Retail Federation and Prosper Insights & Analytics.

The survey also found that 59% of holiday shoppers had already started making purchases well ahead of Black Friday. Compare that to 10 years ago, when only 38% of respondents had already gotten a running start in early November.

As the holiday stretches out into a multi-month marathon, will Black Friday matter this year? Well, sort of. The holiday isn’t going anywhere—and stores won’t let you forget about it. But it’s going to look a lot different in 2020.

In recent years, retailers were kicking off Black Friday by starting in-store sales nearly 24 hours early: on Thanksgiving Day itself. But pandemic concerns may have put an abrupt end to this trend.

Major retailers like Kohl’s, Dick’s Sporting Goods, and Target announced as early as July that they would break their traditions of opening stores early for Black Friday and simply stay closed on Thanksgiving Day.

“Let’s face it: Historically, deal hunting and holiday shopping can mean crowded events, and this isn’t a year for crowds,” Target said in a blog post outlining its holiday plans.

Walmart will also be closed on Thanksgiving Day, opting instead to keep regular Wednesday hours, then reopen at 5 a.m. on Friday. It’s the first time the retail giant has opted against Thanksgiving Day hours since the 1980s.

Experts say people will still shop on Thanksgiving, but will do so online. “After the pumpkin pie, they’ll go to the couch with their computer and that’s where they’ll start their Black Friday shopping,” said Rod Sides, vice chairman and U.S. leader of retail and distribution at Deloitte.

Although stores may keep their locations closed or limit their hours on Thanksgiving, their websites are always open, meaning a company can still pull in revenue that day without incurring the cost of staffing stores. Retailers have seen a huge increase in online sales, after years of declining foot traffic in stores, so cutting Thanksgiving Day hours is unlikely to be a huge stretch even without coronavirus concerns.

“The pandemic has made that choice [to close] a lot easier,” said Seth Basham, a retail analyst at Wedbush Securities.

2. Some Retailers Are Rejecting Black Friday

For some retailers, going against the Black Friday grain is a big part of company culture.

Outdoor retailer REI will be closed on Black Friday for the sixth year in a row in 2020. The co-op’s “Opt Outside” campaign closes its stores, distribution centers and call centers on Black Friday in an effort to encourage people to spend the day outside with family and friends instead of shopping.

But while REI was once the outlier, it may have some company this year. Ecommerce footwear brand Allbirds will actually raise prices on Black Friday, increasing the price for every item on its website by $1 with the spare buck going toward organizations mitigating climate change.

Even stores you might not immediately think of for Black Friday savings are changing things up this year. California grocery store chain Gelson’s announced it will have reduced hours on Thanksgiving, then be closed all day on Nov. 27 to acknowledge employees’ response to the pandemic.

Forget waking up at 4 a.m. to be first in line for a great deal on Black Friday. The doorbuster deal, which offers a low price for a period of just a few hours, is a thing of the past.

“There will be less emphasis on doorbuster-type offers this year, because social distancing makes it harder to queue up,” said Sides. There will still be limited-time or limited-quantity offers for some sale items, but Sides expects fewer people will feel compelled to line up to access deals. Deloitte’s research shows that people are planning to start shopping later in the day if they venture out on Black Friday.

4. Deals Are Everywhere, All The Time

Why wait for Black Friday to shop when there’s a sale around every corner?

By November 10—just 10 days into what Adobe considers the start of the holiday season, $21.7 billion had been spent online—21% higher than the same period in 2019.

Retailers of all sizes have rethought how they will present holiday discounts this year. Walmart, for one, is breaking its usual Black Friday deals into “Black Friday Deals for Days,” rolling out sale prices at regular intervals during the entire month of November rather than wait until Nov. 27. On days when stores open early to offer in-store savings, customers will need to wait in a socially-distanced line and employees will limit the number of people who can enter.

But before the pandemic, holiday shopping was already spreading out over the long Thanksgiving weekend instead of being concentrated on Black Friday. Now, the holiday shopping season has given rise to Small Business Saturday for supporting local shops and Cyber Monday for online shopping, plus big days like Green Monday (the second Monday of December), Free Shipping Day (usually around December 15) and Super Saturday (the last Saturday before Christmas).

If every day is a shopping holiday, the need to cram all your shopping into Black Friday feels unnecessary.

Read more: How To Budget For Holiday Shopping When The Season Is Now Twice As Long

The Name Will Remain, Even if Black Friday’s Luster Fades

It’s not impossible for Black Friday to have a post-pandemic rebound, Sides said, but the impact of the day has already waned.

“We all like the hustle and bustle a little bit, but folks have figured out they don’t need additional stress” during the holidays, Sides said. There are just as many sales taking place online as there are in stores, and not everyone who goes to their local store is actually shopping on the spot—many will choose to buy online, pick up in-store or via curbside.

Basham predicted that we won’t see as much of a peak in revenue during the five-day period over Thanksgiving weekend—even for online purchases. This has already been evident with other holidays in this pandemic-adjusted year: Labor Day purchases usually concentrated into a week or less were spread out over a three-week period, Basham said. By giving shoppers a longer period of time to snag a deal, it helps retailers manage demand around those high-excitement times.

And that excitement will still drive consumers. “They want a call to action,” Basham said. While the right price may be the thing that convinces a shopper to make the purchase at that moment, they still need cues on the calendar to know when to start looking for those discounts.