Florida dog rescued after someone poured boiling water on its back 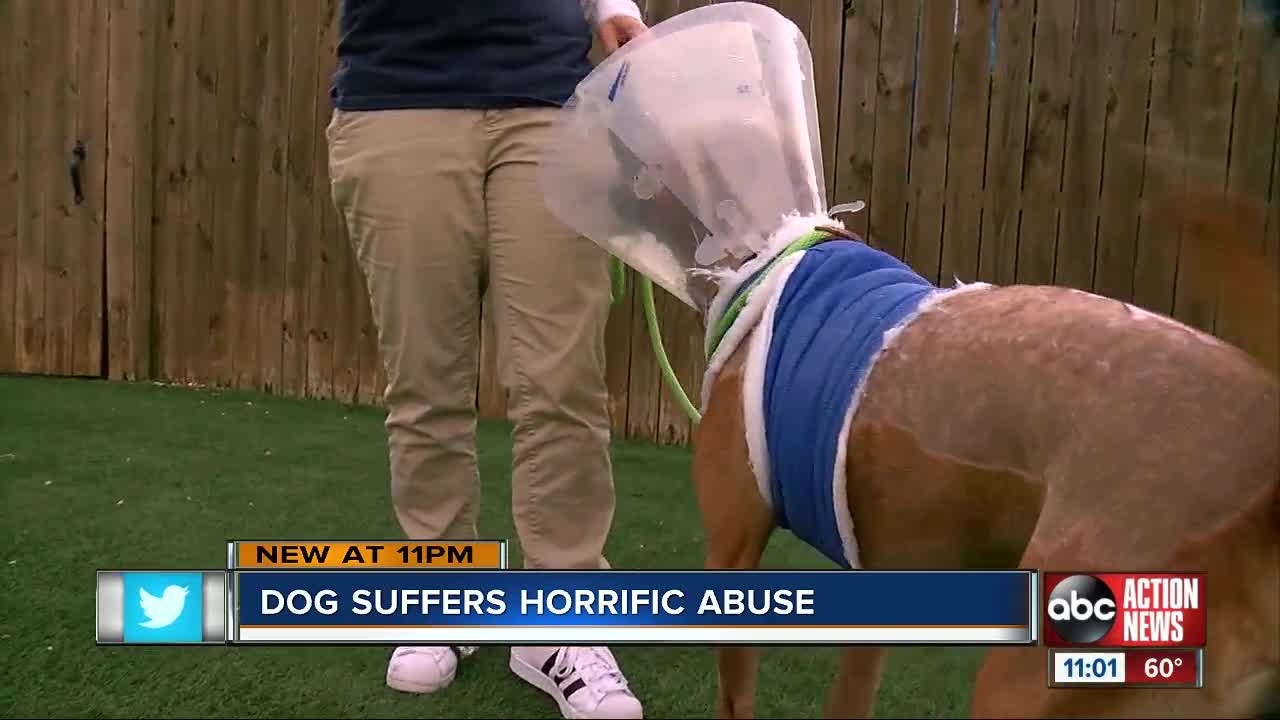 The dog was found under a tree after someone poured boiling water on him. 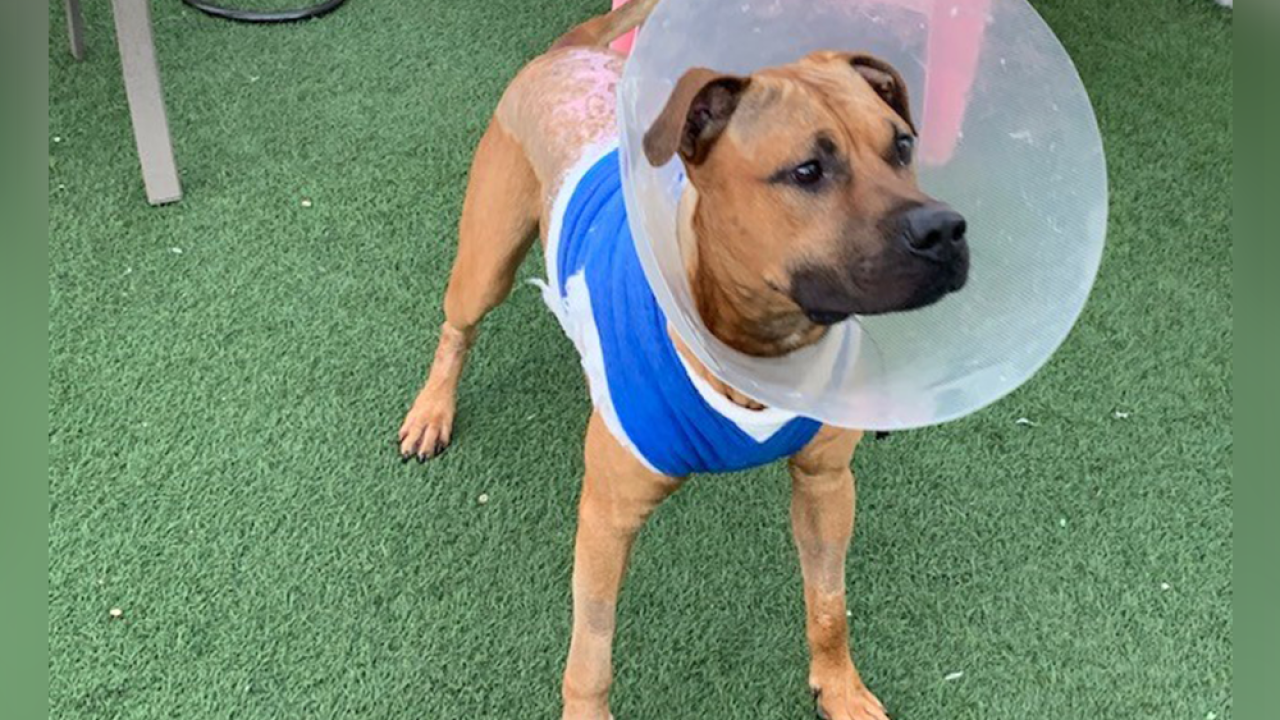 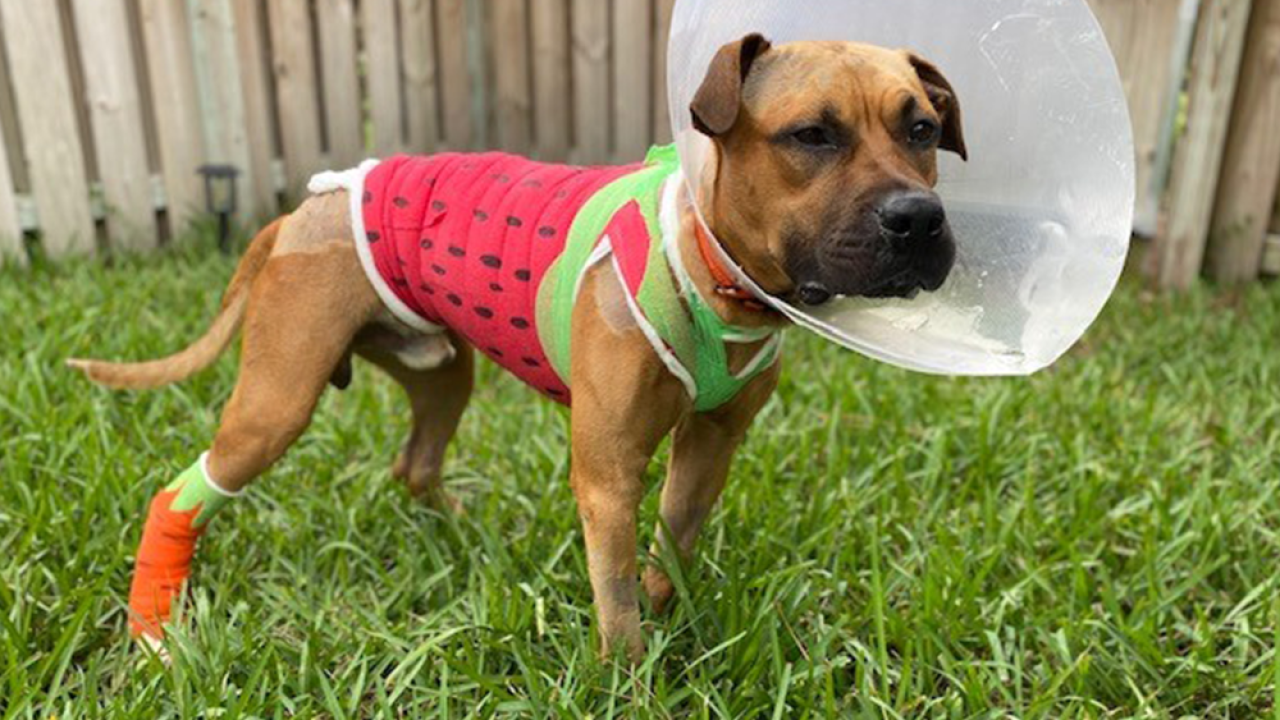 PALM HARBOR, Fla. -- Last month, the Suncoast Animal League rescued a dog after someone poured boiling water on its back.

The dog, Jeffrey, received severe burns and was treated at the Blue Pearl Pet Hospital.

"When Jeffrey was found, he was basically on the side of the road, so we really don't know that much about him," said Karey Burek, a medical foster with Suncoast Animal League.

The dog will need to wear a cone for a few more weeks. His wounds are covered with bandages.

"He had a bandage change today, and he now wears like half a shirt, but before his entire body was covered," said Rick Chaboudy, Executive Director and Cofounder of Suncoast Animal League.

"In situations like this, nobody is going to come forward. Maybe if it was an accident, somebody would have came forward," Chaboudy said.

Rick Chaboudy, Executive Director of Suncoast Animal League, said Jeffrey was found in Highlands County under a tree. Someone found him and called animal control.

"His entire body was filled with infection, and the worst of the burns were on the back of his neck and shoulder," Chaboudy said.

Burek, a medical foster, has been caring for the dog.

The dog is staying at her house. He has received $12,000 worth of medical treatment at Blue Pearl.

"The Blue Pearl staff realized he does not have any leash manners. He didn't know how to sit. He scarfed down his food, so who knows when he had his last meal. He was the wild child basically, but very sweet," Burek said.

In the past, Burek has cared for dogs with severe burns. Last year, she fostered another dog named Denali.

"When he's medically cleared, I would love for him to find the perfect forever home of his own where he knows he's safe and doesn't ever have to worry about being hurt or being on the streets again," said Burek.

You can click here to learn more about the Suncoast Animal League.

This story was originally published by Julie Salomone on WFTS in Tampa, Florida.