Google marks Day of the Dead with skull doodle 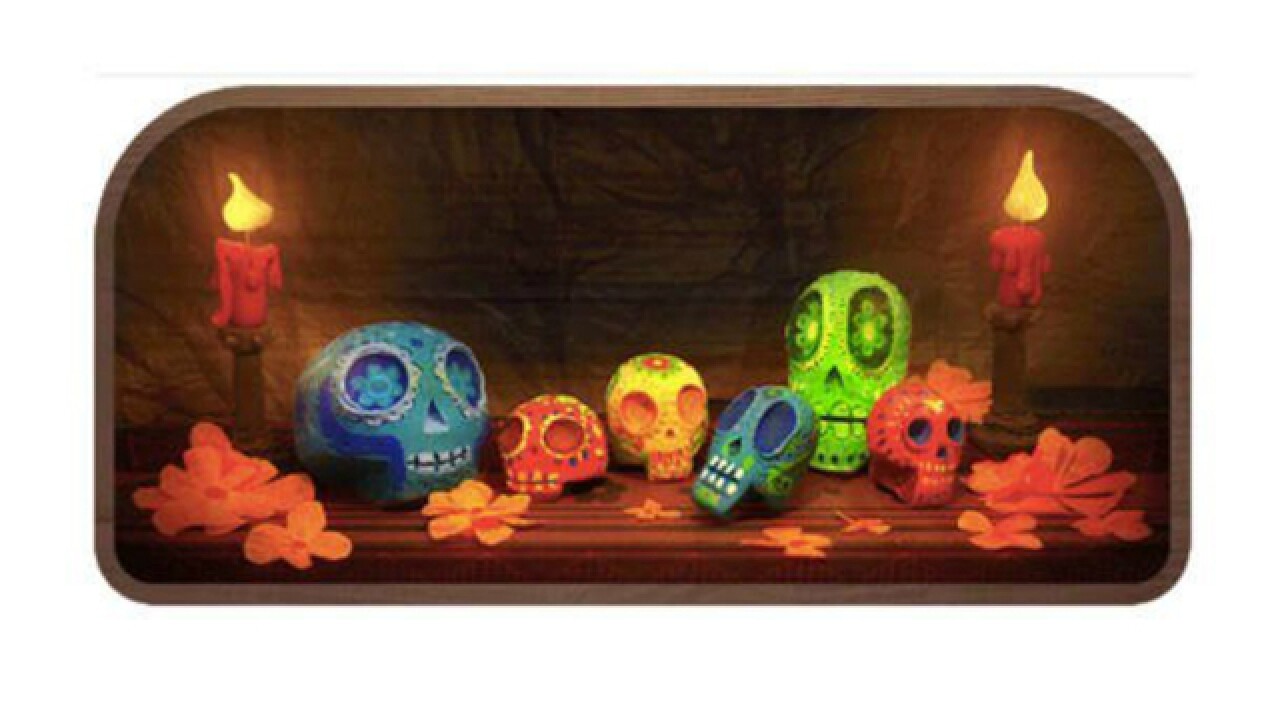 Google has marked Mexico's Day of the Dead, an ancient festival celebrating and honoring departed loved ones, with a doodle featuring brightly painted model skulls.

The skulls, hand-made from clay, appear between animated flickering candles with orange marigold petals scattered around them. The doodle represents the ofrendas, or altars, set up by families for the carnival.

The shrines typically feature photographs and treasured mementos of late relatives and friends, plus their favorite foods and drinks.

A type of sweet roll known as dead bread and sugar skulls are also often included, along with orange candles and incense. Homes are decorated with sprays of marigolds as part of the tradition.

Revelers in colorful costumes with skulls painted on their faces parade through the centers of towns, and a host of celebrations and parties take place. Offerings are placed in graveyards and at the sides of roads.

Though the festival -- Día de los Muertos in Spanish -- falls close to Halloween, the two are not directly connected.

The Mexican carnival dates back thousands of years and coincides with the annual harvest of maize, traditionally the country's main crop. It combines Aztec and Christian practices, and is seen as a vibrant expression of Mexico's indigenous identity.

The event has been honored in different ways. It was placed on UNESCO's Intangible Cultural Heritage of Humanity list in 2008, and inspired the 2017 Pixar film "Coco," a double Academy Award winner.

It is celebrated throughout Central America and, increasingly, in the US, where merchandise featuring skulls and skeletons has become widely available. Retailer Party City sells Day of the Dead costumes and decorations, and Target has a collection of Día de los Muertos merchandise.

And though the focus on skulls and the dead may appear morbid, according to Google's doodle team the festival is actually "a joyous occasion that's about dispelling fear and embracing the cycle of life."