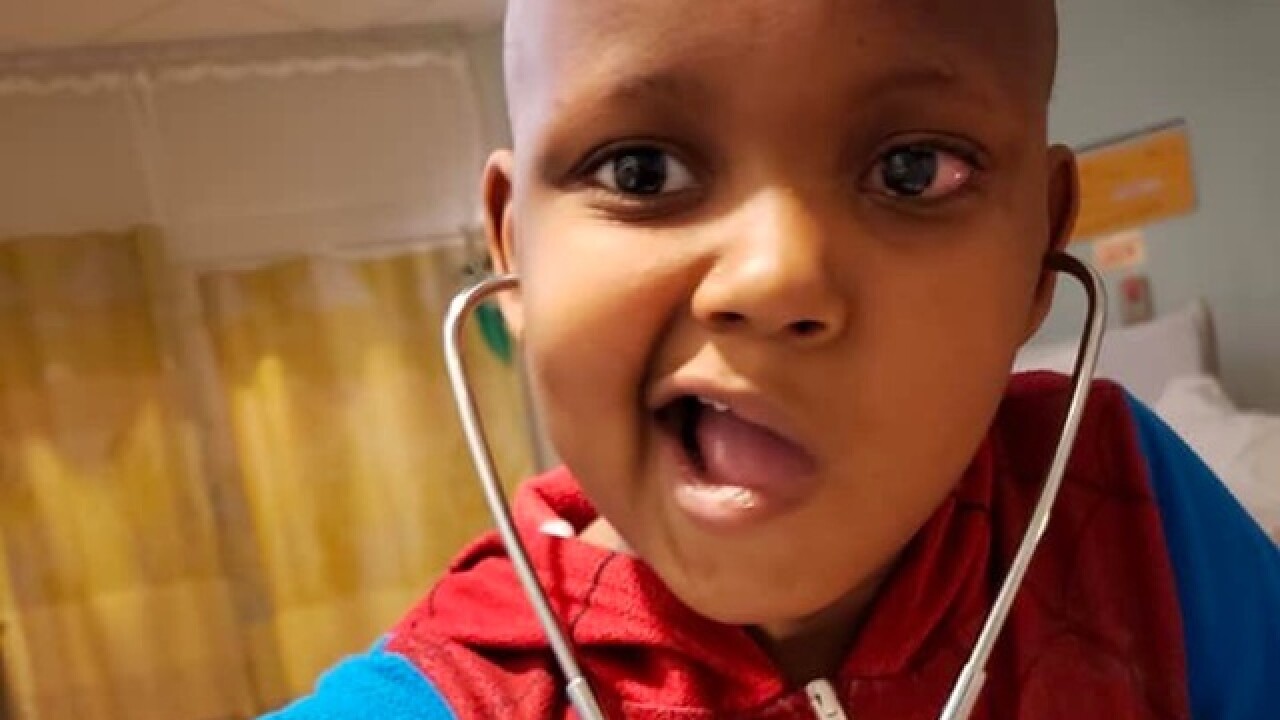 CINCINNATI — Jomari Bradley's family learned he had brain cancer shortly before what would have been the start of his first-ever school year. The rare diagnosis — anaplastic ependymoma — necessitated immediate, intense hospitalization.

Jomari would receive more than 1,200 treatments, including five surgeries and radiation therapy, over the next two months; his first day of kindergarten ended up postponed until December 2017.

This December, the now-6-year-old's illness is keeping him away from school and friends again. Despite more surgeries and chemotherapy, an MRI revealed in September his tumor was still growing.

By the end of November, according to a Twitter account run by his family, it was large enough to rob him of feeling on the left side of his face and hearing in his left ear.

As he continues his fight with cancer over the holidays, Jomari's family has a simple request: Help him have a merry Christmas by sending a card his way.

Dozens of people have already done so. Prayers for Jomari, a Facebook page created to update supporters on his journey, posted a picture of more than 40 festive envelopes spread across a couch late Thursday night.

"Mari's Trip to the mail boxs," the caption reads. "He can't wait to see what will be there tomorrow."

Anyone wishing to contribute toward the family's medical bills and other expenses can donate directly via GoFundMe.