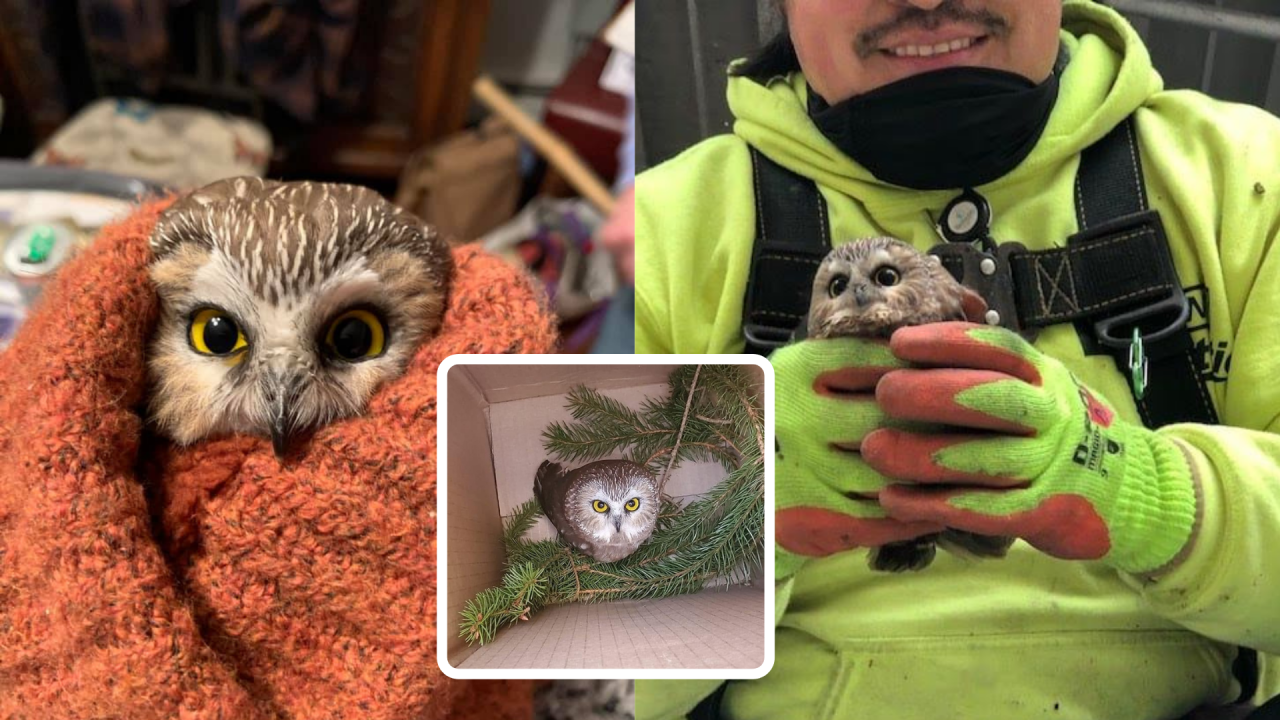 NEW YORK CITY — A worker that helped put up this year's iconic Rockefeller Center Christmas tree found a special gift inside its branches.

Wildlife rehabilitation experts said they received a call Monday about an owl that the employee rescued from the branches of the tree.

The worker tucked the saw-whet owl away in a box, and it was transported safely to the Ravensbeard Wildlife Center, where he's being tended to and is said to be in good condition.

Once he gets a clean bill of health, he'll be released back into the wild.

In the meantime, he's getting plenty of fluids and mice and even has a new name that fits just right — Rockefeller.

This story was originally published by Corey Crockett on WPIX in New York City.