How climate change will affect your health 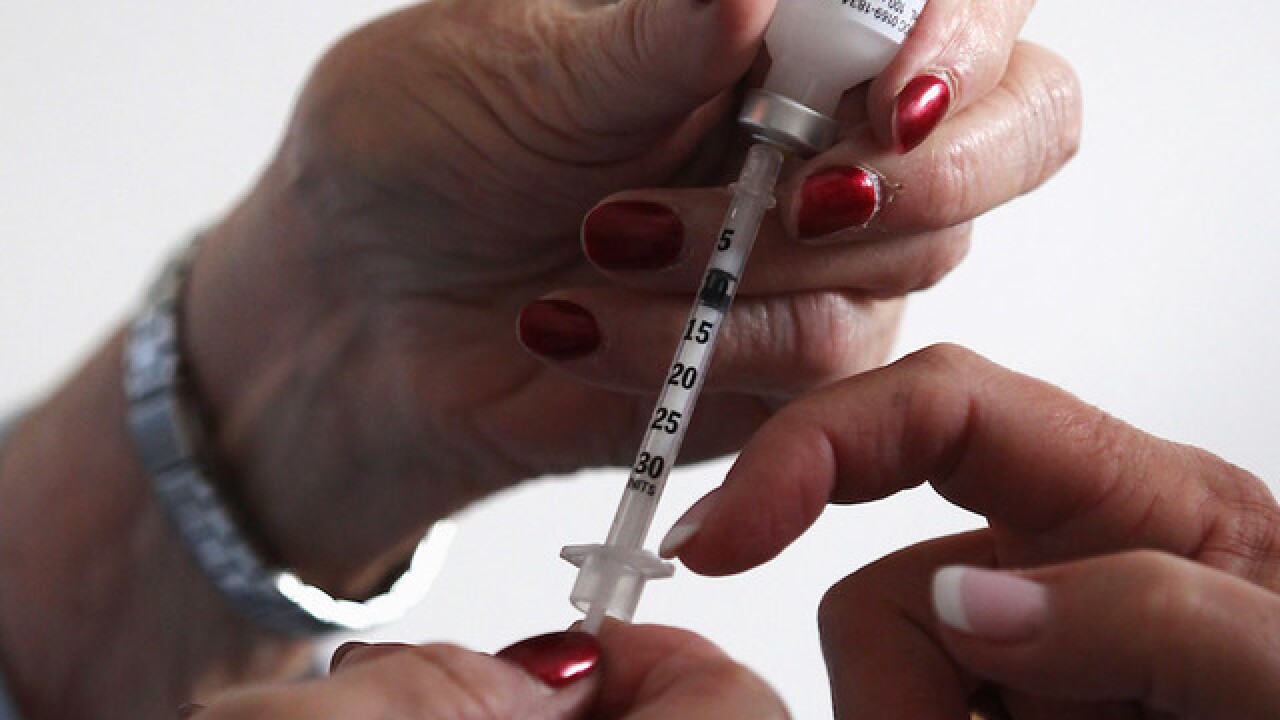 Image copyright 2012 Getty Images. All rights reserved. This material may not be published, broadcast, rewritten, or redistributed.
John Moore
<p>Registered nurse Susan Eager (R), teaches a diabetic patient how to draw her own insulin injections during a house call on March 26, 2012 in Denver, Colorado. </p>

A new report from the U.N. Intergovernmental Panel on Climate Change warns of dire consequences if governments don't make "rapid, far-reaching, and unprecedented changes in all aspects of society" to stem global warming. But the planet isn't the only thing at risk as temperatures rise; your health might be in danger, too.

Here are six ways that climate change might affect you, whether it's insect-borne disease or Type 2 diabetes.

An increase in disease-carrying mosquitoes and ticks

Hot and humid climates provide a perfect breeding ground for critters, and experts say that a warming world might put us at greater risk for vector-borne diseases, which are those transmitted by ticks, mosquitoes or other organisms.

In a 2017 report, the Medical Society Consortium on Climate and Health warned that "mosquitoes that carry diseases like West Nile virus and dengue fever thrive in conditions that are becoming more common, and there is concern that malaria could reemerge in the United States."

Environmental changes affect not just the distribution of insects like mosquitoes but also how quickly viruses replicate within them and how long the bugs live. All of that might have contributed to recent Zika virus outbreaks, according to the CDC.

More than 2,400 pregnant women in the United States have tested positive for Zika since 2015, and the United States has seen a rise in Lyme disease, Rocky Mountain spotted fever and other vector-borne diseases. Only 27,388 such cases were reported in 2004, but that number jumped to 96,075 in 2016, according to a CDC report.

Extreme weather and rainfall have contributed to the spread of bacterial infections through contaminated water, especially in summer. Warmer temperatures will only make those storms worse.

Dr. Mona Sarfaty, director of the program on climate and health at George Mason University's Center for Climate Change Communication, said that "when increased rainfall leads to flooding, there can be a mixing of stormwater and sewage that leads to bacterial contamination in the water."

That contamination can affect crops too, contributing to foodborne diseases. "Heavy downpours and flooding can spread fecal bacteria and viruses into fields where food is growing," said a report from the Medical Society Consortium on Climate and Health.

"Warmer ocean water also makes a difference," Sarfaty said. "Along the coast, there are cases of bacterial contamination in shellfish in the warmer months that make those waters more likely to cause infection when people swim there, especially if they have open cuts in their skin."

An increase in mental health issues

Even a modest rise in temperatures is associated with an increase in mental health issues, according to a study published this year that surveyed nearly 2 million US residents. The research, in the journal PNAS, looked at individual cities and found that warming of just 1 degree over five years was linked to a 2 percent increase in mental health issues.

Using a different approach, the study also found that an increase in average monthly temperatures to over 30 degrees Celsius (86 Fahrenheit), up from an average of 25 to 30, was correlated with a 0.5 percent increase in mental health issues.

That might seem like a small change, but Nick Obradovich, the study's lead author and a scientist at MIT's Media Lab, noted that those results, if consistent across the country, "would produce approximately 2 million additional individuals reporting mental health difficulties."

Those challenges can turn deadly. A study published this year in the journal Nature Climate Change found that a rise of 1 degree Celsius in monthly temperatures correlated with a 0.68% increase in the United States suicide rate. Using that data, researchers estimate that climate change could be linked to over 14,000 suicides by 2050.

Though more research is needed to determine what exactly causes that increase in suicide, the study's lead author said economic factors or biological changes might be to blame.

"As economic conditions worsen, that might also worsen mental health," said Marshall Burke, an assistant professor in the Department of Earth System Science at Stanford University. There also might be "a plausible biological linkage between temperature, thermal regulation and how the brain regulates its own emotion."

An increase in Type 2 diabetes

Rising temperatures are associated with an increase in Type 2 diabetes, according to a 2017 study published in the journal BMJ Open Diabetes Research & Care. However, researchers looked only at the correlation between temperatures and diabetes, so the study didn't establish that temperatures necessarily caused the disease.

Lead study author Lisanne Blauw, a researcher at Leiden University Medical Center in the Netherlands, said that "a 1-degree Celsius rise in environmental temperature could account for more than 100,000 new diabetes cases per year in the USA alone."

Although calorie consumption and obesity are likely to be the biggest risk factors for diabetes, the study hypothesizes that warmer temperatures might decrease the activity of brown fat tissue, which burns fat and generates heat in colder weather.

"In warmer climates, brown fat may be less activated," Blauw said, "which may causally lead to insulin resistance and diabetes."

Most scientists agree that greenhouse gases like carbon dioxide are contributing to global warming, but those emissions aren't just hurting the planet. Fossil fuel pollutants can also generate a mixture of solid particles and liquid droplets in the atmosphere that can enter your lungs and even your bloodstream.

That mixture, called particulate matter, can aggravate asthma, decrease lung function and increase your risk of cardiovascular events such as strokes, according to a study published last year in The Lancet. That same study estimated that over 8 million people die early due to air pollution every year.

A warming planet also means more wildfires, which routinely release smoke that further worsens air quality. A 2011 report from the National Research Council found that a warming of just 1 degree Celsius could lead to a 400 percent increase in the area of land burned by wildfires.

But it's not just smoke and pollutants you're inhaling; it's pollen, too. Increases in carbon dioxide can trigger plants to produce more pollen, which might explain why the pollen season seems to get worse each year.

A 2012 study presented at the American College of Allergy, Asthma and Immunology conference estimated that pollen counts were expected to reach 21,735 grains per cubic meter in 2040. In 2000, that number was just 8,455.

Even small changes in climate can impact human behavior, leading to an increase in fatal car accidents and a decrease in food safety inspections, according to a study published this year in PNAS.

They found that above 29 degrees Celsius (84 Fahrenheit), police conduct fewer traffic stops, which can contribute to unsafe driving conditions. A 10-degree Celsius increase in maximum temperatures decreased traffic stops by 1.5 percent, according to the study, and that same temperature change amplified the risk of a fatal car crash by half a percentage point.

The researchers also found that health officials were less likely to conduct food safety inspections when temperatures exceeded 26 Celsius (79 Fahrenheit). Across the 750,000 restaurants and food production facilities they studied, they found that a 10-degree increase in temperatures translated to 8,000 fewer inspections per day.

When those facilities were inspected, though, hotter temperatures led to more violations, probably because pathogens like E. coli and salmonella grow faster in warmer weather.

Obradovich, the MIT Media Lab research scientist who co-authored the study, noted that "hot temperatures are basically bad for human functioning." The crux of the idea, he said, was that "weather affects how we perform our duties and how we go about our daily lives and the risks that we experience."