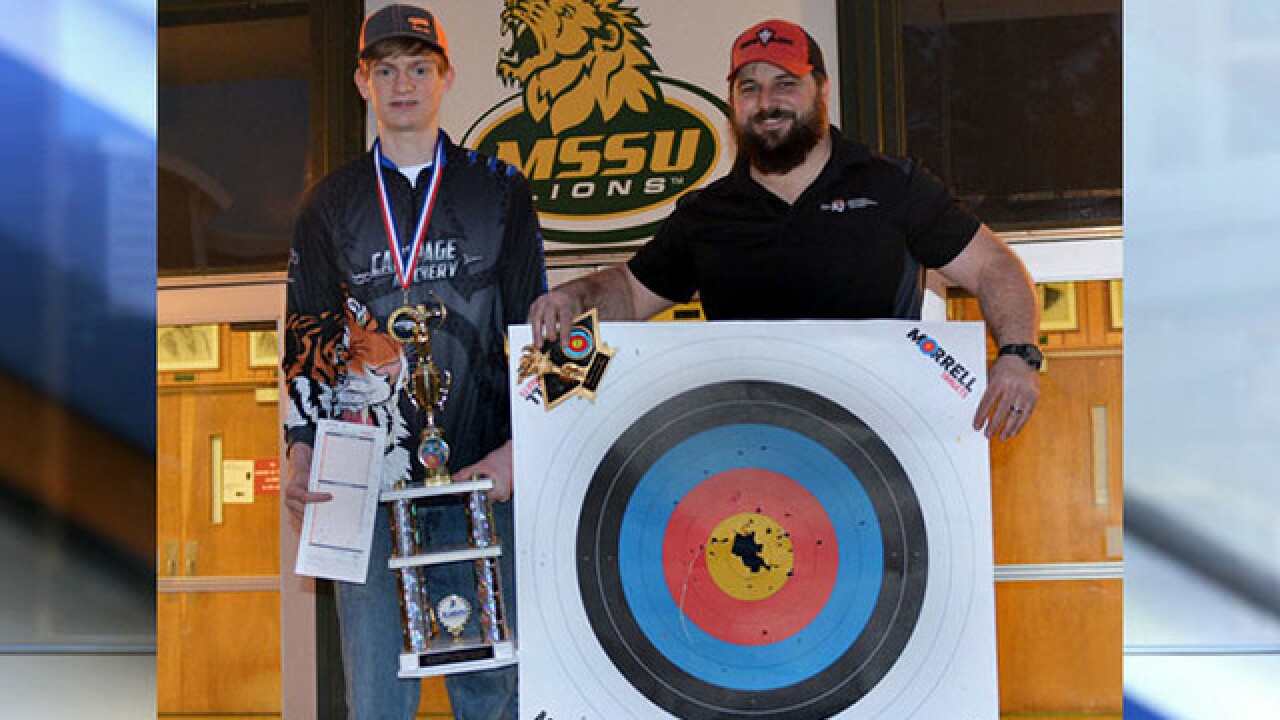 Courtesy Kaycia Woolsey via MDC
<p><i>MDC congratulates Carthage High School sophomore Trenton Meyer on becoming the first student archer ever to shoot a perfect score in an archery competition under the Missouri National Archery in the Schools Program. (MoNASP). He is pictured with Carthage Archery Coach Caleb Patrick holding the winning target. (Photo courtesy of Kaycia Woolsey through the MDC) </i></p>

KANSAS CITY, Mo. — Carthage High School sophomore Trenton Meyer thought he was hallucinating after he set down his bow and arrow on Saturday.

Meyer made history by becoming the first student archer to shoot a perfect score in an archery competition under the Missouri National Archery in the Schools Program (MoNASP).

Meyer had a perfect 300/300 score at the Academy Outdoors bullseye shoot in Joplin, the Missouri Department of Conservation (MDC) said.

“There’s not very many people in the whole world that’s ever done it,” Meyers said in an MDC news release. “It’s the first in the state of Missouri. Everybody was yelling. Everybody was super, super happy. I didn’t believe it.”

According to the National Archery in the Schools Program, Meyer joins a handful of students who have ever shot a perfect score in such a tournament. Meyers has been participating in archery for the past three years.

To find out more about MoNASP, including participating schools and communities, visit https://nature.mdc.mo.gov/discover-nature/teacher-portal/monasp