Barbershop talk: A conversation at a community cornerstone 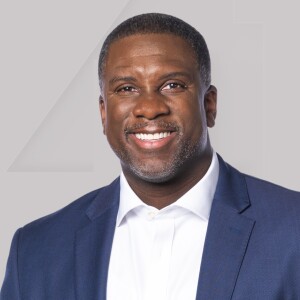 It’s served as a second home, a place of refuge, healing, even a Town Hall setting, as 41 Action News discovered.

The barbershop has been a cornerstone in the African-American community for decades.

It became a place of necessity for conversation and mobilization during Jim Crow, and it’s typically the one place where no conversation is off limits.

41 Action News gathered more than a dozen men who are active in the community for a deep, thought-provoking discussion. They talked about several issues in Kansas City: race, education, economic mobility, crime and how they’re all tied together.

180V Salon -- where men’s haircuts start at $20, a haircut and beard trim start at $30, but the conversation is priceless.

Crime victims and suspects getting younger

Kevin Holmes, 41 Action News Anchor: Why are we seeing our young men, getting younger and younger…either being crime victims or crime suspects and how can we stop it?

Brian B. Shynin’, Hot 103 Jamz Morning Radio Co-Host: A lot of our young people only see one way out, and that’s the streets.

Milton Thomas, Father and KC Resident: So, that kind of goes with them not having proper support at home? Because people looking at street guys; that’s been forever.

B. Shynin’: I think they might see other ways. They might think of college, see it on TV, but I think some guys see it as unrealistic.

Holmes: Do we live in an area that perpetuates the stereotype that there are only two options: college or the streets?

Erik Dickinson, Urban Rangers Corp. President: Don’t forget entertainment and sports. You’ve got the 5-foot kid that’s going to the league and says he’s going to be the next LeBron James. I think there are some unrealistic goals and ideology that people have from watching TV. And it goes back into hustling, also on that list of things. I think the things we need to look at is how do we put more successful men in front of our young men?

Damon Daniel, AdHoc Group Against Crime President: We wanna say everybody has a choice, which you do. But if you are exposed to individuals or a mother who is addicted to drugs, your choices are limited.

The men in this group say the best ways to evoke change are through mentorship, providing economic opportunities for all of Kansas City, and getting everyone to buy into it.

Darran Washington, KCPS Student Discipline Officer:
If you’re gonna be involved, be truly involved. Get in the trenches. You could sit behind a desk, you can email, do all that. But when that kid is standing next to you and says, ‘Hey, I need some help,’ step your game up and help.

Jermaine Reed, Kansas City Councilman: We’ve got to make sure everybody’s prepared. You shouldn’t have to change your zip code to be successful in the city, and I think that’s one of the things we continue to see. And if you look at the statistics, it continues to show you there is a repeat of crime, the violence, all of that just based on your zip code alone. We’ve got to figure out how to address it.

Holmes: By show of hands, how many people in this room have either been profiled or a victim of crime?

Dickinson: We’re still getting pulled over at an alarming rate. Black men are thought to be dangerous.

B. Shynin’: I was riding down by East High School on Van Brunt. He thought I was selling crack. He straight up said where’s the crack at?

Cordoba: When you look at Ferguson, when you look at the travel advisory, I’m saying to myself, man they only do it in Mexico and Colombia with drug cartels…I never knew Missouri put one out. (Group responds: “The NAACP.”)

In 2017, the Urban Institute released its list of most economically segregated cities in the U.S. Kansas City was 5th. According to the report, people considered poor have less access to good jobs, housing, and basic services than those with larger incomes.

Reed: You put that on top of a mother trying to make sure the lights are on, the gas is on. It’s a challenge.

Leatherwood: We have a problem looking beyond our own neighborhood. Our school district is a prime example of that.

Holmes: How do we change the narrative so that the next generation, folks Trent’s age (15), don’t have the same hands raised (when asked if they’ve fallen victim to discrimination or profiling)?

B. Shynin’: You’ve got the wrong people in the room. We’ve gotta include other people in this room right now.

The men in this group agree solutions are going to have to come from community and civic leaders alike. They’ve pledged themselves to invest in their communities and in their youth. They say if everyone buys into giving back and building the community from the ground up, it’ll pay dividends in the future.

Cannen Hill, Raytown South High School Student: If you build up a strong child, it’s easier than trying to repair a broken man.

Cordoba: To me, involvement is the key. Instead of pointing the finger, we need to point it at ourselves and say what are we doing to make it a safer community to live in.

Watch the entire conversation in the video below.