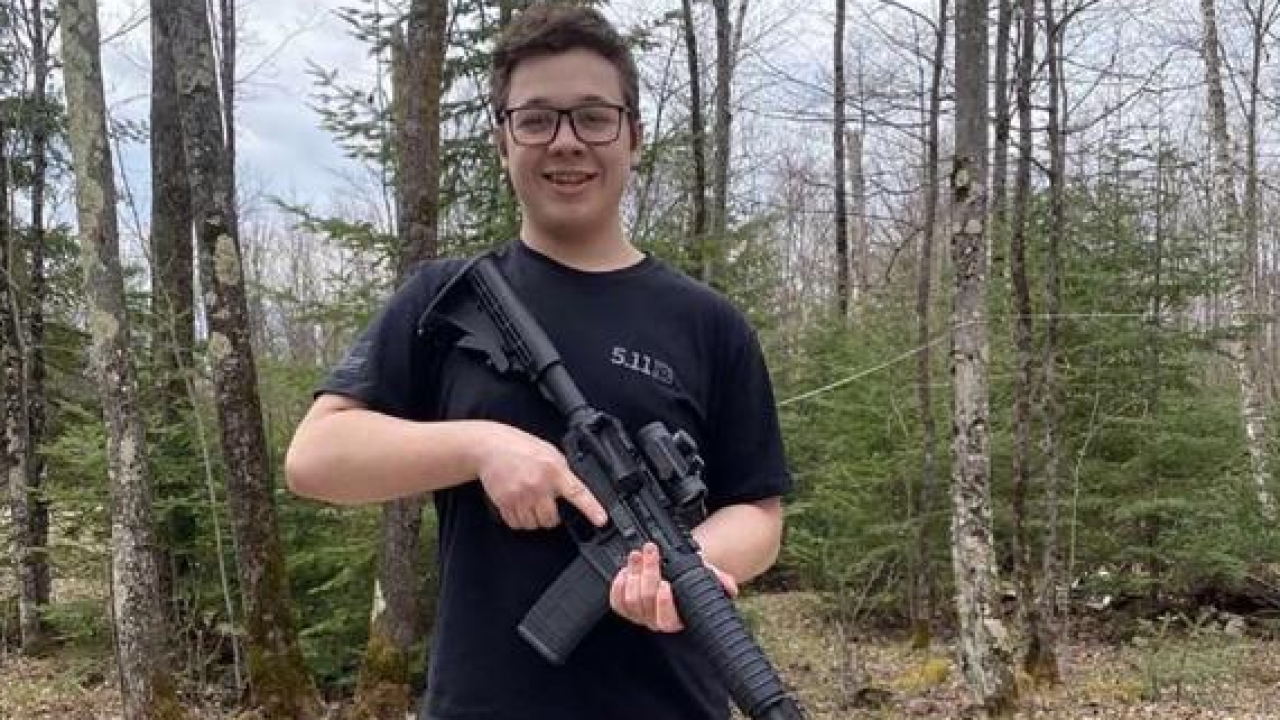 Documents show some of the moments leading up to Kyle Rittenhouse's arrest in the early morning hours after he allegedly shot and killed two protesters in Kenosha. The documents also conclude Rittenhouse did not transport a rifle across state lines.

The 17-page incident report describes the three hours Rittenhouse and his mother spent at Antioch's police headquarters, located in Rittenhouse's hometown, as well as the police department's investigation into the history of two rifles, one of which was allegedly handled by Rittenhouse in Kenosha.

Rittenhouse was charged with first-degree intentional homicide and first-degree reckless homicide for the shooting deaths of Anthony Huber and Joseph Rosenbaum during unrest in Kenosha on Aug. 25. On Friday, an Illinois judge granted permission for Rittenhouse to be extradited to Wisconsin to face those charges. The Kenosha County Sheriff confirms Rittenhouse has been brought back to Wisconsin.

According to the incident report, Rittenhouse and his mother arrived at the Antioch police station just after 1 a.m. on Aug. 26 after the Kenosha shooting. Responding officers recounted that the 17-year-old "immediately became emotional" and began crying, saying that he had "ended a man's life," the report states. An officer there noted that Rittenhouse appeared to be wearing the same clothes the officer saw worn by a man involved in the Kenosha shooting via Facebook Live.

Rittenhouse told the officers that he was "hired" to protect businesses in Kenosha during the unrest. Rittenhouse's mother made a comment that Rittenhouse may have hurt a man, and Rittenhouse interrupted her, exclaiming "he's dead," according to the report.

Still in the lobby of the police station, Rittenhouse inquired about one of his friends, and his sisters, who were at the family's apartment in Antioch. Antioch police identified the friend, but we have chosen not to identify a person who has not been charged for breaking the law.

Rittenhouse continued that the friend was with him in Kenosha, but at some point that night they had split up. Rittenhouse said his friend "currently had his rifle," the report states.

Rittenhouse and his mother were escorted into an interview room a little over an hour later.

The criminal complaint filed against Rittenhouse reported that the friend in question was the person whom Rittenhouse had called on the night of the shooting.

Later that morning, around 7:45 a.m., Rittenhouse apparently began having trouble breathing, the report states. The Antioch fire department arrived to give aid.

A valid temporary felony warrant for first-degree intention homicide - body only was then filed, and Rittenhouse was booked. A judge then denied Rittenhouse bond.

The stepfather said that when he learned his stepson had purchased the gun for Rittenhouse, he refused to have the weapon stored anywhere other than his locked safe at his home in Kenosha. Following a trip to northern Wisconsin with Rittenhouse and his friend, the stepfather told officers he then locked Rittenhouse's rifle in his gun safe because he was underage.

The stepfather continued that on Aug. 24, following the police shooting of Jacob Blake, he decided to transport the rifle from his gun safe into the basement of his residence, to be used for protection. The stepfather later had a phone call with Rittenhouse's friend, who said he and Rittenhouse had been hired as security for businesses in Kenosha, police explain in the incident report.

Two days later, on Aug. 26, when the stepfather said he was preparing to leave Kenosha due to the unrest and the Kenosha shooting, he discovered that Rittenhouse's rifle was no longer in the basement, where the stepfather had left it. The stepfather told Antioch police he believes Rittenhouse and his stepson took the rifle, the report states.

Rittenhouse's friend also told the officers that he and Rittenhouse both had rifles that night. The friend said he had dissembled his rifle, while Rittenhouse left his assembled, both left in the trunk of his friend's car.

As described earlier, Antioch police officers searched Rittenhouse's friend's car. They found both the assembled and disassembled rifles in the truck.

In a third interview described in the incident report, Rittenhouse's friend told Kenosha police detectives that Rittenhouse had obtained his rifle from his stepfather's house before they left for downtown Kenosha. The friend added that he had told Rittenhouse earlier, "in all reality, you are not supposed to have that gun. That gun was in my name."

This article was written by Jackson Danbeck for WTMJ.