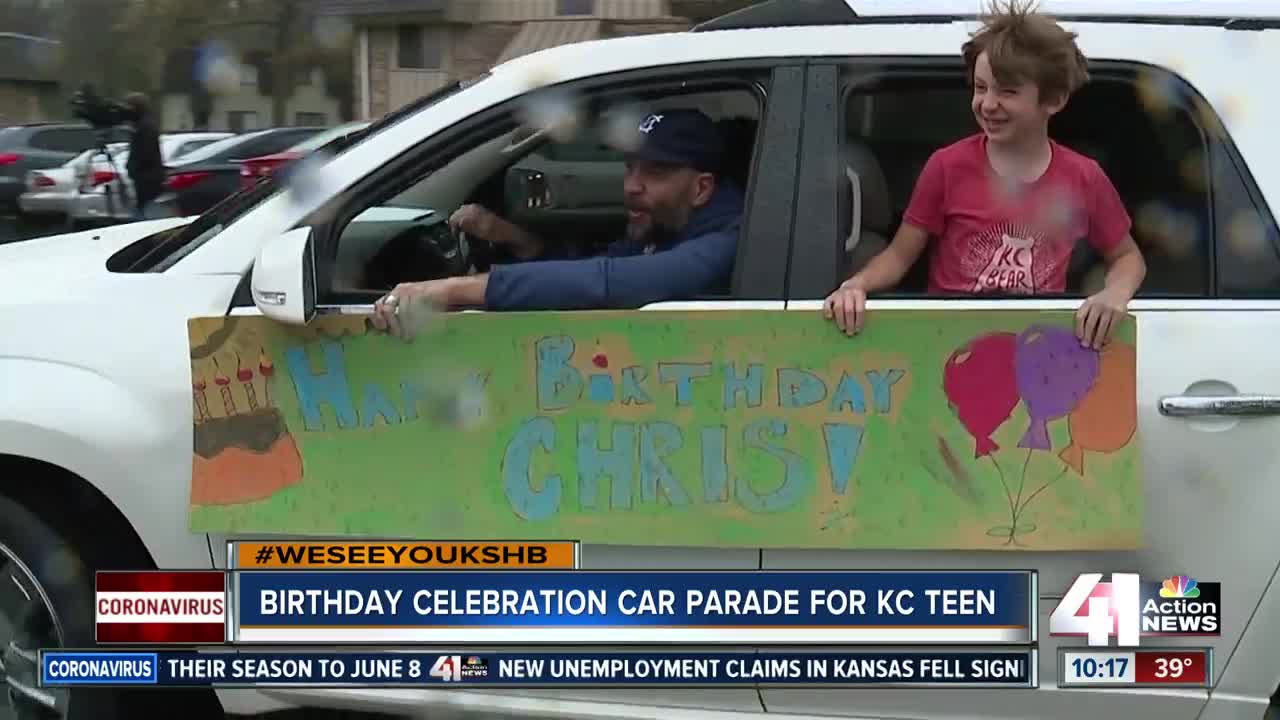 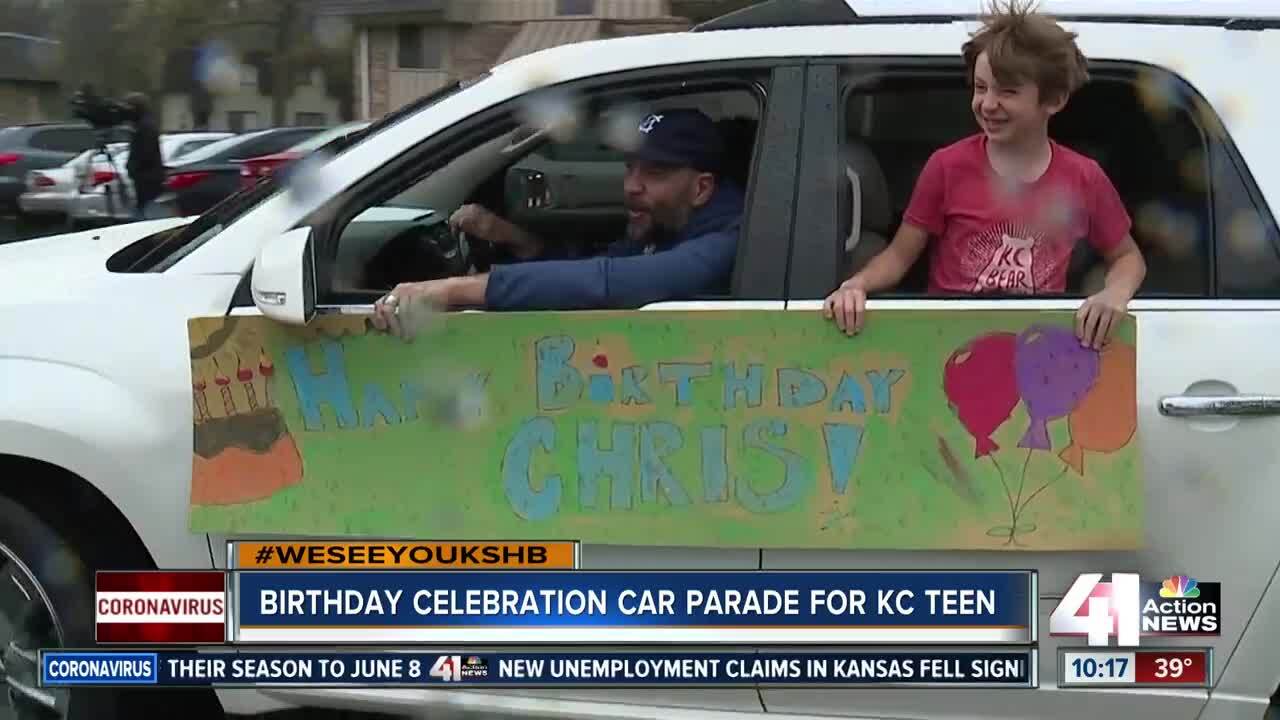 KANSAS CITY, Mo. — A Kansas City, Missouri, teenager was greeted with a special surprise for his 18th birthday.

Friends and family members wanted to give Chris Saunders a birthday celebration he won't forget.

Saunders is battling cancer and hasn't been able to go to school in more than a year.

To help him celebrate turning 18, a surprise birthday parade, which included his teachers, was arranged.

"It felt amazing, " Saunders said. "I saw a bunch of my teachers that I haven't seen in a while, just a line of them, and it was great."

The parade featured a variety of vehicles, including police cars and some "cool cars" as Saunders put it. One of his favorites was seeing a McLaren.

Saunders said the parade meant the world to him.

"They came out and showed support for me," he said. "Just the love and everything is amazing".