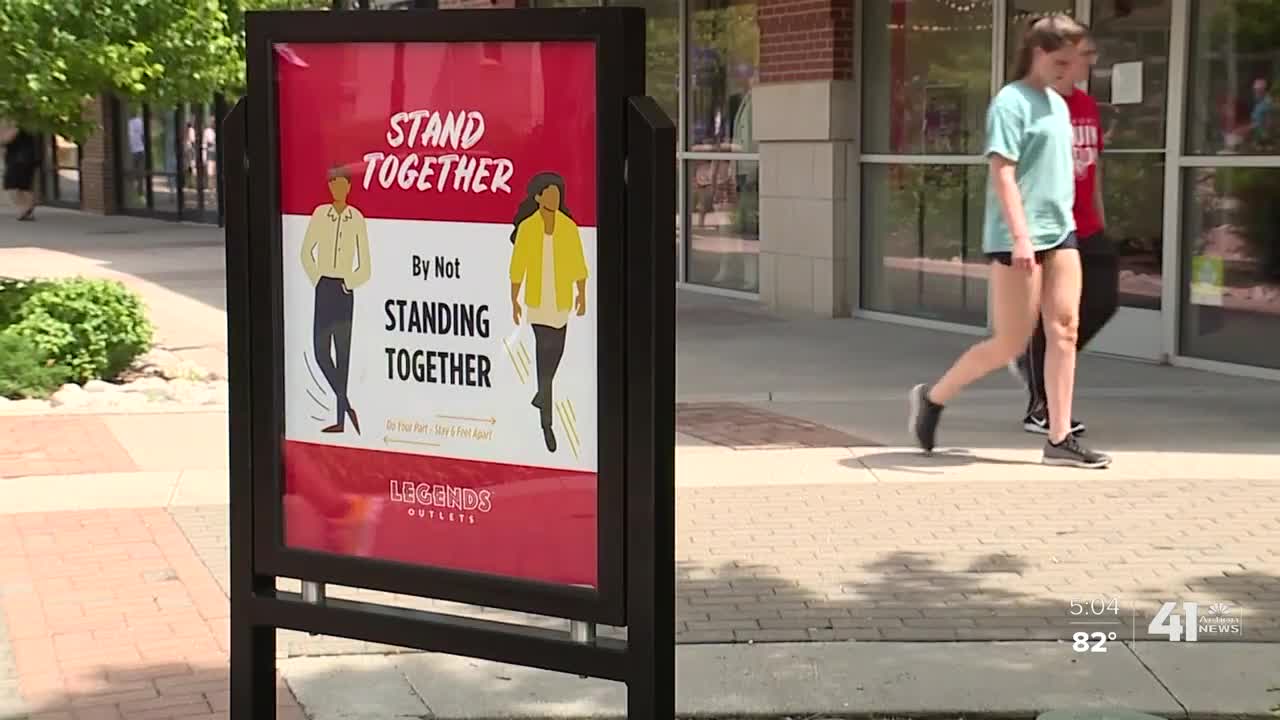 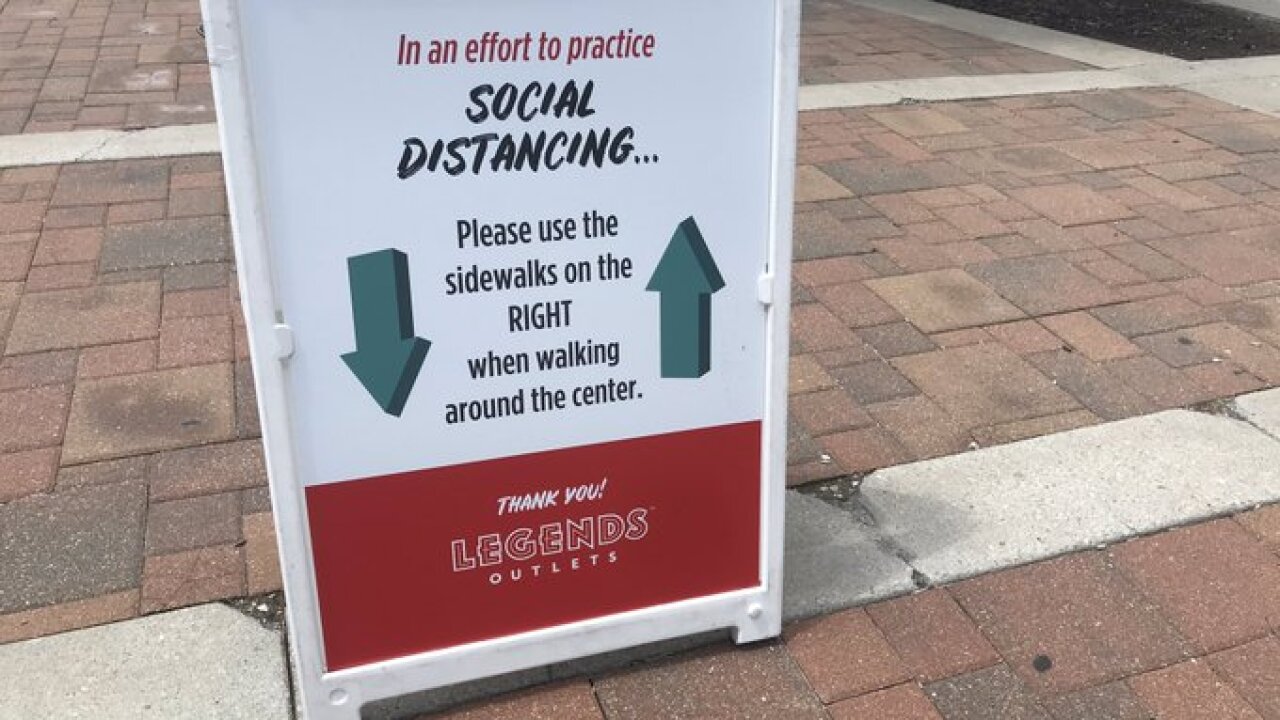 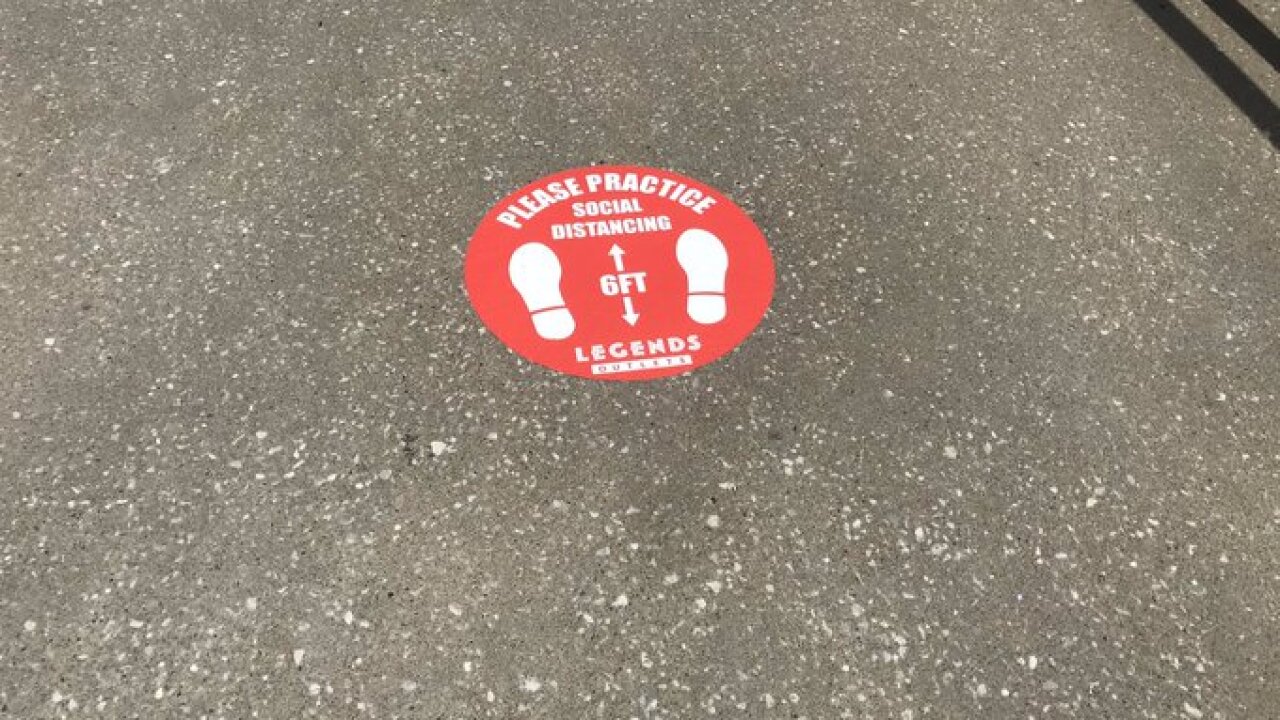 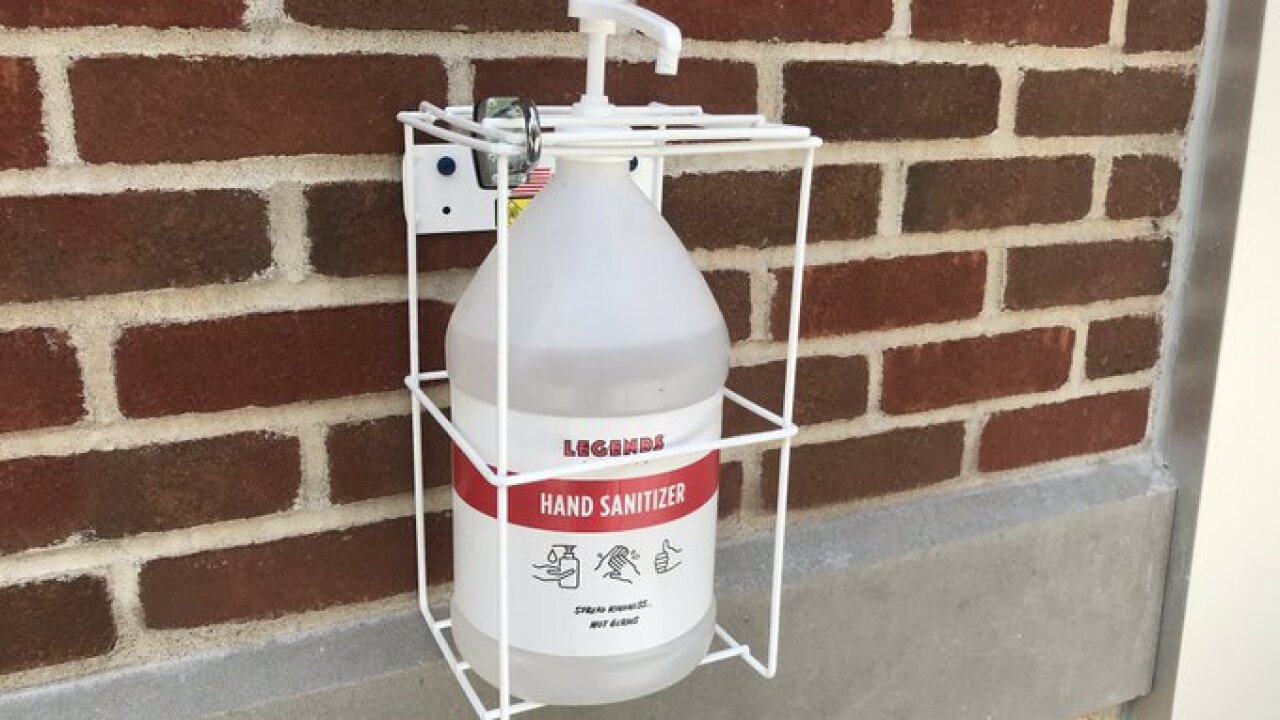 The shopping center was not packed, but several people flocked to the stores.

“It feels normal, you know, like it should be,” shopper Dairus Thomas said.

While some grabbed onto handfuls of bags, others like Jennifer Pemperton just wanted to be outside and do something different.

“It’s super nice to finally kind of be out of the house and just kind of get out and see people out and about and enjoying the nice weather,” Pemperton said.

“We’re just trying to get out of the house and enjoy the weather really because it’s been kind of cruddy lately,” Walters said.

The outlets require all retailers and restaurants to reconfigure their spaces to accommodate six-feet social distancing. They’ve also turned off the drinking fountains and installed no-touch steps and pulls on all restroom doors.

“I think that’s great,” shopper Matt Croissant said. “I mean, that’s definitely a, this circumstance is definitely a good opportunity to, I guess, increase our level of standards on, I guess, public health,” said.

The shopping center also installed hand sanitizer on the walls and placed social distancing reminders on the ground.

“It is a nice precaution with the sanitizer,” Thomas said. “I like that, but like the gloves and the six feet, that is a little excessive, in my opinion.”

Shoppers had to wait outside some stores in small lines to limit the number of people inside.

“There’s some lines to get into the stores because they’re smaller,” Pemperton said, “but we were just in Nebraska Furniture Mart and it’s just like wall to wall people so it’s a little crazy.”

41 Action News observed the parking lot about half full on Sunday.

“I say it’s good to just see everybody trying to get back to living their normal lifestyle, you know,” Croissant said. “It’s been kind of crazy the past couple months.”

During this time, the outlets and other shopping centers are holding reduced hours.

For more information about changes that have been instituted at Legends, visit its website.