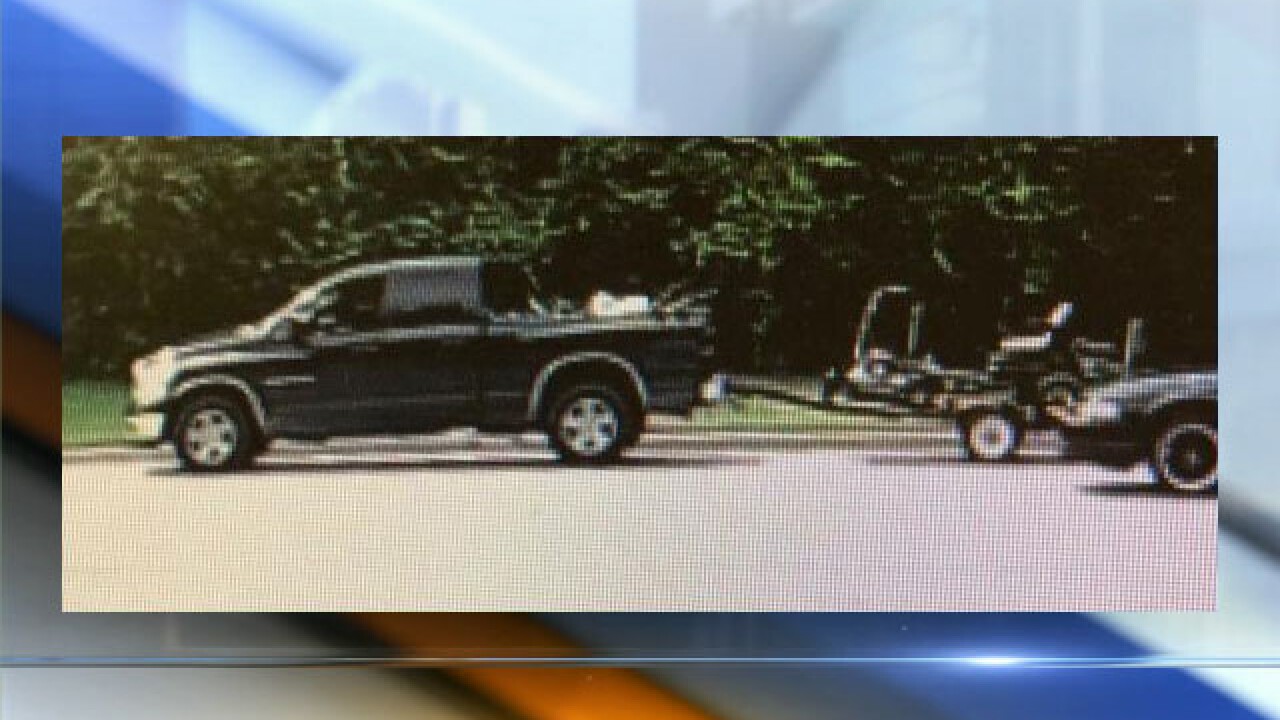 KANSAS CITY, Mo. — One person died and another was injured in a shooting Tuesday afternoon in Kansas City, Missouri, police said.

The shooting occurred around 3:30 p.m. at East 80th Street and Blue Ridge Boulevard.

KCPD Capt. Tim Hernandez said that the shooting started at 77th Street and Blue Ridge Boulevard and continued for the three blocks.

Two people in a black Ford Mustang were shot, and the car went off of the road and into a driveway where it struck a parked car.

The passenger shot in the Mustang was killed and the driver was critically injured.

The passenger was identified as 21-year-old Jalen Stevens.

The driver, 20-year-old Makih Briggs, passed away from his injuries later at the hospital.

There is no suspect information at the time.

Police are looking for a vehicle of interest in regard to the homicide. It's described as a black 2002-2008 Dodge Ram 1500 four door pickup that is pulling a trailer with landscaping equipment.