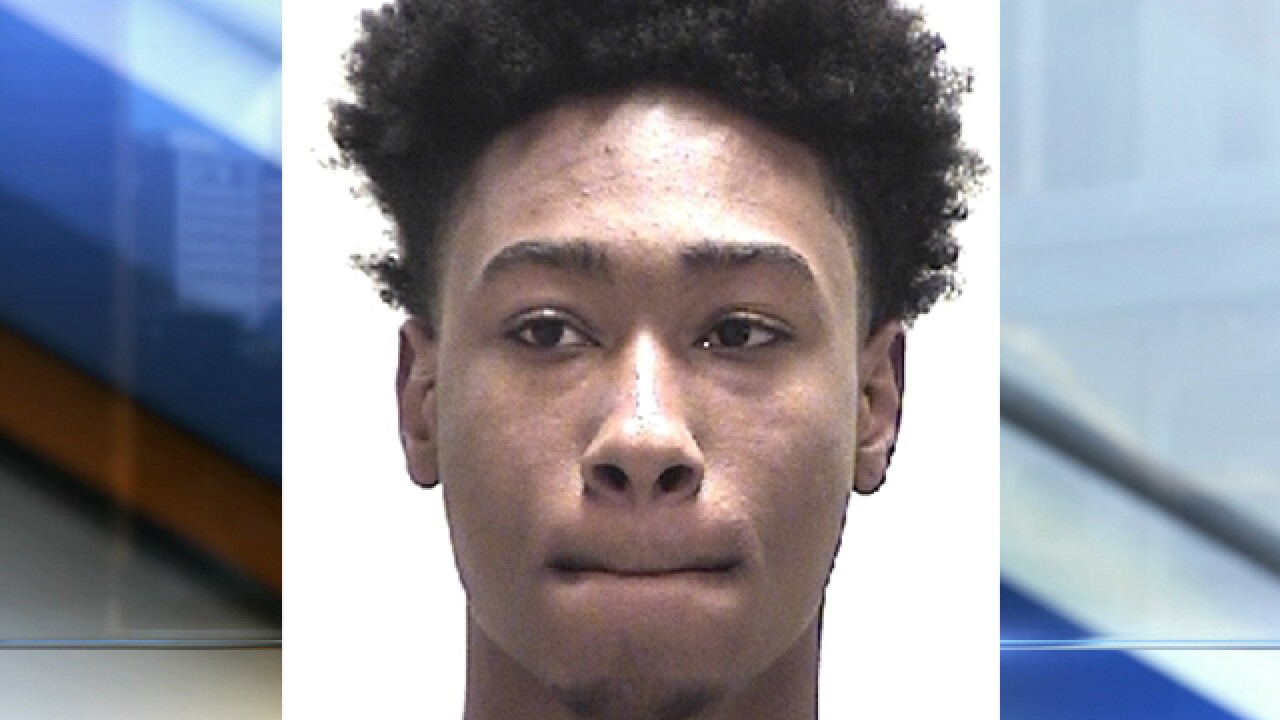 KANSAS CITY, Mo. — A third person is facing charges after an alleged plot to steal drugs from a man in the Northland turned into a homicide.

Charles Cummings, 16, of Kansas City, Kansas, will stand trial as an adult in the case. He was charged with second-degree murder, two counts of armed criminal action and robbery.

Marcus Maddox, 26, and Frederick Harrold, 17, face the same charges as Cummings in the case.

The trio are accused of fatally shooting My'Keon Sanders on May 24.

According to court documents, witnesses told police that Maddox, Harold and Cummings plotted to steal marijuana and money from a person who lived in an apartment in the 8000 block of North Thomas Meyers Drive.

A witness told police that Sanders was shot after being beaten with a handgun. The intended robbery victim escaped from a balcony during the struggle.

Cummings is being held on a $1 million bond.