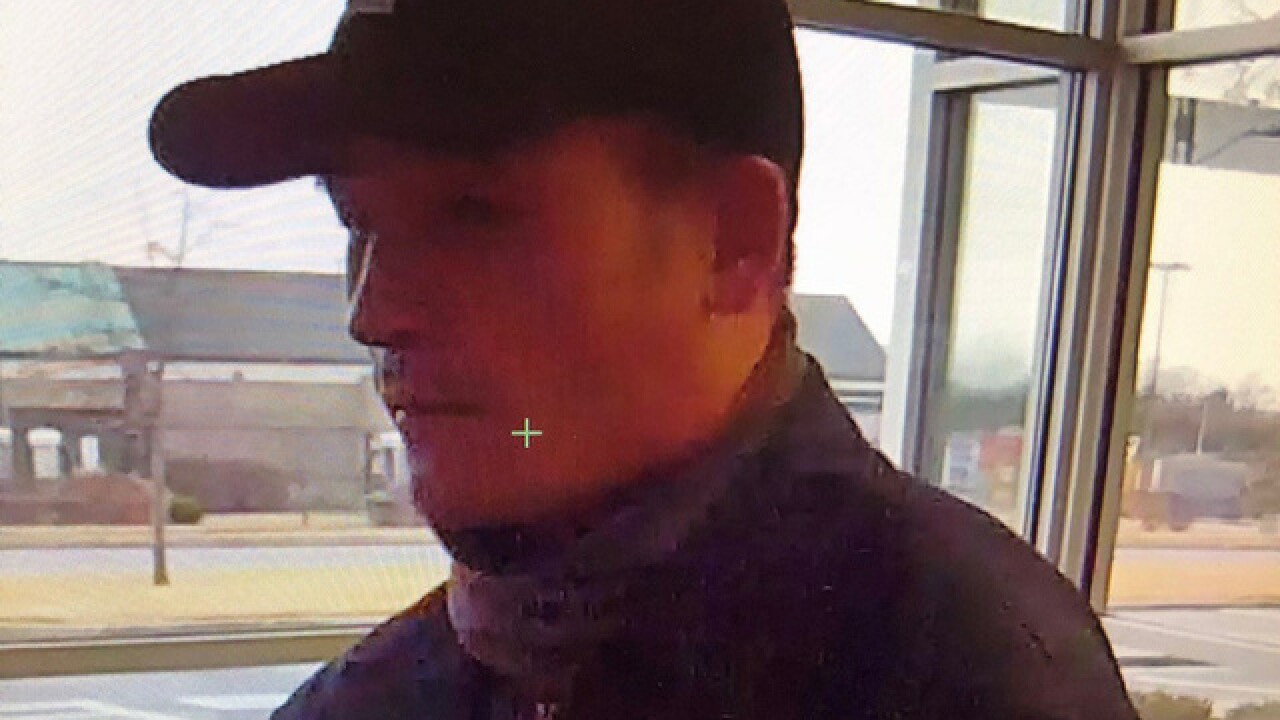 BONNER SPRINGS, Kan. — UPDATE 9:20 PM 1/22/2018: The man suspected of robbing a Bonner Springs bank Monday has been taken into custody.

Bonner Springs police said he was captured at Harrah's Casino in North Kansas City Monday evening. He will be charged in federal court on Tuesday.

Bonner Springs police are asking for help to identify a suspect in a bank robbery.

The suspect is described as 5’6” tall, about 40 years old with a slender build. He was wearing a blue cap, blue sports pullover, blue jeans and white shoes. 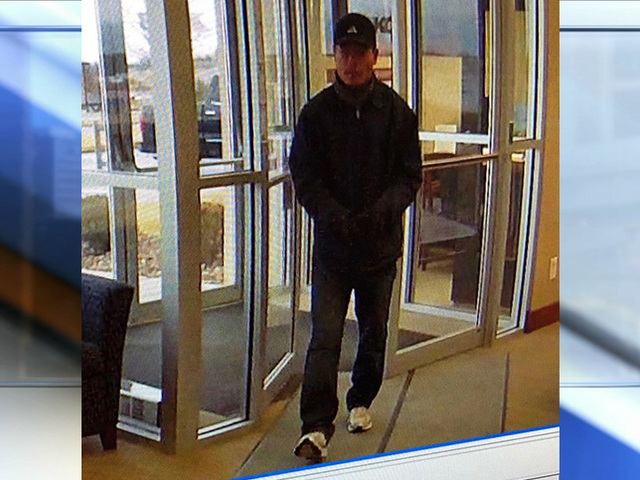 The FBI - KC Division said in a news release the suspect gave a bank teller a note demanding money. The suspect then fled the bank on foot with an undisclosed amount of cash. He didn’t show a weapon, and no one was hurt.

If you recognize the suspect or know anything about the bank robbery contact police.