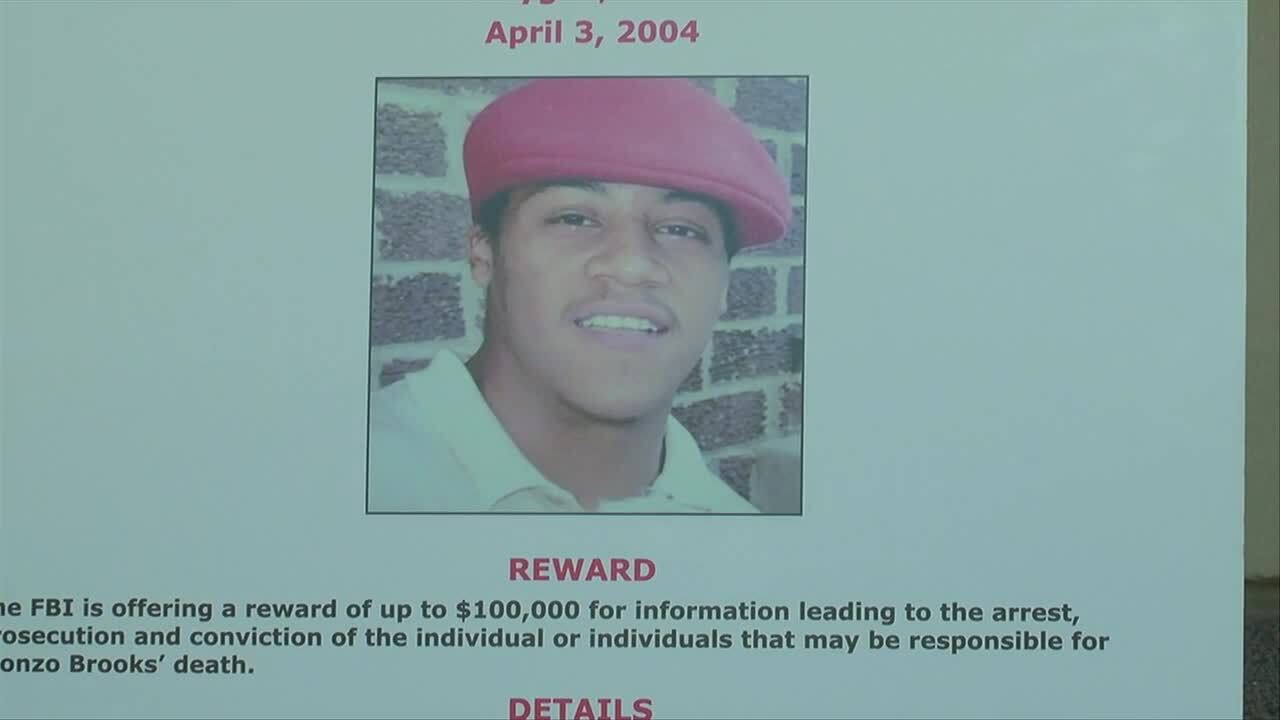 Federal officials made a renewed plea on Thursday for information surrounding the suspicious death of 23-year-old Alonzo Brooks 16 years ago in Linn County, Kansas.

KANSAS CITY, Mo. — Federal officials made a renewed plea on Thursday for information surrounding the suspicious death of a man 16 years ago in Linn County, Kansas.

Stephen McAllister, U.S. attorney for Kansas, said at a news conference that the April 4, 2004 death of Alonzo Brooks was reopened last year and the FBI is involved with the investigation.

Brooks, 23, went missing after attending a party at a farmhouse in La Cygne. His boots and hat were found near the farmhouse a short time later. Despite searches by law enforcement in the days after the party, Brooks’ body was not found until nearly one month later, when his family searched the area and found him in a nearby creek in less than an hour.

McAllister said that because his body had suffered “significant” decomposition, a cause of death could not be determined.

“But it defies reason to believe that Alonzo’s death was a suicide or that he somehow accidentally tumbled into a relatively shallow creek in Linn County, leaving behind his boots and hat, all with no witnesses whatsoever,” McAllister said at the news conference.

McAllister said some evidence, including reports of racist comments made at the party, suggests that Brooks’ death may have been racially motivated.

Brooks' parents, who attended the news conference on Thursday, said they want closure and justice for their son.

FBI Special Agent in Charge Timothy Langan said the bureau is offering a reward of up to $100,000 for information on the circumstances surrounding Brooks’ death.

“We’re confident that someone, somewhere, knows something about that evening 16 years ago, information that will be critical to this investigation,” Langan said.