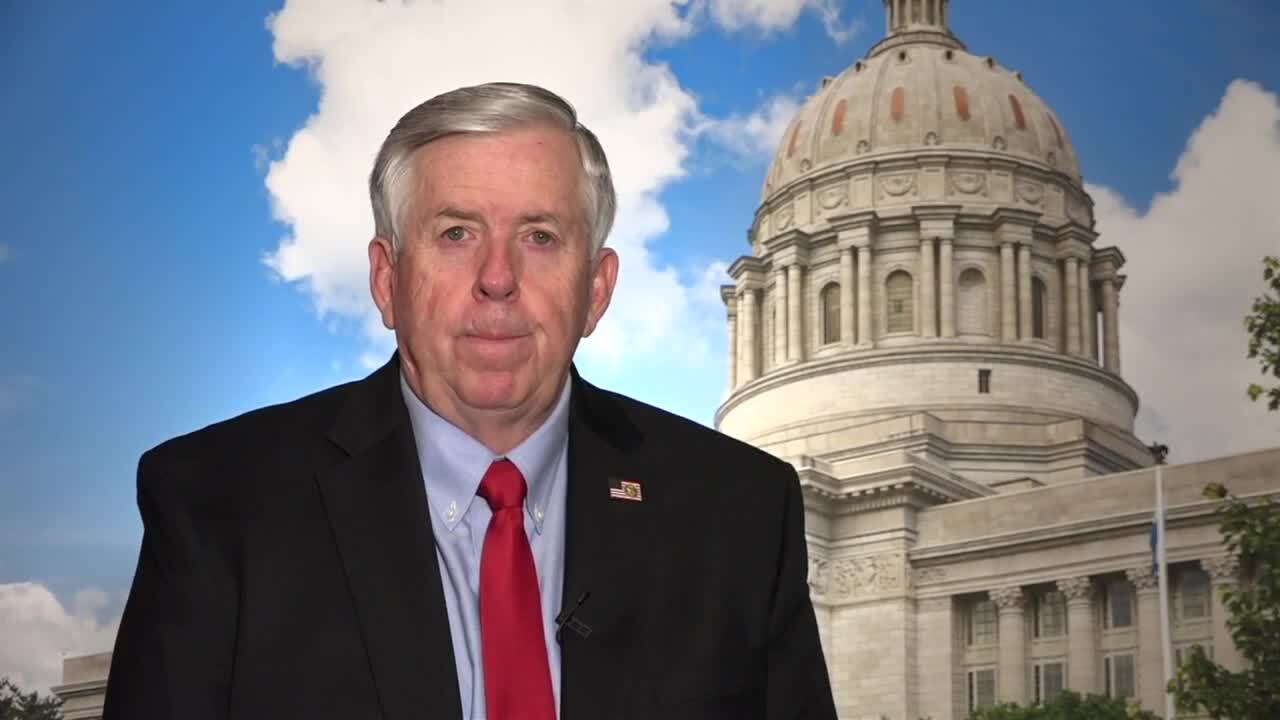 Missouri Gov. Mike Parson speaks with 41 Action News anchor Taylor Hemness on Wednesday about the state&#39;s stay-at-home order and when he expects the state to reopen.

The Urban League of Metropolitan St. Louis will receive the funding for its Servicing Our Streets Initiative. The initiative focuses on gun violence, de-escalation and providing resources to victims, Parson said.

The grant, according to the governor, had been in the works since 2019.

Parson also announced that the Missouri Senate has passed two bills during its special session on violent crime. H.B. 66 will provide resources for security of victims, witnesses and their immediate families, while H.B. 46 eliminates residency restrictions on officers in the St. Louis Metropolitan Police Department.

“The St. Louis Metropolitan Police Department is currently down by more than 140 officers and this legislation can help fill that gap,” Parson said.

“This is an excellent start; this is the first time we have had this level of concentrated resources put directly into neighborhoods,” Clark told KSDK. “This funding will allow us to expand the number of neighborhoods receiving intensive crime reduction interventions.”