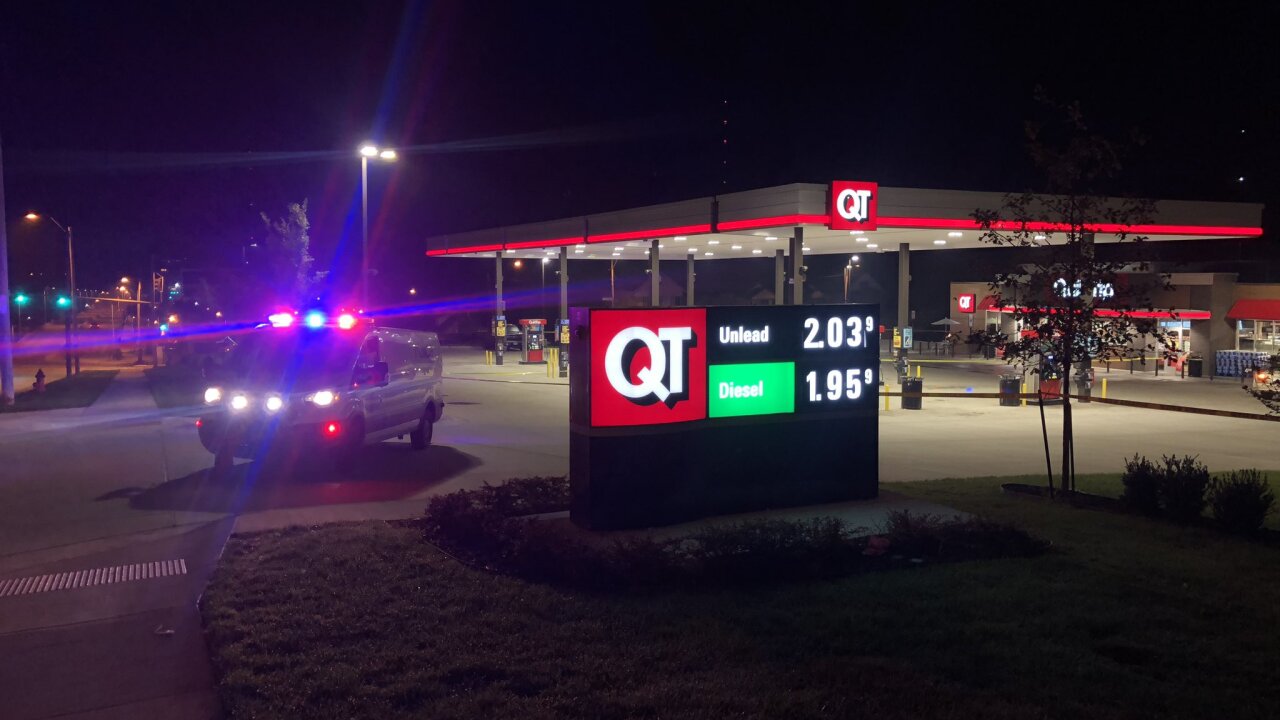 Dan Cohen/KSHB
A person with gunshot wounds showed up to the QuikTrip near East Truman Road and Ewing Avenue in Kansas City, Missouri, around 5 a.m. on Wednesday, Sept. 16, 2020, and later died from the wounds.

According to police, the victim, a passenger in a car, was shot near the 6800 block of Truman Road around 4 a.m.

The driver of the car pulled up to an off-duty police officer at a nearby Quik Trip, where the officer and a nearby EMS crew started to treat the victim.

The victim was taken to the hospital, where he later died from his injuries.

NEW: @kcpolice tell us the victim of this morning’s homicide is a juvenile male. He was the passenger in a car that came to QuikTrip where an off-duty officer and EMS crew were already here. The victim died at the hospital. KCPD is investigating where this young man was shot. pic.twitter.com/7ibXcIHZmh

The driver of the car said the passenger was shot in a nearby neighborhood and detectives are canvassing that area.

The death is being investigated as a homicide.