Independence police looking for 2 people in connection with death investigation 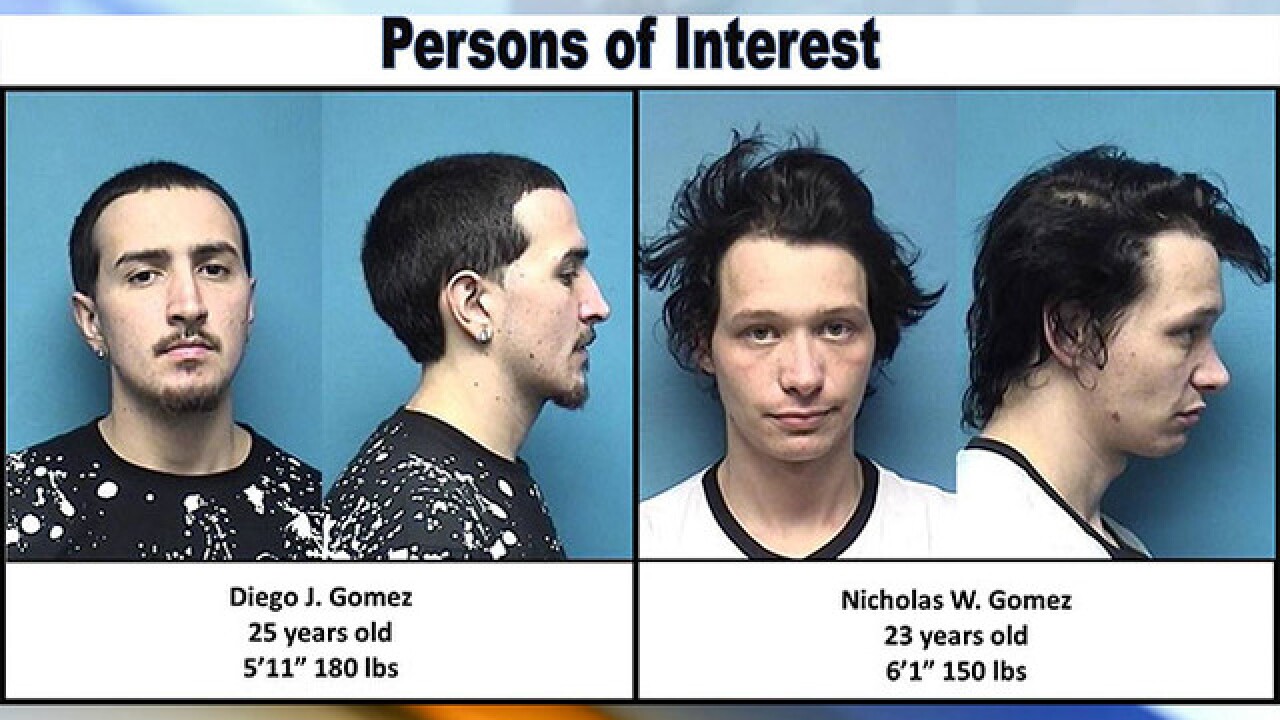 Copyright 2018 Scripps Media, Inc. All rights reserved. This material may not be published, broadcast, rewritten, or redistributed.
<p>Independence police are looking for Diego and Nicholas Gomez in connection with a death investigation.</p>

KANSAS CITY, Mo. — Police in Independence are looking for two persons of interest they believe are connected to a deadly shooting early Wednesday morning.

According to a news release, police were near 18th and Waubesa on an unrelated call when they located a stolen vehicle. The car attempted to elude police and was found abandoned on the 1700 block of Waubesa.

Two of the vehicle's occupants fled from officers on foot and were not found. A third person was found with a gunshot wound in the car. The victim was taken to a nearby hospital and later died.

If anyone has any information or the locations of Diego or Nicholas, police are asking you to call the TIPS Hotline (816) 474-TIPS or IPD tips at (816) 325-7777 or email leads@indepmo.org