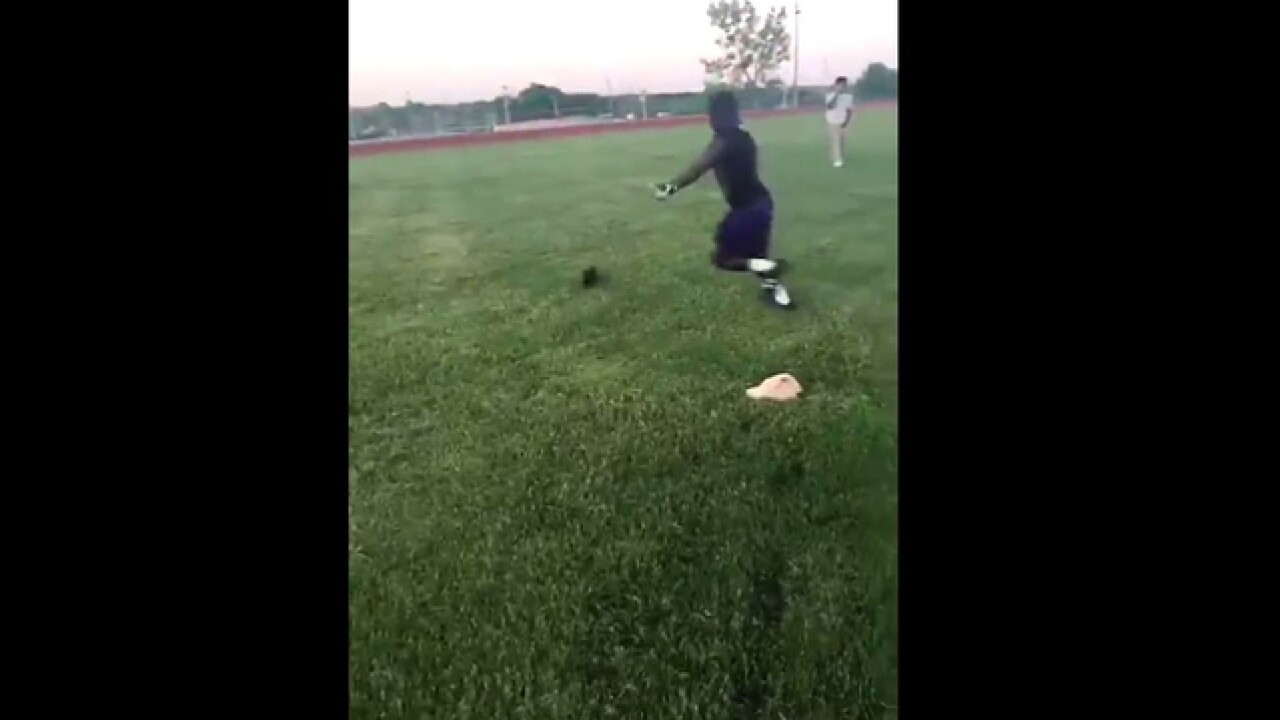 Copyright 2018 Scripps Media, Inc. All rights reserved. This material may not be published, broadcast, rewritten, or redistributed.
<p>The city of Kansas City shared a video that shows a man kicking a cat as if he was kicking a field goal. The city is looking for the person who shot the video as well as the man who kicked the cat.</p>

KANSAS CITY, Mo. – A 19-year-old Kansas City man is facing a misdemeanor charge of animal abuse after video surfaced  in May of this year of him allegedly kicking a cat as if it were a football.

He’s set to appear in court on the charge on Oct. 4.

According to court documents, investigators initially interviewed Taylor less than a week after the cat had been kicked, but Taylor denied he was the one who kicked the animal.

After receiving additional tips pointing to Taylor as the kicker, police interviewed the man who took the video, who said the cat entered the field during a football game and Taylor allegedly wanted to get it off the field.