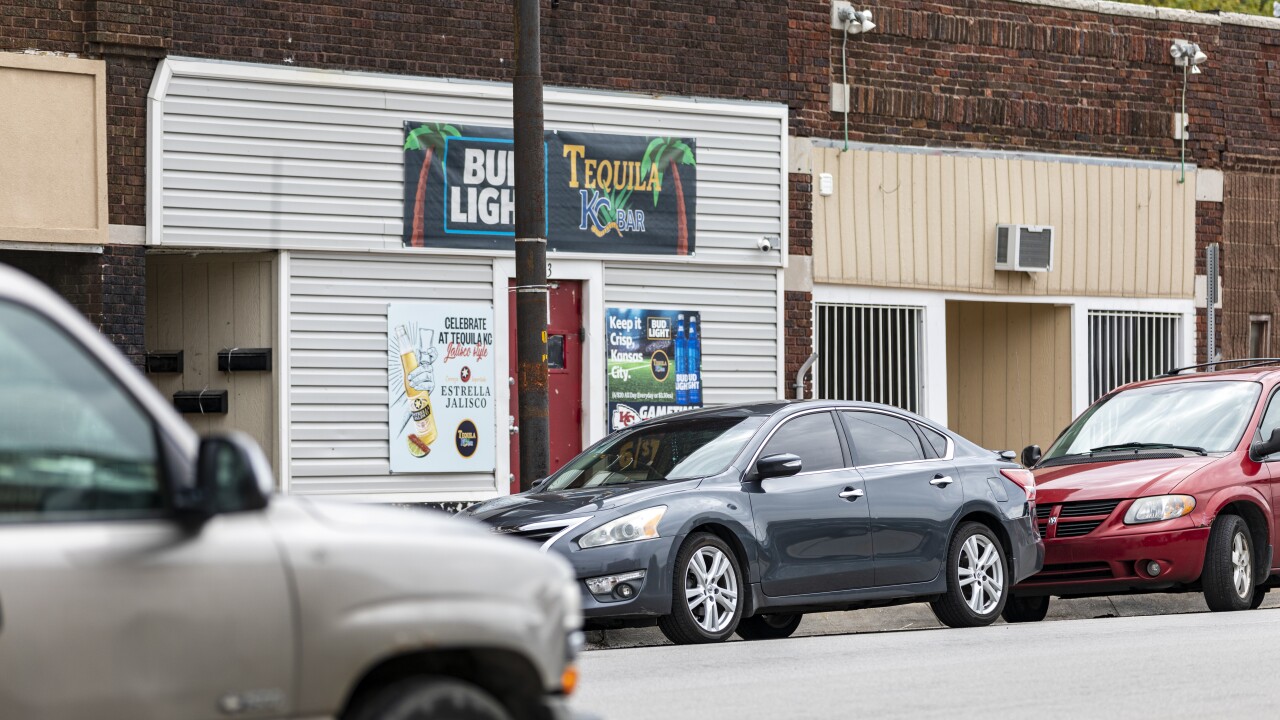 Tyler Navas
Tequila KC was the site of a shooting Sunday, Oct. 6, 2019. Nine people were shot and four were killed.

Four people died and five others were injured early Sunday morning when two gunmen allegedly opened fire on the crowd at the bar.

KCK police said they are looking for additional witnesses who may have been inside the bar but left before officers got there.

The suspected shooters are Javier Alatorre and Hugo Villanueva-Morales.

Alatorre is in custody in Wyandotte County, and Villanueva-Morales remains at large.

Both men are charged with four counts of first-degree murder each.

Anyone who sees Villanueva-Morales or has information about his whereabouts is asked to call 911 or the TIPS Hotline at 816-474-8477.

KCK police said he should not be approached as they consider him armed and dangerous.